Where Are the Indictments of Obama’s Foreign Colluders?

The indictments are in.

The Clinton campaign employed a British foreign agent who used Russian intelligence sources to put together opposition research meant to interfere with the results of a United States election. Collusion between the Clinton campaign, Steele and the Russians doesn’t require an endless fishing expedition.

Foreigners interfering in United States elections are not a new phenomenon. Muslims in Gaza famously ran a phone bank for Obama. A Hamas political adviser had declared that he hoped Obama would win.

There was no investigation. Nor did anyone indict the Gazans running the phone bank.

The indictment states that, “the Federal Election Campaign Act… prohibits foreign nationals from making any contributions, expenditures, independent expenditures, or disbursements for electioneering communications.” But Obama had chosen to accept untraceable donations from abroad. He had failed to ask for proof of citizenship and his website had even allowed donations from Iran and North Korea. 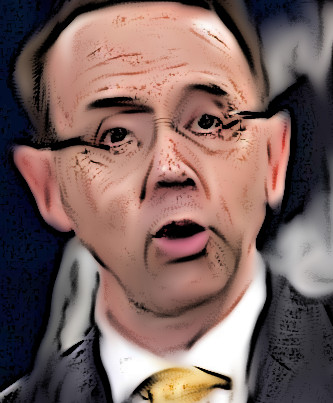 The chair of Nigeria’s stock exchange had organized an “Africans for Obama” fundraiser. The Albanian Socialist Prime Minister had been accused of a scheme to transfer $80,000 to an Obama fundraising committee. Gazans bought and resold Obama t-shirts from the campaign website. And no indictments.

None of that counts as election interference. And none of it generated an investigation of Obama.

Indicting civilians covertly employed by a foreign government to engage in propaganda in the United States is an unserious act. But Obama Inc. responded in the same futile way to Chinese hacking efforts. Responding to cyberwarfare with toothless indictments is not how you head off the next attack.

But the indictments are also bad law.

Facebook Vice President of Ad Product Rob Goldman noted that most of the Russian ad spending took place after the election.

Specifically, "44% of total ad impressions" preceded the election while “56% were after the election.”

“We shared that fact, but very few outlets have covered it because it doesn’t align with the main media narrative of Tump and the election,” Goldman tweeted.

And that’s what this is still about.

The indictment and previous research showed that the Russian troll farm had run a variety of scams across the spectrum. They posed as Black Lives Matter and Republican activists, as militant feminists, outraged Indians, as Islamists and anti-Islamists at the same time. Did Russia actually care about Black Lives Matter or Trump? About as much as that “Nigerian prince” in your email cares about your politics.

The Russian troll farms covered Black Lives Matter for the same reason that Al Jazeera does. Qatar’s Al Jazeera, Russia’s propaganda networks and the other foreign foes trying to influence Americans have a core agenda that they package inside content that Americans care about, but that they don’t.

Qatar successfully packaged its campaign against Saudi Arabia’s struggle with Iran in Yemen by embedding its Yemeni famine myth inside a grab bag of social justice causes through Al Jazeera. Russia was doing the same thing with its online campaigns, embedding its pro-Assad Syria or anti-Ukraine propaganda by packaging it with a spectrum of partisan causes that Americans do care about.

Not only does the effort predate Trump’s entry into the race, but even the indictment notes that the Russian troll farm outline had urged employees to “use any opportunity to criticize Hillary and the rest (except Sanders and Trump—we support them).” Was there also collusion between Bernie Sanders and Russia? Despite Bernie’s Soviet honeymoon, this “support” had nothing to do with collusion.

The Russian troll farm was built on engaging the most politically active and dissatisfied Americans. Going after supporters of Sanders and Trump by pretending to share their views was most likely to pay off in social media shares and influence building. The Russian troll farm wasn’t trying to change the outcome of an election. It was piggybacking on a current political controversy while playing both sides.

And, whether it’s the anthem or gun control, they went right on doing it after the election was over.

But, as Facebook’s VP of Ad Product noted, it doesn’t fit the media’s collusion narrative. The central thesis of the post-election Dem conspiracy theory is that Hillary would have won if it weren’t for the Russians. (Not to mention misogyny, Comey and around three hundred other reasons.) There’s never been any evidence that the thousands spent on Facebook ads altered the outcome of the election.

But if the Russians weren’t trying to influence the election, then the conspiracy theory collapses.

The conspiracy theory that ate Washington D.C. and most of the media assumes that the Russians wanted to influence the election. And that they wouldn’t have tried to do so of their own accord if there wasn’t collusion. But Russian collusion had originated as a Clinton smear during the election. If you believe the foreign agent hired by the Clinton campaign, it may have originated with the Russians.

That’s much better evidence that Hillary was colluding with the Russians than that Trump was.

And if the Russians were conspiring with Trump, why were they also backing Bernie Sanders? If this conspiracy existed, why did American forces just take out 300 Russian mercenaries? Why did Trump go much further in helping Ukrainian forces against Russia than Obama was ever willing to? The Russians didn’t spend much money on this conspiracy. They weren’t very consistent. And they didn’t get anything for it. That’s much more consistent with social media influence building than the Manchurian Candidate.

Mueller and the media know all this. And they don’t care.

Indicting the Russians for trying to influence the election is bad law, but it shows that Team Mueller intends to go after President Trump. The evidence that the Russians tried to interfere with the election is weak. The more conventional fraud charges would have made for a much stronger case.

But nobody gave Team Mueller millions just to find out that some Russians were engaging in fraud. The Russians are just the tools that the Democrats and their allies have weaponized to overturn the election.

Russian troll farms are not a threat to our elections. Despite the paranoid conspiracy theories, Russian Facebook ads had less impact on the election than Jill Stein. And if we’re going to indict foreigners who interfere in our elections, we can start with Obama’s international cast of donors and supporters.

The real threat to our system of free elections is the refusal of the Democrats to accept defeat. When George W. Bush won, the Democrats rejected the outcome, invented conspiracy theories and protested in the streets. They did the same thing again when Donald J. Trump won. There’s a consistent pattern here and it doesn’t involve Moscow or the Supreme Court. Those are just their excuses.

The Democrats have never accepted a Republican in the White House in this century. Forget the Supreme Court or Russia; it’s the Democrats who are the biggest threat to democracy.

This RUSSIA RUSSIA RUSSIA BS serves three main goals: (1) Keeping the political waters muddy; (2) provide ammo to the anti-Trumpers; and, (3)...prevent ANY focus on legitimate investigations of other foreign nations interfering with our elections (...looking at YOU, Mexico and China).