The Democrats and the media spent a week lying to the American people about the “memo.”

A former White House Ethics Lawyer claimed that the Nunes memo would undermine "national security." On MSNBC, Senator Chris Van Hollen threatened that if the memo is released, the FBI and DOJ “will refuse to share information with the House and Senate Intelligence Committees."

Senator Cory Booker howled that releasing the memo was "treasonous" and might be "revealing sources and methods" and even "endangering fellow Americans in the intelligence community."

The memo isn’t treasonous. It reveals a treasonous effort by the Democrats to use our intelligence agencies to rig an election and overturn the will of the voters.

The only two “sources” that the Nunes memo reveals are Christopher Steele, who was funded by the Clinton campaign, and a Yahoo News article, that were used to obtain a FISA warrant against a Trump associate. That Yahoo story came from Michael Isikoff, the reporter who knew about Bill Clinton’s affair with Monica Lewinsky but suppressed it. It was based on more leaks from Steele which the FBI and DOJ chose to ignore. Steele’s identity was already well known. The only new source revealed is Yahoo News. 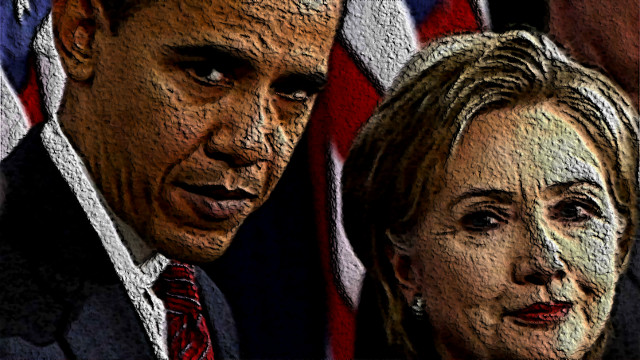 No vital intelligence sources were compromised at Yahoo News. And no Yahoo News agents were killed.

The media spent a week lying to Americans about the dangers of the memo because it didn’t want them to find out what was inside. Today, the media and Dems switched from claiming that the memo was full of “classified information” that might get CIA agents killed to insisting that it was a dud and didn’t matter. Oh what tangled webs we weave when first we practice to deceive.

Rep. Nadler, infamous for securing pardons for Weather Underground bombers, got caught between narratives when he insisted that the memo was “overhyped,” but suggested that it “endangers national security.” "I don't think anybody will be terribly shocked by what's in the memo," he told CNN.

And requested an emergency meeting of the House Judiciary Committee – a body he will head if Democrats win the mid-term elections.

Calling emergency meetings is not the response to an “overhyped” and non-shocking memo.

There is no legitimately classified information in the Nunes memo. But it does endanger a number of “Americans” in the “intelligence community” who colluded with the Clinton campaign against America.

The Clinton campaign had enlisted figures in the FBI and the DOJ to manipulate an election. The coup against America operated as a “state within a state” inside the United States government.

“The political origins of the Steele dossier were then known to senior DOJ and FBI officials,” the memo informs us. But they did not reveal on the FISA application that their core evidence came from the Clinton campaign. Sources were certainly being protected. But they were Clinton sources.

The memo reveals that without the Steele dossier there would have been no eavesdropping on Carter Page, the Trump associate targeted in this particular case. “Deputy Director McCabe testified before the Committee in December 2017 that no surveillance warrant would have been sought from the FISC without the Steele dossier information.” But the FISA application neglected to mention that its primary source had been paid by the Clinton campaign, was unverified and would continue to be unverified.

FBI Director Comey testified that he had told President Trump that the dossier was "unverified." Yet the "unverified" piece of opposition research was used as the basis for a FISA application.

As Rep. Jim Jordan noted, “FBI takes ‘salacious and unverified’ dossier to secret court to get secret warrant to spy on a fellow American, and FBI doesn't tell the court that the DNC/Clinton campaign paid for that dossier. And they did that FOUR times.”

"There's been no evidence of a corrupt evidence to obtain warrants against people in the Trump campaign," Rep. Adam Schiff insisted. That’s why he tried to block the release of the evidence.

"In September 2016, Steele admitted to Ohr his feelings against then-candidate Trump when Steele said he “was desperate that Donald Trump not get elected and was passionate about him not being president,” the memo informs us.

That’s former Associate Deputy Attorney General Bruce Ohr whose wife was being paid by an organization hired by the Clinton campaign to investigate Trump. Ohr then passed along his wife's opposition research to the FBI. The evidence couldn’t be any more corrupt than that.

Steele was passionate about Trump “not being president.” So were his handlers who ignored his leaks to the media until he “was suspended and then terminated as an FBI source for what the FBI defines as the most serious of violations—an unauthorized disclosure to the media of his relationship with the FBI.” His previous meetings, including the one that allegedly generated the Yahoo News article, were ignored.

Tainted investigations are nothing new. Law enforcement is as fallible as any other profession. But the memo reveals a snapshot of just how many top figures colluded in this corrupted and tainted effort.

What drove them to violate professional ethical norms and legal requirements in the FISA applications?

Top DOJ and FBI officials shared Steele’s “passion,” and that of his ultimate employer, Hillary Clinton, to stop Donald Trump at all costs. And they’re still trying to use the Mueller investigation to overturn the election results in a government coup that makes Watergate look like a children’s tea party,

Former Deputy Director Andrew McCabe is already under investigation. He’s suspected of trying to sit on the Wiener emails until the election was over. This alleged failed cover-up triggered the Comey letter which hurt Hillary worse than a timely revelation would have. McCabe’s wife had financial links to the Clintons.

Former Acting Attorney General Sally Yates was an Obama holdover who had foolishly tried to use the DOJ to go to war with President Trump. Both Yates and Dana Boente were Obama and Holder choices. During the groundless prosecution of the former Republican governor of Virginia, Boente had declared, “No one is above the law.” We’ll see if that’s true with everyone who signed the FISA applications.

If Boente signed false or misleading FISA applications, he should be removed as FBI General Counsel.

The memo is only the first crack in the wall. But it’s grounds for an investigation that will expose the abuses that led to eavesdropping on Trump officials. And the motives of those who perpetuated them.

A Washington Post piece suggested that just releasing the memo alone would allow Mueller to charge President Trump with "obstruction of justice." That’s how badly they want to get Trump.

A clear and simple fact emerges from the memo.

Top figures in the DOJ and the FBI, some loyal to Obama and Hillary, abused the FISA process in the hopes of influencing or reversing the results of an election by targeting their political opponents. The tool that they used for the job came from the Clinton campaign. Using America’s intelligence services to destroy and defeat a political opponent running for president is the worst possible abuse of power and an unprecedented threat to a democratic system of free open elections.

A Justice Department that acts as the Praetorian Guard for a political campaign is committing a coup and engaging in treason. The complex ways that the Steele dossier was laundered from the Clinton campaign to a FISA application is evidence of a conspiracy by both the DOJ and the Clinton campaign.

It’s time for us to learn about all the FISA abuses, the list of NSA unmasking requests of Trump officials by Obama officials and the eavesdropping on members of Congress. We deserve to know the truth.

The memo has been released. Now it’s time to release everything.

These were acts of sedition given that they (FBI,DOJ officials) knew the problematic origins of the evidence. Treason, the actual commission of acts, may be possible if there was direct coordinated collusion regarding the out come among them and the Clinton campaign. Perhaps this is the secret society referred to by Strzok,Page communications. Given the Democrats outcry, it may be possible multiple reps also knew what was being undertaken. Given Rod Rosenstein's involvement and subsequent alleged threats means the Mueller investigation is merely a continuation of their earlier efforts. No wonder Mueller halted the sentencing against Flynn.

The Democrat Media Complex was in full force this past week. Expect no less in the future.

You are spot on: and it will probably get worse, as Sundance explains.

So when does the real war start?