A REMINDER OF THE REAL SCANDAL: Here are the FISA Court Documents Revealing How the Obama-Comey FBI abused surveillance powers

Lest we forget, one of Barack Obama's dozens of scandals historic firsts was turning the FBI into a massive political surveillance operation. That's not my subjective spin, that's the written opinion of the Foreign Intelligence Surveillance Court (FISC).

These agencies, including the FBI, routinely accessed the communications (emails, texts, etc.) of American citizens. Nearly 90 percent of all such queries were deemed violations of various laws, starting with the Fourth Amendment prohibiting illegal searches.

And no one, to my knowledge, has ever been held accountable.

Below are the key paragraphs describing the scope of the abuse. 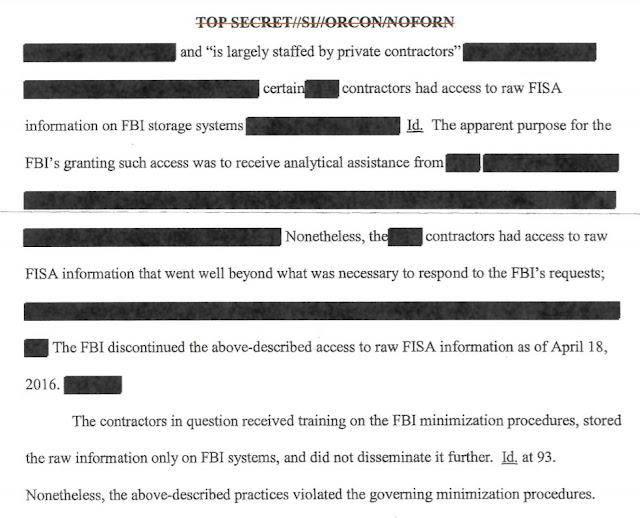 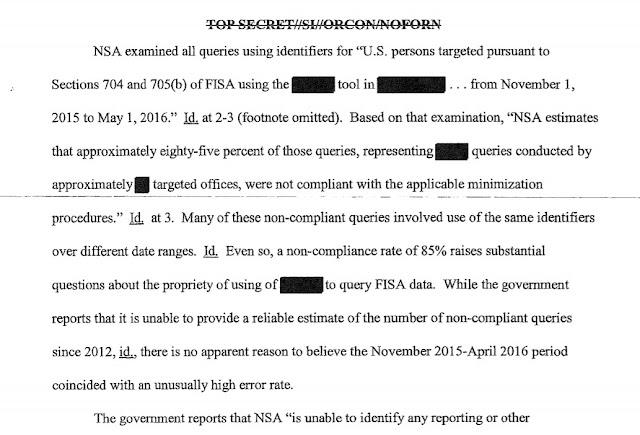 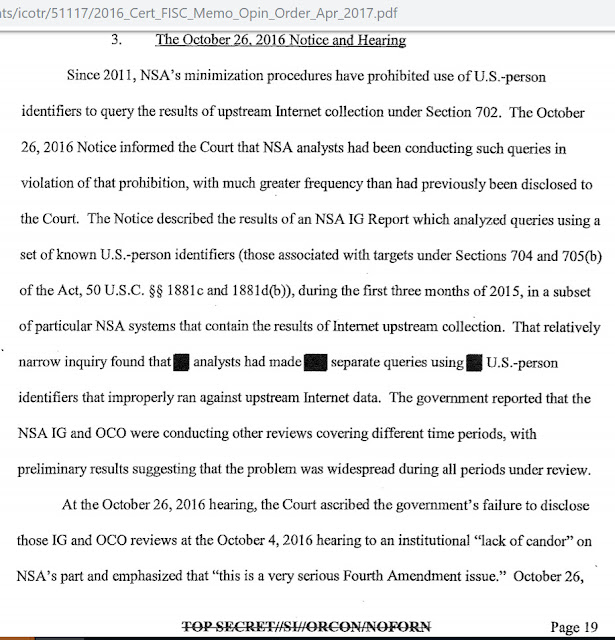 Just a reminder for the next few weeks. And also a reminder that legacy media -- as they did with pedophile Jeffrey Epstein's various johns -- ignored a massive and malignant scandal.

nancyoooooh said...
This comment has been removed by a blog administrator.
11:17 AM