Here`s the Dilbert Cartoon that got Dilbert Banned in China

The brilliant Scott Adams, creator of the eponymous Dilbert graphic series, has reportedly been banned in the People's Republic of China (PRC). Published on Sunday, October 27th, the cartoon... well, I won't say anything. It speaks for itself: 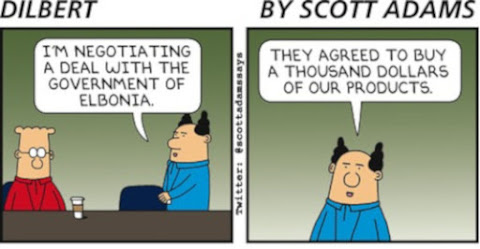 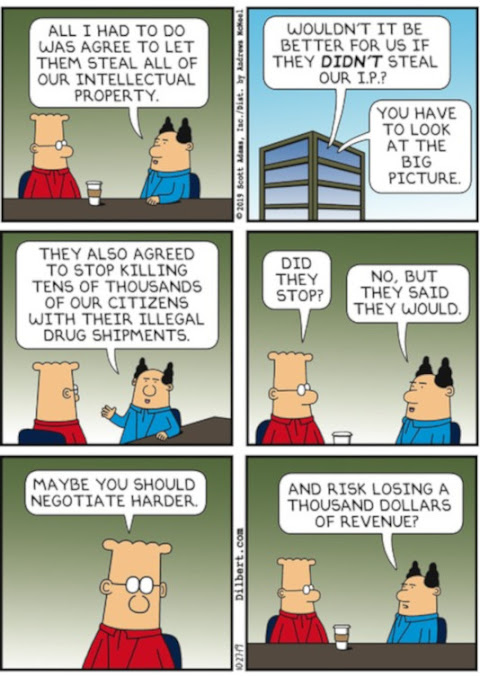 Here's a news flash for ABC, CBS, CNN, MSNBC, The New York Slimes, the Washington Compost, PBS, and the rest of the halfwit media: this is what we call speaking truth to power.

Hulver said...
This comment has been removed by a blog administrator.
1:33 AM

Scott lost his stepdaughter to drugs from China, the man would nuke Chyna if he could, he loves to point out the facts of Chyna's bullshit.