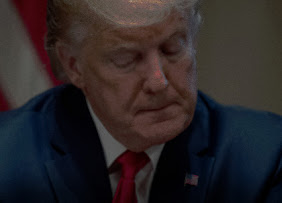 The anti-Trump writ is that it is impeachable even to delay to the Ukrainians lethal military assistance while citing the need to investigate the corruption of Ukrainians, including the career of Hunter Biden, whose father, the former vice president and “point man” on Ukraine, is now running for president.

Supposedly irrelevant to this inquiry is the prior policy of denying military aid to Ukraine, intervening in Ukrainian politics to fire a prosecutor by threatening a cutoff of even nonmilitary aid, and ignoring that the vice president’s son served as a lucrative functionary with a corrupt Ukrainian company while his father was adjudicating U.S. aid to Ukraine.

So why this disconnect? The reason is not “Ukraine,” merely the latest iteration in a long series of efforts, but rather existential hatred. 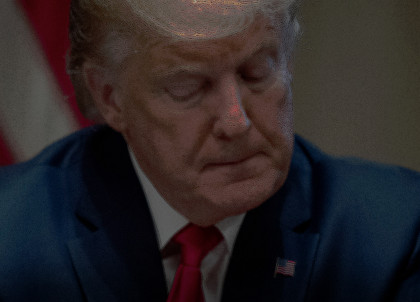 The furor of the Left that fuels serial efforts to end the Trump presidency before the 2020 election is at times similar to NeverTrumpism—at least it is in that they argue Trump’s comportment and behavior should earn repulsion and justify his removal.

Both anti-Trump schools believe that Trump is such a brazen affront to the office of the presidency that rare methods are justified to remove him, including but not limited to past efforts to warp the Electoral College, to invoke the emoluments clause, the Logan Act and the 25th Amendment, to empower the Mueller investigation, and ultimately the effort to impeach Trump on grounds of “quid pro quo,” “bribery,” or “obstruction” in reference to Ukraine.

But the Left’s antipathy is also different.

In addition to these aesthetic reasons, it seeks Trump’s removal because of, not in spite of, his administration’s record and policies. That is, according to a variety of barometers, the Left considers Trump to be the most conservative, and thus the most threatening, president since Ronald Reagan. He has not just sought to undo Barack Obama’s political legacy, in many cases he has been successful—on illegal immigration, energy policy, abortion, taxes, foreign policy, and a host of cultural and social issues.

Trump also adds insult to injury in that he also has used many of Obama’s own methods to enact what self-styled progressives regard as regressive policies, especially free and unfettered use of executive orders and a similar masterful use of the bully pulpit.

If ex-reality TV star Trump lacks the teleprompted cadences of Obama, his sharp repartee and rally rhetoric are as or often more effective. Obama sometimes baited enemies like Fox News host Sean Hannity and had the government surveille Associated Press reporters; Trump matches such combativeness instead with ad hominem references to his media critics.

The Left also differs again from the NeverTrump Right on the perceived dangers posed by Trump’s unorthodox behavior. The Left fears and hates Trump’s character and persona for a variety of reasons, including the fact that his earthiness earns a large audience of middle Americans—many of them formerly blue-collar Democratic voters in critical swing districts and states.

Unlike a Romney or McCain, Trump’s earthy populism and not quite orthodox Republicanism are aimed at working people in general, and increasingly to minorities in particular. In other words, Trump is the first Republican in recent years who seeks not just to win an election from a Democratic rival, but to weaken the political foundations of the current Democratic hold on power in general.

Progressives also grasp that Trump has also ended the Republican Marquess of Queensbury rules of restraint that had helped Democrats in the past, especially in the 2008 and 2016 elections.

The combative Trump instead adopted prior “war room” protocols of liberal scrappers like Bill Clinton and Barack Obama, and seems to prefer winning ugly than losing nobly. NeverTrumpers share this repugnance at Trump’s politicking, but not because it might erode Democratic support. They are angrier because it is a style that neither conveys proper coastal conservatism nor reflects good breeding, education, and ZIP-code manners—and it appeals to deplorable voters, whom John McCain once called the “crazies,” and whom the establishment Republicans do not really want in their static party.

The Left also feels that Trump’s combativeness is holistic. His push-backs are not just issue-orientated. Instead, he seeks to oppose the entire progressive project in a way not seen before, ranging from weighing in on almost anything from Colin Kaepernick to railing against “fake news” and replying to celebrity tweets.

Trump is a sleepless anti-progressive in all cultural, economic, social, and political spheres. He earns an ethereal hatred from progressives for not just being against, but also eager to oppose fanatically, almost every conceivable aspect of their world view.

There are inconsistencies and incoherencies in all these anti-Trump views.

First, there is a high bar—indeed no contemporary precedent—for attempting to remove a modern president in his first term with a presidential election less than a year away, without bipartisan and popular majority support, and without a special prosecutor’s findings of illegal or even unethical behavior.

Such an unusual gambit requires some standard of prior presidential behavior that is constant across time and space—immune from the interplay of changing politics and technologies, such as the use of the Internet and social media, or the different codes, behaviors, and protocols of the current national media.

So far, we have heard none.

By that I mean, did Trump’s pre-presidential escapades with Stormy Daniels reach the levels of John F. Kennedy’s or Bill Clinton’s presidential frolicking with young female staffers, aides, or political associates in the White House itself?

Do his business deals while in office reach the level of egregiousness of Lyndon Johnson’s profiteering? Was Trump carrying on an affair with the help of his daughter as intermediary in the fashion of Franklin Roosevelt? Is his use of profanity or crudity as bothersome as Harry Truman’s?

If the Internet, social media, and a 90 percent hostile press existed in those eras, would the above had faced scrutiny analogous to that now shown Trump?

Or compare Trump’s current three years with the tenure of his immediate predecessor, Barack Obama.

Was Trump caught in public on a hot mic finalizing a quid pro quo arrangement akin to the one Barack Obama summarized with outgoing President Dimitri Medvedev that soon led to Vladimir Putin giving the American president needed helpful “space” during his reelection bid in order to win U.S. abandonment of Eastern European missile defense? Was that a “bribe” in which Obama diminished U.S. security interests in robust missile defense to the benefit of his own reelection campaign? Did Trump forbid all lethal military aid to Ukraine in order not to aggravate Putin—as Obama did?

Has Trump conducted government surveillance on suspected leakers, such as Associated Press journalist critics or a Fox reporter? Had he, would he be impeached? Has he weaponized the IRS to use its vast power to deny nonprofit status to perceived hostile left-wing groups in the climate of an upcoming campaign? Are the current directors, respectively, of the Trump Administration’s Office of National Intelligence, CIA, and FBI now peddling an opposition research dossier on Senator Elizabeth Warren (D-Mass.), paid for with Trump campaign money and compiled by a hired British foreign national, who in turn drew on bought Russian rumors and gossip?

I could go on. But the point is that no one yet has convincingly argued that Trump’s behavior in office does not meet the standard of successful presidents such John F. Kennedy or Bill Clinton (neither of whom was removed from office). Do we wish to criminalize politicking as a substitute for elections?

In this wider context, impeachment is rebooted as no longer a rare gambit, but a sort of parliamentary vote of no confidence, analogous to a European government. When Democrats lose elections, they can now immediately talk of impeachment first, and find the supposed crimes later. Democrats are not fearful of institutionalizing impeachment without cause. Indeed, they welcome its normalization in times of Republican presidencies.

The common denominator in all this frenzy hatred?

None of the haters cares that unemployment is at near record lows, the stock market at record highs, economic growth steady, inflation and interest rates low, minority employment at all-time levels—or that there is a looming shared need to address entitlements and deficit sooner than later.

None care that for three years, there has been a nonstop effort from within and outside government to end the Trump presidency, or at least to sabotage it along the lines outlined by the anonymous New York Times op-ed writer, the whistleblower lawyer Mark Zaid, or departing Department of Defense official Evelyn Farkas, or as bragged about by #TheResistance.”

We are now living is a brave new American world never envisioned by the Founders.

PragerU Video - 5 Reasons to Be Thankful for America
https://commoncts.blogspot.com/2019/11/prageru-video-5-reasons-to-be-thankful.html

I am reminded of the muted, almost desultory and resentful response to the fall of the Berlin Wall in1989 by the leftits of that day. Their nemesis Reagan (along with Thatcher and John Paul II) had disassembled the European Communist empire by his simple refusal to be cowed. They hated him for succeeding, never once pausing to ponder why he succeeded.

Ahh, Ukraine. The place getting politicians rich for 30 years. The only reason the Dembiciles are mad, is because Trump is cutting out their kickbacks !

"Never Trump Right" No such thing for the past 3 years. They are just the pretend progressive "opposition". Nothing conservative about them.