Impeachment, we are reminded by our betters, is a political process, not a criminal trial.

The president does not need to be accused of violating a specific law; evidence is whatever the House of Representatives wants it to be. The credibility of any witness, especially one wearing the uniform of the United States military, cannot be questioned. Ditto for the motives of any witness. Hearsay is Exhibit A; New York Times articles, Exhibit B.

But what truly animates the current impeachment crusade is the same ploy that’s been used against Donald Trump since 2016—a drumbeat of attacks from nameless, faceless partisans tasked with destroying Trump first as a candidate, now as the president. Anonymity gives cover to their political agenda under the guise of courage and “speaking truth to power.” Democratic lawmakers, the news media, and NeverTrump Republicans—unable to make a compelling case for Trump’s removal aside from Orange Man Bad—wield the incognito heroes’ charges as incontestable fact.

It is, for the most part, an anonymous coup.

The so-called “whistleblower” is just the latest mystery man to make damning accusations about Trump’s alleged malfeasance. After reports leaked about the “whistleblower’s” detailed report claiming the president threatened to withhold federal aid from Ukraine unless the country’s new president investigated the Bidens—an attempt to “solicit interference from a foreign country in the 2020 U.S. election,” he warned in the nine-page complaint—there were widespread calls for the patriot’s immediate testimony.

“We‘re in touch with counsel and look forward to the whistleblower’s testimony as soon as this week,” House Intelligence Committee Chairman Adam Schiff (D-Calif.) tweeted on September 24. Several days later, Schiff disclosed that he was negotiating the terms of the “whistleblower’s” testimony before his committee. 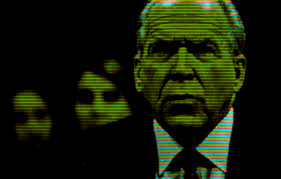 But after the White House released a transcript of the phone call between Trump and Ukranian President Volodymyr Zelensky, the credibility of the “whistleblower” began to shred. News reports revealed that a Schiff staffer met with the unnamed accuser before he filed the official complaint in mid-August; contact Schiff initially denied. Trump and congressional Republicans started raising more questions about the author of the complaint and the suspect timeline of events.

Suddenly, the “whistleblower’s” testimony became unnecessary. Insisting that the call’s transcript proved that the “whistleblower” accusations were accurate, Schiff lost interest. Further, Schiff warned, the president and his supporters had placed the “whistleblower’s” life in danger. The media quickly took its cue and now refuses to name the “whistleblower,” even though journalist Paul Sperry last week confirmed his identity as Eric Ciaramella, a partisan operative with ties to former CIA Director John Brennan and former Vice President Joe Biden.

For more than three years, anonymous accounts of wrongdoing by Trump and his associates have been weaponized by the same news media now desperate to conceal the identity of the latest covert agent working to oust Trump. (The attorney for the “whistleblower” declared in January 2017, the “coup has started.”)

A roster of Trump-loathing operatives, protected by journalists as officials speaking on the “condition of anonymity,” have revealed classified information intended to get Team Trump and have made false allegations with impunity.

It began with unproven accusations compiled in a “dossier” authored by a “former British intelligence officer” that suggested the Trump campaign was in cahoots with the Kremlin to sway the outcome of the 2016 presidential election.

Unnamed “U.S. intelligence officials,” according to the first collusion bombshell written by Yahoo News’ Michael Isikoff on September 23, 2016, were looking at nefarious ties between Trump campaign aide Carter Page and Russia. Citing a “Western intelligence source,” Isikoff furnished specific details about Page’s alleged contacts with Putin associates. While Isikoff had no qualms reporting every little dossier-sourced detail about Carter Page, including what he later discovered to be untrue, Isikoff generously covered for his politically-motivated informants and refused to name names.

One week before Election Day, David Corn of Mother Jones juiced the Trump-Russia collusion tale with an article describing how a “veteran spy” had damning information about a plot between the Trump campaign and Russia to steal the election from Hlilary Clinton. The “former Western intelligence officer,” Corn reported, was working with the FBI. The agency expressed “shock and horror” upon reviewing the spy’s “report and other memos.”

When pressed by Corn (who knew the identity of the “spy” because he interviewed him personally), more unnamed bureaucrats vouched for his credibility. “[H]e has been a credible source with a proven record of providing reliable, sensitive, and important information to the US government,” according to a “senior U.S. government official.”

What the public later learned is that the “Western intelligence officer,” was Christopher Steele, a London-based consultant who had been hired by an opposition research shop in Washington D.C. to dig up dirt on the Trump campaign; Steele’s benefactors were the Clinton campaign and the Democratic National Committee. The reports and memos were not legitimate intelligence or anything of the sort—it was campaign propaganda aimed to smear Team Trump. (Steele’s identity was concealed by the media until mid-January 2017.)

The following month, the Post accused Flynn of discussing sanctions with the ambassador during the calls according to “nine current and former officials, who were in senior positions at multiple agencies at the time of the calls, [and] spoke on the condition of anonymity to discuss intelligence matters.” After days of brutal news coverage, Flynn resigned on February 14, 2017.

But the Post wasn’t done. In April 2017, the Post revealed that the FBI had a FISA warrant on Carter Page. “The officials spoke about the court order on the condition of anonymity because they were not authorized to discuss details of a counterintelligence probe,” Devlin Barrett, Ellen Nakashima, and Adam Entous reported. That bombshell, according to the reporters, offered the “clearest evidence yet” that Jim Comey’s FBI was justified in investigating the Trump campaign.

What the reporters fail to note, time and again, is that discussing classified government information, such as intercepted phone calls between White House advisors and foreign officials or the existence of a FISA warrant, is a felony punishable by up to 10 years in prison.

There are too many more examples to list here—the ones mentioned are just the most egregious.

And there is more to come. A Warning, a new book authored by an anonymous “senior official,” is expected to be published in a few weeks. It’s the same unknown administrative insider who penned a lengthy September 2018 op-ed for the New York Times harshly criticizing the president and extolling the virtues of bureaucrats within the administration working to stop him. “The bigger concern is not what Mr. Trump has done to the presidency but rather what we as a nation have allowed him to do to us,” the nameless snitch warned. “We have sunk low with him and allowed our discourse to be stripped of civility.”

The title already is a bestseller and it won’t be available until November 19.

History is littered with bloodless coup attempts. But in the Trump era, enemy combatants not only are spared bloodshed, they don’t even have to give their names. That’s not courage or “speaking truth to power”—it’s calculated cowardice that would be out-of-bounds in any criminal trial, job setting, or personal relationship. Impeachment rules aside, most Americans will, and should, view this as patently unfair and a legitimate danger to our system of government now and in the future.

30 years ago today - The Berlin Wall came down! (video)