Vindman Is Not Enough


Ralph Waldo Emerson was right. “When you strike at a king,” he wrote, “you must kill him.”

But in the case of the deep state versus the commander-in-chief and chief executive of our Republic, like poor marksmen, the political assassins fired shot after shot yet missed their intended target every single time they pulled the trigger.

From Operation Crossfire Hurricane to the Billy Bush tapes. From Stormy Daniels to Donald Trump’s tax returns. From Michael Cohen and federal election law violations to Paul Manafort and his mortgage filings. From framing General Mike Flynn to deploying SWAT teams to arrest Roger Stone for a process crime. From Russian collusion and the Mueller probe to the ludicrous Ukrainian “quid quo pro,” the Democrats have tried for four years now first to derail candidate Trump’s nomination and then to remove him from the White House after 63 million American chose to put him there.

These may not have been palace coups or violent revolutions, but when esteemed presidential historians such as Conrad Black deem this litany to be a string of “bloodless assassination attempts” then we must pause and ask ourselves how we stop those who, by their words and deeds, have demonstrated time and again that they do not care one iota for our Constitution or for the will of the American people. 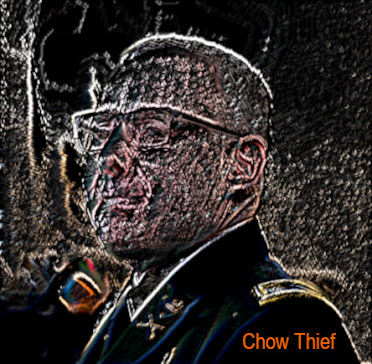 For as the similarly renowned Victor Davis Hanson has written, they will not stop just because the Senate refused to remove President Trump from office and acquitted him of the concocted charges. To use the words made famous by a deadly revolutionary so idolized by the likes of Representative Alexandria Ocasio-Cortez (D-N.Y.) and Senator Bernie Sanders (I-Vt.): “What is to be done?”

Yes, the most obvious instigators and conspirators involved in the outrageous impeachment farrago have been escorted from the White House or recalled from their cushy overseas postings. But that is not enough.

The Vindman brothers, Alexander and Yevgeny, so far have gotten off scot-free and the one who actually testified in uniform against his commander-in-chief because he thought he, rather than the president, should be in charge of America’s foreign policy is on his way to a delightful war college posting, instead of being brought up under Article 15 charges for leaking classified information and then countering his superiors.

At the very least, the Ukrainian-born Alexander Vindman should be subject to a full judicial review under the Uniform Code of Military Justice, if not actually charged with seditious activity.

What’s more, we still live in a “Twilight Zone” where Facebook and the chief justice of the United States are protecting the identity of the so-called whistleblower who was the catalyst for the whole impeachment process and who arguably broke the law by colluding with House Intelligence Committee Chairman Adam Schiff (D-Calif.) in contravention of the original whistleblower statute.

But the Vindmans, Ambassador Gordon Sondland, and the missing whistleblower are not the embodiment of deep state. They are just four bad actors in a sea of malcontents, subversives, and NeverTrump saboteurs. It is good to see the Justice Department finally crack down this week on the travesty of justice meted out against General Michael Flynn and Roger Stone, as proven perjurers James Comey, James Clapper, and John Brennan preen on TV and gallivant across the nation selling their memoirs. But it is not enough.

God willing, should Donald Trump win reelection to a second term as our 45th president, his whole legacy will stand or fall on one question: Will he begin to drain the swamp in earnest or not?

To that end, should he win re-election, he must bring in a personnel czar who will review all the 4,000 senior political appointments under his purview, and ask one question: is the appointee willing and able to implement the MAGA agenda as mandated by the American people?

If not, that person must be terminated from government service immediately and replaced with someone who believes in the Constitution, the will of the voters, and in Keeping America Great.

Fire them all. Just to be sure.

Unknown said...
This comment has been removed by a blog administrator.
10:09 PM