The Timeless Wisdom of E.J. Dionne: Screw the will of the people -- ram Obamacare down citizens' throats!

With a lede that will soon prove timeless, General E.J. Dionne of The Washington Post just penned the Democrat equivalent of the Gettysburg Address.

His troops: Congress. His battle-cry: socialized medicine must pass. His game plan: a strategy worthy of Sun Tzu.

There is no question that Democrats have looked weak in responding to the Massachusetts election.

The notion that they would just shelve health care after all they have put into it... paints a portrait of a party that, to say the least, lacks persistence and conviction. But there is a good reason behind all the confusion.

That the American people reject socialized medicine? That they despise Marxism? That they flip off the agenda of the radical sixties washouts, to the extent that Massachusetts -- Massachusetts! -- just elected a conservative Republican Senator to fill

? Ehm, no. Dionne is on a different page.

The core problem is that the House Democrats no longer trust the Senate Democrats... That’s why there is resistance in the House to the most straightforward solution, which is for the House to pass the Senate health-care bill and send it to the president, and then to use the reconciliation process (which requires only 51 votes in the Senate) to pass the changes in the bill that House and Senate negotiators have agreed to -- or, at least, as many of those changes as is procedurally possible. They can’t get all the changes into law that way, but they could get a lot of them.

Dionne could be this era's Montesquieu. Apart from the fact he doesn't believe in representative government. Nor Democracy. Nor the Constitution. They -- according to the WaPo's version of John Locke -- are anachronisms.

The strategy must be 'Ram the bill through' at all costs! Full speed ahead -- no matter the rules of the Senate, It. Must. Pass.

So here’s an idea, I have been told reliably, that leaders of both Houses are considering: The House would pass a version of the reconciliation bill containing the various amendments and send it to the Senate. The Senate would change it slightly (in ways that the House agreed to), which would require the House to vote on it again. Only after it got the revised reconciliation bill would the House take up the Senate bill. The House could then pass both bills and send both to the president. Problem solved, health-care passes, and we move on.

Sounds simple! Errr... what was that again?

One slight problem, Cicero of the Post: Democrats in districts not in the following zip-codes... 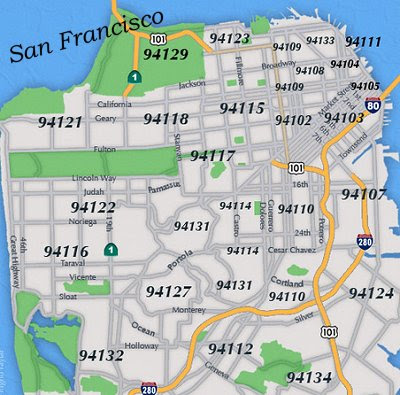 ...are frickin' toast. Stick a fork in their backs, because they. Are. Done.

Not all the difficulties with this scenario have been worked through, and it is not a slam dunk.

Genius. Dionne is the Patton of the Leftist crypto-Marxist state-run media, only without the tanks, the cojones or the brains.

For one thing, House Speaker Nancy Pelosi faces a revolt on her left against passing the Senate bill without changes. Some may still have to be persuaded to make sure it gets the votes it needs. There are also some House Democrats from moderate-to-conservative districts who are wary, after Massachusetts, of voting for a health-care bill, period. And there are a lot of procedural issues that need to be ironed out.

Aside from those minor quibbles, Obamacare is just a few short days from passing.

Nonetheless, for those (and I’m one of them) who believe in health-care reform -- and who think the Democrats would be committing suicide if they gave up on health care now -- it’s heartening to hear that serious people are making serious efforts to get a health bill through. In a pinch, I think that enacting the Senate bill into law without changes is far preferable to passing nothing... Can they do it? The answer to that question depends in part on leadership from President Obama. Can he do it?

E.J., don't doubt our President. He capped unemployment at 8% with the $787 billion Stimulus Package. He brought the Olympics back to Chicago. He reined in lobbyists, special interests and the trial lawyers. And he kept America safe from Jihadist attacks.