Senator Lamar Alexander (R-TN) suggested that Attorney General Eric Holder resign after a series of gaffes, terrorist attacks and bizarre activities that closely resemble dereliction of duty and selective enforcement of the law. 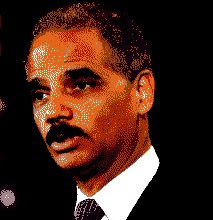 [Alexander said] the embattled Holder likely made the decision to read Miranda rights to accused underpants bomber, Umar Farouk Abdulmutallab, after 50 minutes of interrogation by the FBI...

"Perhaps he should step down," Alexander said on Sunday morning.

"(Holder's) doing a better job of interrogating CIA employees than he is of interrogating terrorists, and he's not making a distinction between enemy combatants and terrorists flying into Detroit trying to blow up planes and American citizens who are committing a crime. He needs to go to Congress and say I made that decision, and here's why. And based on that perhaps he should step down," Alexander explained.

"Over time they have had additional opporutinties [sic] to question; my sense is that he has given very valuable information. ... We have not lost anything by how his case has been handled," Axelrod said.

Axelrod's expertise in counterterror investigations, interrogations, intelligence-gathering, analysis and warfare is well-known throughout the Beltway.

Axelrod et al. costantly bloviate about all the "valuable information" Abdulmutallab provided before being read the Miranda warnings.

*IF* Abdulmutallab had the constitutional rights afforded to Americans by the Fifth and Sixth Amendments (I believe he does not), then he had those rights the minute he was taken into custody. As such, all that "valuable information" he provided before receiving the Miranda Warnings will likely be inadmissible at trial, as will any information flowing from his pre-Miranda Warning statements.

The guy is so dedicated that he trains, tries to kill himself and innocent civilians, fails, is in agony... and in less than hour he gave valuable information? Come on!