You know, I forgot Chris Matthews was an alcoholic tonight for an hour

Until reminded by NewsBusters that Matthews had beclowned himself for the umpteenth time. 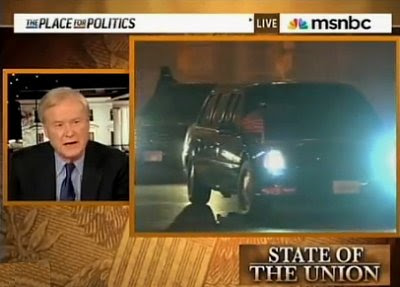 CHRIS MATTHEWS: You know, I was trying to think about who he was tonight, and it's interesting: He is post-racial by all appearances. You know, I forgot he was black tonight for an hour. You know, he's gone a long way to become a leader of this country and passed so much history in just a year or two. I mean, it's something we don't even think about. I was watching, I said, "Wait a minute. He's an African-American guy in front of a bunch of other white people, and there he is, President of the United States, and we've completely forgotten that tonight. Completely forgotten it."

Like most Americans, I'd also forgotten Matthews was even on TV, since his show gets lower ratings than the laundromat's tumble-dry setting.

If you hadn't told me, I never would have noticed. //SNARK=OFF//