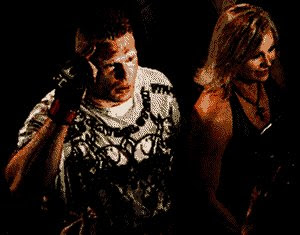 Ultimate Fighting Championship heavyweight champion and former WWE superstar Brock Lesnar has slammed the Canadian health care system, referring to it as being like a Third World country, in a press conference announcing his return from diverticulitis Wednesday... Lesnar had felt unwell for some time when he was struck down in a hunting lodge... three hours from the nearest medical facility [in] Brandon, Manitoba...

"I love Canada," said Lesnar. "Some of the best people and best hunting in the world, but I wasn't in the right facility... They couldn't do nothing for me... It was like I was in a Third World country, I just looked at my wife and she saved my life and I had to get out of there."

Lesnar's wife, former WWE wrestler Sable, took the 6-3, 285-pound giant away from the medical facility in "excruciating pain" and "drove 100 mph" across the border to Bismarck, North Dakota [where the] "doctor there saved my career and saved my life." 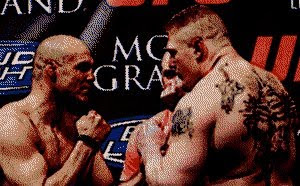 ...Lesnar refused to disclose whether the Canadian facility that he felt was inadequate was a major city hospital or a rural outpost, but claimed that the care he received in the United States, and later at the prestigious Mayo Clinic, was far superior and thus was evidence that the U.S. health care system is the best in the world.

Lesnar, who has his own health insurance but also benefits from coverage paid for by the UFC, said "I'm just stating the facts; I love Canada, I own property in Canada but if I had to choose between getting care in Canada or the United States, I'd choose the United States... I hate to bash them but, I'm not one to get into the political side of things but our health care system is a little radical — we have the best doctors in the world. Our system does need some restructuring but I don't believe a total reform is the answer."

Diverticulitis is a condition that happens when diverticulosis forms on the outside of the colon and becomes inflamed. In Lesnar's case, his intestine became perforated, which had meant his system was being slowly poisoned from within.

Lesnar said he hadn't felt well for a month and, while relaxing in his lodge, "it just climaxed and the perforation happened. I woke up in shock, in a cold sweat. I didn't know where I was and realized I had to seek medical help... I was out in the boondocks up there, so it was about three hours from what I thought would be a good medical facility..." 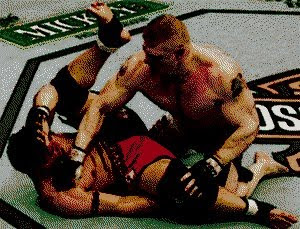 The controversial champion, who calls himself a "conservative Republican," used his experience to launch a tirade against U.S. health care reform efforts by President Barack Obama.

"The only reason I'm mentioning this, I'm mentioning it to the United States of America because President Obama is looking for health care reform and I don't want it ... I'm speaking on behalf of Americans, I'm speaking on behalf of our doctors in the United States that don't want this to happen and neither do I... coming from the Mayo Clinic, some of the best doctors in the world, people come from across the world to be at this clinic ... we have the best hospital in the world at the Mayo Clinic."

No worries: the American people have the utmost confidence in Washington's central planners. I mean, seriously, what could possibly go wrong with Obama, Pelosi and Reid designing a 2,400-page health care bill that rewards trial lawyers, unions and thousands of faceless bureaucrats?

I first time visit in this blog. I find this blog have relevant information.

Hi, interesting blog. i also get knowledge from your blog.That was a great help to me.