Obama's one true SOTU statement: "We face a deficit of trust." He forgot, "We also face a surplus of talk -- and of government."

President Obama's performance last night was historic: for all the wrong reasons. No State of the Union address was as petty, venal and fraudulent as this one. The reaction from the legal community and even the mainstream media was almost universally negative: 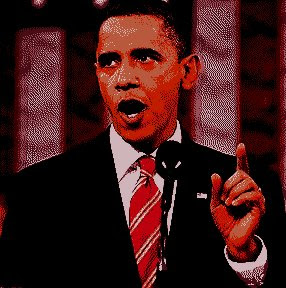 • Randy Barnett -- a Professor of Law at Georgetown, writing at Politico -- blistered the President's speech: "In the history of the State of the Union has any President ever called out the Supreme Court by name, and egged on the Congress to jeer a Supreme Court decision, while the Justices were seated politely before him surrounded by hundreds Congressmen? To call upon the Congress to countermand (somehow) by statute a constitutional decision, indeed a decision applying the First Amendment? ...this was a truly shocking lack of decorum and disrespect towards the Supreme Court for which an apology is in order. A new tone indeed."

• Bradley Smith, a Professor of Law at Capital University, leveled withering criticism at the President's behavior: "...[his] statement is false. The Court held that [McCain-Feingold], which prohibits all corporate political spending, is unconstitutional. Foreign nationals, [including] corporations, are prohibit[ed] from making [contributions,] which was not at issue in the case... This is either blithering ignorance of the law or demagoguery of the worst kind."

• Bernie Becker of The New York Times mildly chastised Obama: "There may not have been a “You Lie” at this address, but it does seem like there was a 'Not True.' ...Those looked to be the words mouthed by Supreme Court Justice Samuel A. Alito Jr. after Mr. Obama criticized the high court’s recent Citizens United decision. And, according to both The Times’s David D. Kirkpatrick and Linda Greenhouse, Mr. Obama’s take on the case was not quite spot on."

• David Lat, writing at Above the Law, "...I agree that it was a bit — well, tacky — for Obama to call out the Court like that, and to make them sit there like chastened schoolchildren while everyone around them stood and applauded." 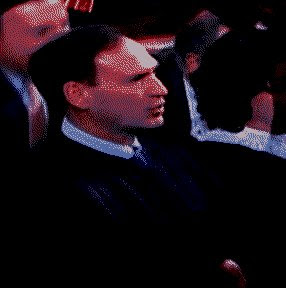 • Politifact, the Pulitzer Prize-winning political assessment website, said Obama was exaggerating: "Based on our reading of the court's opinion and interviews with campaign law experts, we find that Obama has overstated the ruling's immediate impact on foreign companies' ability to spend unlimited money in U.S. political campaigns. While such an outcome may be possible, the majority opinion specifically said it wasn't addressing that point, and only further litigation would settle the matter once and for all. So we find Obama's claim to be Barely True."

• Joel Achenbach of The Washington Post believes this was not a wise fight for Obama to pick: "[His] decision to take on the Supreme Court's recent campaign-finance ruling, and to do right in the face of the justices in the front row, has certainly succeeded in making a splash... I'm just not sure that's the pool that Obama wanted to jump in... Strategic error, says here."

• Jazz Shaw of "The Moderate Voice" was somewhat shocked: "This was a rather stunning conclusion coming from a President who was supposed to have taught constitutional law. I’m not sure which is worse… the idea that Obama is intentionally lying about the court decision to score political points or that neither he nor any of his advisers and speech writers understand the court ruling. In any event, when you wake up today and see a number of left leaning writers running around with their hair on fire over Alito’s reaction, just keep the above facts in mind. Alito silently remarked that Obama was 'wrong' on the facts. And he was. Totally wrong, as it turns out."

* * *
Coming from the party that openly attempts to grant amnesty to illegal aliens and continually reaches for "one world" government treaties, the "foreign influence" straw-man raised by Obama is laughable.

Not to mention classless.