I can see no alternative scenario but a huge - staggeringly huge - victory for the FNC/RNC machine tomorrow. They crafted a strategy of total oppositionism to anything Obama proposed a year ago. 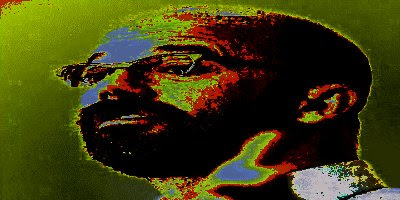 Mebbe one of the ghostwriters did it.

Remember they gave him zero votes on even the stimulus in his first weeks. They saw health insurance reform as Obama's Waterloo, and, thanks in part to the dithering Democrats, they beat him on that hill. They have successfully channeled all the rage at the massive debt and recession the president inherited on Obama after just one year.

Where does one learn to weave prose this masterful, this powerful, this sublime? I think my glutes just tensed, not that there's anything wrong with that.

If they can do that already, against the massive evidence against them, they have the power to wield populism to destroy any attempt by government to address any actual problems.

This is a nihilist moment, built from a nihilist strategy in order to regain power ... to do nothing but wage war against enemies at home and abroad.

Shhh... no one tell Andi about that living-and-breathing document called "The Constitution". Or that other anachronism "The Declaration of Independence". Andi believes in unlimited government, unlimited taxes and the superiority of central planning, Politburo-style. To hell with the free market, peons! Government always knows best!

What comes next will be a real test for Obama. I suspect serious health insurance reform is over for yet another generation... The uninsured will even probably vote Republican next time in protest at Obama's failure! That's how blind the rage is. 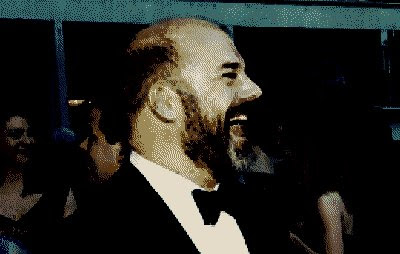 Ditto any attempt to grapple with climate change.

Is that what it's called now? I thought you used to call it "global warming"? Or is that only in the summer?

In fact, any legislative moves with this Democratic party and this Republican party are close to hopeless. The Democrats are a clapped out, gut-free lobbyist machine. The Republicans are insane. The system is therefore paralyzed beyond repair.

Hold on, I'm writing all of these brilliant insights down.

Memo to self: Andi doesn't believe that the Constitution is worth defending. Therefore conservatives are "insane".

Yes, I'm gloomy. Not because I was so wedded to this bill, although I think it's a decent enough start. But because if America cannot grapple with its deep and real problems after electing a new president with two majorities, then America's problems are too great for Americans to tackle.

And so one suspects that this is a profound moment in the now accelerating decline of this country. And one of the major parties is ecstatic about it.

Actually, we'll be ecstatic once we impeach every Democrat who took an oath to uphold the Constitution and then proceeded to spit on it.

All the glute references were heeelarious.

"That's how blind the rage is."

The Conservative rage is definitely not blind. The right is far more knowledgeable than the left and far more educated on world events.

If you want blind rage, read the Daily Kos, Huffington Post, or the Democratic Underground.

Does anyone else notice that our President, the one that is supposed to represent ALL the American people, uses the term "opposition" to describe his own citizens that happen to disagree on something he believes in? How about the Commander in Chief coming to Massachusetts to mock one of his own soldiers under his command to support someone that doesn't even know he's fighting the Taliban? Obama can't get out of "campaign mode" and move on to "leader mode."

Andy Sullivan is an ASSHAT. Even he knows that!