It's shocking, but not altogether surprising, that a mass-shooting occurred during a Republican Congressional sports outing. Senator Rand Paul, who observed the volley of 50 or 60 shots, said that a "massacre" had been narrowly averted.

If House Majority Whip Steve Scalise's security detail hadn't been present, Paul said, it would have been a slaughter.

"I do believe that without the Capitol Hill police, it would have been a massacre," he said. "We had no defense at all."

This attempted mass shooting isn't surprising given the mainstreaming of political violence by Democrat extremists:

• There's the rhetoric from "academia": 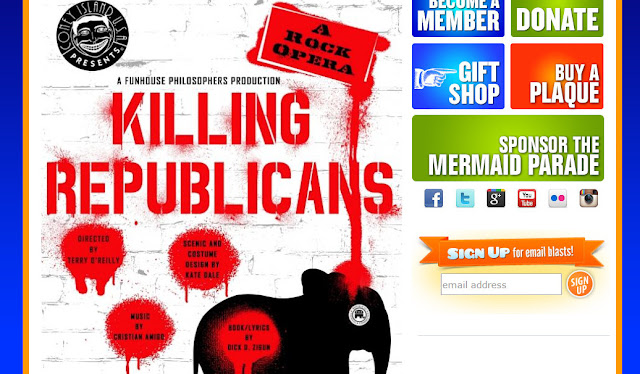 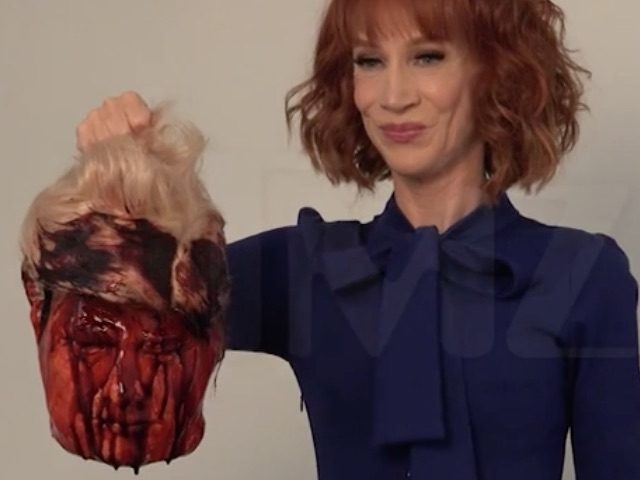 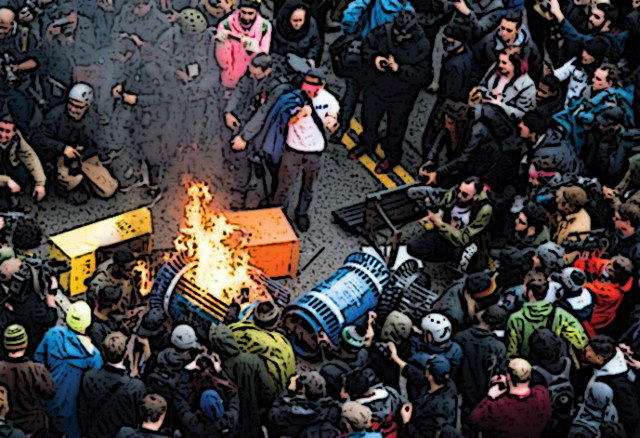 Eichenwald said on Twitter Friday night that he hopes every Republican who voted in favor of the American Health Care Act on Thursday sees a family member come down with a serious “long term” illness and lose their insurance before dying. When challenged, Eichenwald doubled down. “I want them to be tortured,” he said of Republicans who supported the AHCA. He added: “I want the [Republicans] who supported this to feel the pain in their own families.”

“If they bring a knife to the fight, we bring a gun,” Obama told the audience. “Because from what I understand folks in Philly like a good brawl. I’ve seen Eagles fans.”

...At another campaign stop on September 18, 2008, Obama advocated that his supporters “argue with [people], get in their faces”:

...[and d]uring the town hall meeting protests of the summer of 2009, Senior White House adviser David Axelrod and deputy chief of staff Jim Messina told Democrat Senators, “If you get hit, we will punch back twice as hard.” 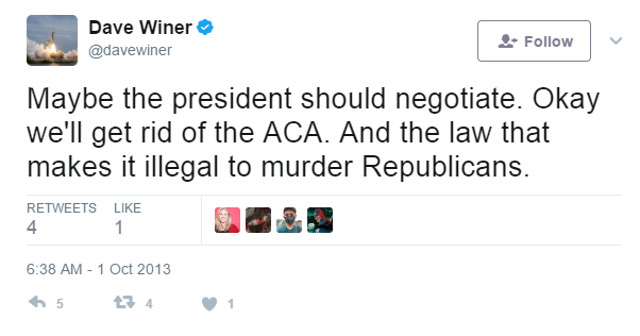 It turns out the shooter was a "Bernie Bro."

His Facebook page said to include phrases: "Trump is a Traitor. Trump Has Destroyed Our Democracy. It's Time to Destroy Trump & Co.” https://t.co/V3sNYt660D

The leaders of the Democrat Party need to speak out against this violent rhetoric. If they fail to do so, it speaks volumes about how radical and anti-American the party has become.

Maybe these pussies will man up and take some persona responsibility, purchase and learn to use firearms, and stop depending on better men to defend them. Well, and change the laws so the right people can carry. None of those, who carry, really want to shoot, or kill. Most just want, as they, to be left alone. Barring that we want to be able to simply defend ourselves.

Still, as horrible as these reps are, I really wouldn't defend them myself. With the left now actively gunning for them, and many of us on the right not caring, they... best make some decisions. Sure, there are cops. For now. As poorly as they are handling police, and social issues regarding police, and defending them, that is changing. They are having trouble recruiting... having to forgive past crimes and drug use.

They have been warned. And the left won't negotiate, not in good faith. I don't care if most of them were murdered. Might be a chance for some of America to spine up, and put in serious politicians who are actually on our, and their own, side. Don't. care.

Doom, Democrats will only denounce political violence that is initiated by the Right. That being said, it's time for the Right to own the #ObamaDicta, punch back twice as hard. If someone were to take out 10 Democratic Congressmen, don't you think the screaming of the media would be enviable. It's amazaing the double standard of today's media worrying about blaming them for what happened yesterday...after their 8 month tirade about the evils of Republicans.

But the media is screaming about this horrible event. What channels have you been watching? That's all I'm seeing, including on social networks, and on talj radio programs. Killing, regardless of who is doing it, is the blame of that person. Just like a terrorist act isn't to be the blame of all Muslims; the same here. Republicans didn't all take responsibility for the hate crimes of several African Americans just last year (not waaaaay back in history). Neither did they take responsibility for my cousins death in MS when a few young republicans ran him over several times outside his hotel. They had been reading blogs and listening to Fox News rhetoric, and even had made statements saying Obama should be assassinated. I mean the lost goes on and on. Cruel and unusual acts of violence have never ceased since I've been alive, and I'm 42. Hate talk and readings have been around since I can remember. And just like I can't blame all old southern whites for my Dad's murder (and He was murdered by white racists in Hermanville MS on 1982), all dems can't be to blame for this lone gunmen's actions. I'm neither a Democrat or Republican, but I'm a realist who happens to be a follower of Christ, a follower of love.