The Complete List of Nicknames for Veep's Jonah Ryan

I recently met a Congressional staffer and we were discussing which TV series about Washington were most realistic.

He stated, without hesitation, HBO's Veep.

During the course of the series, Jonah Ryan -- tall, geeky, socially awkward, and (weirdly) also possessing delusions of grandeur -- makes the transition from low-level White House staffer to... Congressman.

The staffer I was schmoozing with said that Ryan's unlikely ascendancy, through a bizarre series of events, was entirely plausible. He said most Congressmen he knew were complete dunces and made Ryan look like Einstein.

The series is very funny and one of the best parts are the nicknames other members of Veep's staff call Ryan. 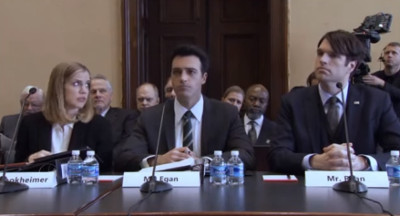 at 9:36 PM
Email ThisBlogThis!Share to TwitterShare to FacebookShare to Pinterest
Labels: Hollywood