The Trump administration is said to be thinking about illegal aliens and Social Security.

Let's hope the focus of the new people is not on Social Security beneficiaries, as benefits are not supposed to be paid to those without legal status, anyway. This part of the system may not be enforced with zest, but the rules are in place. Clearly such systems could, and should, be tightened.

The focus on Social Security and illegal aliens, however, should be on seeing to it that the massive amount of information on the illegals held by the SSA — now rarely shared with other agencies — should be routinely dispatched to other federal outfits that can, and should, do something about it.

Currently the E-Verify system is used in a passive way. The system can confirm, quickly, whether Juan A. Smithfield (to make up a name) has a valid SSN. When an employer asks about Juan, and learns that the name and the SSN do not match, the employer is supposed to refuse to continue to employ Juan. That is fine, as far as it goes, and it would be much, much better if all employers were required to use E-Verify. That's a matter for Congress.

But the basic E-Verify ingredients could, if SSA agreed, also be used in a more positive way. 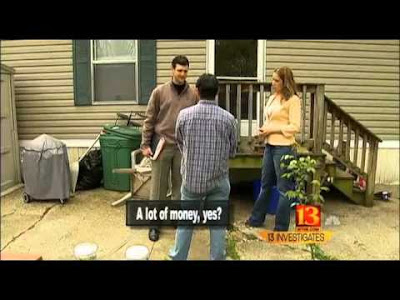 What follows is an elaboration of the G-Verify proposals made over the years by William W. Chip, an international lawyer in Washington and a member of the Center's Board of Directors (see here and here).

My notion is that if the IRS is planning on sending out income tax rebate checks to a group of workers, for example, it can simply run the name-number combinations though the E-Verify system and then send checks only to those with matches. Those that do not match should be told that they have 90 days to respond with any clarifying information; if the situation is not resolved at the end of the 90 days, the names should go on a master list of aliens who have lied about their Social Security number, a crime, with the list made available to all enforcement agencies, starting, of course, with the Department of Homeland Security.

It is generally believed that a majority of illegal aliens working in this country do so under their own name with a SSN either made up out of whole cloth or borrowed or stolen from someone else. This proposal would seriously discourage this practice.

Other agencies finding a conflict between SSN and name should be encouraged to contribute names to the list as well. There would always be the 90-day appeals process, because innocent mistakes can be made in big systems like this one.

People on the bad-SSN list would then be barred from receiving federal benefits of any kind. The bad-SSN list, one would hope, would be similarly used by state and local governments. The list would be available to investigative and prosecution agencies, and would be used to help build cases against those illegals who have come to their attention for other reasons.

Eventually, being on the bad-SSN list would become such a burden that some to many of those on the list would return to their homelands.

This proposal would diminish federal payments to illegal aliens by the billions, but it would do so quietly; the savings would not be the result of flashy budget cuts, they would come one at a time, through the nonpayment of benefits.

Abusing a SSN is a crime and that act should bring negative consequences to illegal aliens. The Social Security Administration has never recognized its obligation to treat SSN violations in this way. Maybe this administration can change that. It should.

This is one way to get rid of illegals. Make it impossible to hire them using all of our already existing tools.

Lefties were constantly whining, "It's impossible to deport 30 million illegals."

Oh no, it isn't. Just watch. When their livelihood dries up here, they will be racing for the exits.

I actually think this is a brilliant idea. Of course it will receive a lot of pushback from the left if tried, but what the heck, we are damned if we do and damned if we don't so why not give it a go. Dr. Bill