Have you no shame, Joy Ann Reid? In an appalling example of the left’s pathological hatred of anything and anyone conservative, the MSNBC host said, not in so many words, that Rep. Steve Scalise kind of had it coming when a Bernie Sanders volunteer tried to assassinate him and his GOP colleagues as they practiced for thee annual baseball game between Democrats and Republicans in Congress. As Fox News reported her beneath contempt and all human decency remarked:

As Rep. Steve Scalise lay in his hospital bed recovering after he was shot by a maniac gunman who was hunting congressional Republicans, an MSNBC host asked whether the House Majority Whip’s life-threatening injuries meant Americans had to “ignore” his political positions.

Joy Ann Reid on Saturday cited Scalise’s positions on ObamaCare and gay marriage as among the concerning “moral” issues she felt couldn’t be overlooked despite his critical injury at the hands of a left-leaning lunatic who opened fire at a GOP baseball practice on June 14. 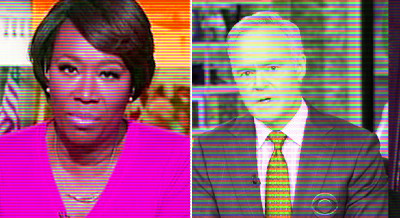 “There’s a whole country out there and a lot of people, at least in my Twitter timeline, and it’s a delicate thing, because everybody is wishing the congressman well and hoping that he recovers, but Steve Scalise has a history that we’ve all been forced to sort of ignore on race,” Reid said.

Funny, I don’t recall anybody targeting Sen. Robert Byrd because of his history on race or even bringing up in any memoriam after his death. Unlike Byrd, was not a former “Grand Kleagle” with the Ku Klux Klan  Unlike Scalise, Byrd held the distinction of being the only Senator to have opposed the only two black nominees to the Supreme Court, Thurgood Marshall and Clarence Thomas,  and led a 52-day filibuster against this legislation.

Joy Ann Reid’s litany of Scalise’s crimes against humanity for which he deserved being target for assassinsyion reveal how skewed to left is her moral compass, if she has one:

'He did come to leadership after some controversy over attending a white nationalist event, which he says he didn't know what it was.

'He also co-sponsored a bill to amend the Constitution to define marriage as between a man and a woman. He voted for the House healthcare bill, which as you said would gut healthcare for millions of people including three million children and he cosponsored a bill to repeal the ban on semiautomatic weapons.'

As for attending a “white nationalist meeting,” he attended an even being held in the same venue but may not have attended the meeting in question held later in the day. As National Review reported:

House majority whip Steve Scalise may not have spoken to a conference of white nationalists in 2002 after all, even though he’s already apologized for doing so.

Kenny Knight, a longtime political adviser to former Ku Klux Klan leader and Louisiana politician David Duke, told Bloomberg that Scalise spoke to a town hall at the same venue as the white nationalist event, before the latter event began.

Knight said he invited Scalise, then a state legislator, along with someone from the Red Cross and a sheriff’s representative, to speak to a civic organization before the European-American Unity and Rights Organization held their conference.

“I basically gave him a town-hall meeting to address constituents about legislation he was working on,” Knight said. “It was not a EURO-sponsored event. I sponsored the event as president of the local civic association.” EURO, a group of white nationalists started by David Duke, hosted the conference that Knight says Scalise did not attend; some attendees, Knight said, did show up to Scalise’s talk. Knight told a similar story today to Slate and the Daily Beast.

On Monday, Scalise’s staff confirmed to the Washington Post that he had attended the EURO-sponsored convention, but Scalise himself told the Times-Picayune on Tuesday he did not recall speaking at the event. Knight’s comments only add to the confusion about Scalise’s involvement in the white-nationalist event.

Scalise “apologized” for attending an event he did not attend due to the confusion resulting from a House leader’s busy schedule, not because he did anything he did wrong. Certainly he dod not attend a klan meetibg as the adored Robert Byrd did.And for this he deserved to be targeted for assassination, Ms. Reid?

And, horrors, he supports the Biblical definition of marriage as being between one man and one woman. He supports repealing ObamaCare and its lies about keeping your, plan and your doctor and saving $2,500 annually in premiums. He supports the Second Amendment and not ineffective legislation that bans guns on their appearance and not on their lethality., Lock and load, liberal loons!

While Joy Ann Reid can be dismissed as a left wing gadfly on a cable network, CBS’ Scott Pelley supposedly represents mainstream media and its professed objectivity and fairness. But there he was, blaming Scalise’s shooting on Scalise’s own rhetoric:

Thursday evening, CBS's Scott Pelley, who officially ended his tenure as the network's Evening News anchor the following evening, told viewers that "It's time to ask whether the attack on the United States Congress Wednesday was foreseeable, predictable and, to some degree, self-inflicted."

It's clear from Pelley's subsequent commentary that his answers to all three elements are "Yes." It's equally clear from the examples he supplied as support that he sees (or wants viewers to see) the problem as predominantly about the conduct of those on the right

Self-inflicted?  As has been noted on this site, the Alexandria shooter woke up one morning intent on killing Republicans, not because of anything they’ve said or done, but because Democratic leaders from Nancy Pelosi, to Bernie Sanders, to Jerry Brown, have said Republican policies, from healthcare to climate change, will kill people, setting off the leftist lons determined to save mankind.

Sorry, Pelley and Reid, your commentary gives license to leftist loons seeking to kill Republicans, just as Kathy Griffin and her severed head of Trump and the New York Theatre in the Park’s depicting the assassination of President Trump. Your venomous rhetoric is the problem, not an analysis of it.