Yes we are at war. Not it didn’t start Tuesday night with the missile attack on an air base housing American troops in Iraq. Or last week when President Trump ordered the strike against the Iranian Quds Force commander Qasem Soleimani.

The war was started 40 years ago by Iran when then-Ayatollah Khomeini’s fundamentalist followers invaded our embassy in Tehran and took 55 Americans hostage.

Over the years since then, Iran has continued to escalate the war that they started.

For example, in 1983, Iranian-backed terrorists murdered 241 Americans in the Beirut barracks bombing which, at the time, was the greatest loss of life in one day for the U.S. Marine Corps since Iwo Jima.

And that casualty figure would be eclipsed after the attacks of September 11, 2001, once our troops deployed to Iraq. According to a 2019 report, Iran has killed at least 603 U.S. servicemen and women through the use of the squash-head molten cooper IEDs it smuggled into the country and provided its proxy militias to use against our forces. Then there are the thousands of our brave men and women who were maimed by these coward’s weapons and who lost a limb, or multiple limbs.

For those who respond: “Who cares, we shouldn’t be in the Middle East anyway!” you are wrong. 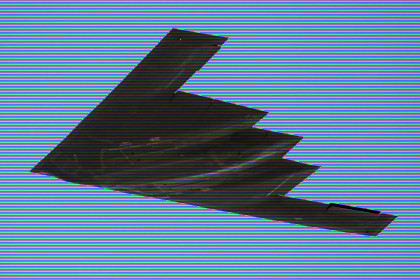 Iran isn’t a problem simply because it targets our warfighters overseas. Iran is here in the continental United States. Now. Just one report, from one state-level intelligence fusion center, has revealed that the Iranian front-organization Hezbollah is well-established with numerous sleeper cells here on our soil, cells that aren’t simply collecting intelligence, but also preparing terror attacks.

How soon we forget that just a handful of years ago, Iran plotted to bomb a fancy restaurant in Washington, D.C. until the plan was divulged to a DEA asset. Under what logic and with what justification does any American—of any political stripe—think that permitting such loss of life, such a global conspiracy to hurt Americans here and abroad, should be countenanced coming from any nation, let alone one that chants daily that America, the “Great Satan,” must be destroyed?

Having advised Donald Trump on national security when he as just a candidate and then a strategist once he became president, I know what this man is and is not. He is not an ideologically blinkered neconservative who believes it is America’s job to police others. He does not dream of invading others’ countries to toy with them and treat them as colonial playthings. But neither is he an appeaser. President Trump would never give billions of dollars to our sworn enemy with the delusional expectation that they would one day “play nice” in return.

Iran has been attacking our citizens with impunity for decades. It must stop. It will stop. And Donald Trump will stop them.

Why does everyone in the media call them "squash-head molten cooper IEDs"? Doesn't anyone do research?
They're copper-lined shaped charges, a completely different thing.