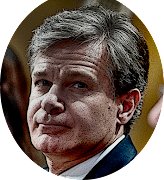 The nation’s most powerful law enforcement agency is in shambles. Following a series of internal investigations, in addition to extensive reporting on the misconduct of former top officials, the Federal Bureau of Investigation is suffering a crisis in confidence from the very people it has a sworn duty to protect: the American public.

Considering its behavior over the past four years, one could be forgiven for thinking that the FBI exists only to serve the interests of the political aristocracy. From the Clinton email server cover-up to the unfounded counterintelligence probe into four Americans working for the Trump presidential campaign and the corruption of the Foreign Intelligence Surveillance Act, the FBI has exploited its power to defend partisan allies and punish foes.

Texts revealed contempt for voters who make up roughly half the country. Rather than working to keep the country safe, the top tier of the FBI spent most of its time massaging their press contacts, accompanying reporters to baseball games and golf outings (in clear violation of company policy), and illegally leaking sensitive information then lying about it all when caught. The FBI’s former chief, James Comey, stole his own classified memos from the agency and hid them at home before he was busted.

Comey and his immediate underlings routinely vent their hatred of the elected president of the United States in a manner unprecedented in history. Their top-selling books and Twitter feeds are filled with self-righteous hubris; despite their culpability in torching the credibility of the agency America has been taught to trust, they instead play the victim.

Polls show declining support for the FBI among Republicans, the party traditionally loyal to law enforcement. Meanwhile, Democrats now swoon over government cops, prosecutors, and spies because they are targeting Trump: It remains to be seen if this is going to be a long term relationship or a short-term fling that won’t last after Trump is gone. 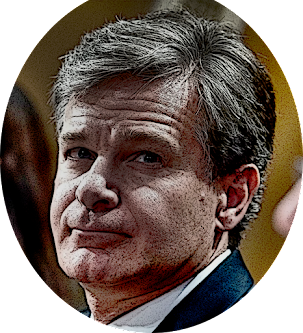 Wray’s 15-page mea culpa is loaded with bureaucratese in its most obnoxious form: solemn promises about very serious government forms and training classes and instructional videos and manuals and processes and working groups.

Most Americans believe the Russian collusion investigations hurt the country. Following last month’s release of the report by Inspector General Michael Horowitz on FISA abuse, half the respondents in one poll said Comey should face further investigation for his role in the scandal. Only 49 percent expressed a favorable opinion of the Department of Justice, the agency in charge of the FBI, while 30 percent held an unfavorable view—not the sort of numbers that convey confidence. And skepticism cut across party lines in a rare instance of nonpartisan comity.

Unfortunately, the man now in charge of the FBI, Christopher Wray, is not the right man to clean up the rot left behind by his predecessor. Wray’s filing this week to the Foreign Intelligence Surveillance Court is another example of why President Trump needs to find a replacement for the nation’s top G-man and to do so quickly.

After the secret court was forced to respond to how it was conned not once but four times by the FBI in its pursuit of a warrant against Carter Page—malfeasance, by the way, the court was notified about and selectively ignored for nearly two years until Horowitz forced its hand—Wray just outlined his agency’s response to FISC’s newfound outrage. (Don’t miss this column by Margot Cleveland that blasts the court’s chief judge for their complicity in violating Page’s constitutional rights.)

Rather than express disgust at the reputational wreckage created by Comey and company or apologize to Carter Page for accusing him of being a Russian agent or empathize with Americans outraged at what the FBI put the country through for three years, Wray instead begged for the court’s forgiveness. “The FBI has the utmost respect for this Court, and deeply regrets the errors and omissions identified by the OIG,” Wray wrote. “The OIG report . . . describes[s] conduct that is unacceptable and unrepresentative of the FBI as an institution.”

Wray’s 15-page mea culpa is loaded with bureaucratese in its most obnoxious form; solemn promises about very serious government forms and training classes and instructional videos and manuals and processes and working groups. There are no penalties for failing to follow the rules, no consequences for bad behavior.

(And, as if to shred any pesky concerns about the court’s objectivity, FISC’s presiding judge immediately appointed a Trump-hating collusion truther, David Kris, to oversee the alleged reform efforts. In March, Kris, disappointed with the Mueller report, predicted “that SDNY (or NYAG) will get [Trump] fair and square for campaign finance or other crimes.”)

Wray was forced to address the FBI’s use of sketchy confidential human sources. An audit of the FBI’s CHS program—also conducted by Horowitz and released the month before his FISA abuse report—identified extensive problems with the way the FBI handled that program, too. Just more errors and omissions, I suppose.

But it’s not just Wray’s fecklessness in the aftermath of the Horowitz report that merits his ouster. The chief has tried to cover up and excuse the scandal since he took the reins of the agency in August 2017.

Wray strenuously objected to the release of the February 2018 memo prepared by then-House Intelligence Committee Chairman Devin Nunes, which detailed how Comey’s FBI used the bogus Steele dossier as evidence in its application to the court and then withheld disclosing Steele’s Democratic funders.

Wray appealed to then-Deputy Attorney General Rod Rosenstein, conflicted because he signed the final renewal on Page’s FISA application, to do whatever he could to stop Nunes from making his memo public. Rosenstein and Wray met with Trump’s chief of staff to warn that the memo’s release could “set a dangerous precedent.”

During his Senate testimony in May, Wray rejected Attorney General William Barr’s assertion that the FBI spied on the Trump campaign. “That’s not the term I would use,” Wray told the Senate Judiciary Committee. “Lots of people have different colloquial phrases. I believe the FBI is engaged in investigative activity and part of investigative activity includes surveillance activity of different shapes and sizes.” Wray confirmed that a “number” of surveillance warrants were obtained on the Trump campaign.

Wray bristles at the term “deep state.” He has repeatedly rejected that label to describe his employees, telling ABC News shortly after the release of the Horowitz report that its an “affront” to the 37,000 men and women of the FBI to claim they are part of the “deep state.” Not exactly a reassuring response; Wray clearly does not recognize the severity of the problem before him.

President Trump continues to express his frustration with Wray. “FBI Director apologizes for FISA Errors,” Trump tweeted Saturday morning. “Chris, what about all of the lives that were ruined because of the so-called ‘errors?’ Are these ‘dirty cops’ going to pay a big price for the fraud they committed?”

These are the questions pondered by tens of millions of Americans who’ve been paying attention to this unfolding scandal. And it’s now obvious that Christopher Wray does not have the right answers. Trump needs to find someone else to reform this ailing agency.

There can be no doubt that the swamp is a cancer and growing. It will kill and destroy the American people as long as monsters like Comey, Wray and Mueller exist. One of the problems is the way the government vets its employs. In the past the PACE exam helped to insure merit and excellence played a role. This no loner plays any role. Instead political allegiance is what matters. This explains how 98% of how all DOJ donations are to the Dhimmirat Part, 97% of State and 96% of the CIA. Is this not an indication of a serious imbalance?

Anon, i think the bigger issue is having fbi hq in dc, with the media, congress etc.

there should only be field offices.

if an hq is needed, it should be in dallas.

likewise any other agency hq's should be dispersed throughout the u.s.

It has been a turbulent week, so as I popped a virgin bottle of 1983 Chateau Rauzan and lit a Paltrow candle my thoughts turned to Barak Obama, and Cristopher Wray and his coonskin cap. He has brought us only turmoil and turpitude, and to which may he be rousted from his sleep and imprisoned in Guantanamo. A purge is coming.
Long live DJT.

Removing headquarters from DC does not stop Agents in charge like Greg Bretzing from overseeing "valid law enforcement actions" such as Malheur and Lavoy Finnicum's demise 4 years ago. Greg ends up working at Greenbriar, Kate Brown is elected Governor, Obama lives large at the Vineyard, and Eric Holder tells us he was Presidential material. Tell me how Virginia will work out.