Socialist regimes typically don’t excel at good government or economic stewardship, but they do tend to be experts at one thing—propaganda. Under regimes like the Soviet Union and countless other socialist monstrosities, citizens may not have been able to buy bread without waiting an entire day in line, but they could easily access a galaxy of reports via virtually any medium—print, TV, radio, billboards, schoolbooks, etc.—informing them of the glories of socialism in general and their own leaders in particular.

Americans do not have to wait in line to buy bread yet, but make no mistake: In America today, the socialist propaganda network is already in place.

The mainstream media has proven that Americans can no longer rely on them for unbiased news. Having always leaned left, reporters abandoned all pretense of objectivity following President Trump’s election, turning their outlets into unabashed organs of the anti-Trump movement and every associated leftwing cause. This was amply demonstrated by the years-long Russia collusion hoax, in which every mainstream outlet scrapped journalistic norms on sourcing, anonymity, fact-checking, and other longstanding practices in order to advance the false narrative that Trump colluded with Russians to hack the 2016 election.

Increasingly, however, Americans are no longer accessing news reports through physical newspapers and magazines but through social media. In theory, social media is a democratizing force—people no longer need to own a media company or write for the New York Times in order to reach a potential audience of millions. But it’s now clear that the tech giants who control the digital infrastructure are not providing a neutral platform for all points of view. Instead, they have weaponized their platforms to help the Democrats.

Many people suddenly understood this following the censorship of the New York Post’s recent Hunter Biden stories. The articles were suppressed on Facebook and banned even from direct messages on Twitter, while links and press releases about the stories by congressional committee Republicans were throttled. The Post’s entire Twitter feed was frozen, as were those of the Trump Campaign and White House spokeswoman Kayleigh McEnany. 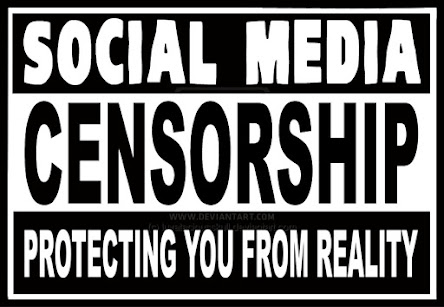 These moves follow a long series of damaging actions our tech overlords have taken since Trump’s election. Twitter has claimed these moves are meant to improve “conversational health” on the platform, and that their concern is with “content obtained without authorization.” But given that no such standard has been applied to the Steele Dossier or the innumerable anonymous, leaked, and flatly unsourced attacks on President Trump, Twitter’s policies end up merely suppressing conservative speech—which is clearly their intent.

I’ve been keenly aware of this problem since July 2018, when I was among a group of conservative congressmen who were shadowbanned on Twitter, a move the company feebly attributed to a technical glitch. So for me, seeing the tech oligarchs jump headlong into election interference is no surprise. After all, what would’ve been the point of all the prior moves to suppress conservatives if they granted us free speech just before a presidential election, when it matters most?

Meanwhile, the Left is laying the intellectual groundwork for censorship—as in, to take one example—a recent New York Times Magazine piece musing whether Americans should rethink our constitutional commitment to free speech.

Regardless of their shifting pretexts for censorship—ostensibly to counter “disinformation,” halt the spread of hacked information, fight injustice, or protect the powerless—the Democratic Party and its activists, along with their media stenographers and their cheerleaders in Silicon Valley, are engaged in a frontal assault on free expression.

It’s bad enough that they politicize and ruin every institution they gain control of, from higher education to Hollywood and beyond. But worse, as I describe in my book Countdown to Socialism, they are trying to establish total dominance over the public square of discussion by flooding it with one-sided political propaganda that is then pumped into social media’s disinformation funnel—where their views are amplified and contrary views are muzzled—and finally feeding it directly to Americans through their mobile devices.

Republicans in Washington increasingly understand that action is needed—including the revocation of Section 230 protections for politicized social media companies.

What all Americans should understand, however, is that the Democratic Party wants the socialist propaganda network to expand with the full support of Democrat controlled federal government agencies, in cooperation with the Democrats’ compatriots in the press and social media.

All Americans, and in particular moderate Democrats and independents, should consider whether they value making up their own minds about our nation’s public affairs—we must all work together to avoid a continued narrowing of the views, opinions, and news stories that Big Tech allows us to see.

Read more at American Mind.
at 4:03 PM
Email ThisBlogThis!Share to TwitterShare to FacebookShare to Pinterest

Bill of Rights, what's that? You will obey us or else. The new creed of our "public servants".

Psaki's blatant claim about the WH flagging Facebook posts they deem "misinformation" is a round-about way of evading First Amendment protections. She cynically asserted that FB being a private company is allowed to censor users. She thinks the WH can thus wipe it's hands of any such accusation of political censorship.