ROGER KIMBALL: Liberty, Lost In The Blink Of An Eye

Friedrich Hayek took one of the two epigraphs for The Road to Serfdom from David Hume (the other, like Hayek’s title, came from Tocqueville). “It is seldom,” Hume wrote, “that liberty of any kind is lost all at once.”

Much as I admire Hume, I wonder whether he got this quite right. Sometimes, I would argue, liberty is erased almost instantaneously.

I’d be willing to wager that Joseph Hackett, confronted with Hume’s observation, would express similar doubts.

I would be happy to ask Hackett myself, but he is inaccessible. If the ironically titled “Department of Justice” has its way, he will be inaccessible for a long, long time. Perhaps as long as 20 years.

Joseph Hackett, you see, is a 51-year-old Trump supporter and member of an organization called the “Oath Keepers,” a group whose members have pledged to “defend the Constitution against all enemies foreign and domestic.” (You can see how this ends already, can’t you?) The FBI does not like the Oath Keepers. They arrested its leader in January and have picked up many other members in the months since. Hackett came from his home in Florida to join the Trump “Stop the Steal” rally that took place on January 6. According to court documents, he entered the Capitol at 2:45 that afternoon. He left some ten minutes later, at 2:54. The next day, he went home. On May 28, he was apprehended by the FBI and indicted on a long list of charges, including conspiracy, obstruction of an official proceeding, destruction of government property, and illegally entering a restricted building. 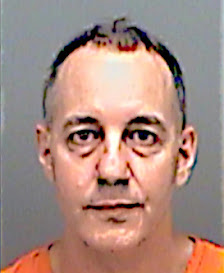 As far as I have been able to determine, no evidence of his destroying property has been made public. According to his wife, it is not even clear that he entered the Capitol. But he certainly was in the environs. He was a member of the Oath Keepers. He was a supporter of Donald Trump. Therefore, he must be neutralized. What about the Antifa and Black Lives Matter “peaceful protestors” who destroyed some $2 billion of property, killed or injured scores, and toppled countless public monuments? Take your time.

The scary and disgusting story of what the police power of the state is doing to those who went to Washington on January 6 to exercise their supposedly constitutionally protected right to protest is being told as it unfolds in American Greatness by Julie Kelly. For her relentless and indefatigable reporting, Kelly deserves whatever the conservative version is of the Pulitzer Prize (I know, it does not yet exist). Joseph Hackett is only one of scores of ordinary citizens who have been branded as “domestic terrorists” trying to “overthrow the government” and who are now languishing, in appalling conditions, jailed as political prisoners of an angry state apparat.

Kelly is telling that story with her usual incisive thoroughness. Here, I’d like to step back and ponder that loss of liberty that Hume and, through him, Hayek spoke about.

Hayek’s overriding concern in The Road to Serfdom was to combat the forces that were pushing people further along that road to servitude. His chief concern was unchecked state power, the motor of which was socialism. The Road To Serfdom was first published in 1944. In a new preface in 1956, Hayek noted that one of the book’s “main points” was to document how “extensive government control produces a psychological change, an alteration in the character of the people. This is,” Hayek continued, “necessarily a slow affair, a process which extends not over a few years but perhaps over one or two generations.”

So here we are. “The important point,” Hayek said,

is that the political ideals of a people and its attitude toward authority are as much the effect as the cause of the political institutions under which it lives. This means, among other things, that even a strong tradition of political liberty is no safeguard if the danger is precisely that new institutions and policies will gradually undermine and destroy that spirit. The consequences can of course be averted if that spirit reasserts itself in time and the people not only throw out the party which has been leading them further and further in the dangerous direction but also recognize the nature of the danger and resolutely change their course.

My emphasis is on that second “if.” 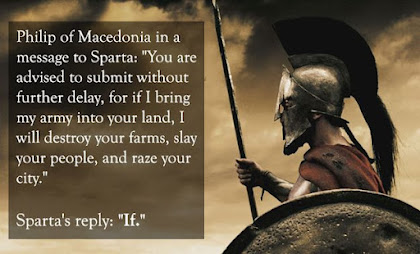 When Phillip II of Macedon threatened Sparta with all manner of dire consequences if he should invade their territory, the laconic response was that brief rejoinder, two letters in Greek (εἰ) as well as English: “If.” What are the signs that we have recognized the “nature of the danger” and are “resolutely” changing our course?

Meanwhile, Joseph Hackett and others rot in a DC political prison. The president’s press secretary presumes to tell us what opinions may and may not be expressed on social (or any other sort) of media. If, she said, someone is excluded from one platform for wrongthink, shouldn’t he also be excluded from all the others? The obedient drones of the press sat in their seats smiling and scribbling notes.

The powerful center of W. H. Auden’s powerful poem “The Shield of Achilles” speaks to our situation.

A crowd of ordinary decent folk

Watched from without and neither moved nor spoke

As three pale figures were led forth and bound

To three posts driven upright in the ground.

The mass and majesty of this world, all

That carries weight and always weighs the same

Lay in the hands of others; they were small

And could not hope for help and no help came:

What their foes like to do was done, their shame

Was all the worst could wish; they lost their pride

And died as men before their bodies died.

The great Eva Brann says that this passage offers “the most succinctly accurate account of life in a modern totalitarian state” that she knows. Once upon a time, and it was not so long ago, an American could recognize that and say “Thank God we’ve escaped that.” It’s not at all clear that we can entertain that happy conviction any longer.