For the last several weeks the administration has been working on a plan to provide Iran with new non-nuclear sanctions relief, above and beyond what's required under the nuclear deal. The new concession involves giving Iran access to the U.S. financial system and the U.S. dollar. Reporters started sniffing around the story mid-month, then the AP managed to confirm some of the details, then the administration publicly no-commented while privately leaking details to its validators, then finally this morning the AP locked down most of the rest of the plan [a].

And so coverage and analysis of the concession has been scattered across several weeks. Just to make sure you have everything (mostly) in one place, this how the story is playing as of this afternoon across politics, press, and policy.

Politics -- "Bait and switch" -- The administration sold the nuclear deal to Congress by promising that non-nuclear sanctions would be kept up in general and more specifically that Iran would never be given access to the U.S. financial system. Now the administration is reversing itself because the Iranians made noises about needing more concessions. 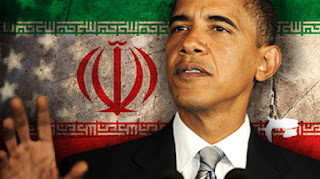 Lawmakers from both parties are livid about the bait-and-switch. Sens. Rubio and Kirk wrote a letter to Sec. Lew yesterday: "senior official in the Treasury Department have repeatedly assured Congress that the Administration will not allow Iran direct or indirect access ot the U.S. financial system" [b]. Rep. Sherman has a separate letter, written after the AP story came out, bluntly stating "such relief runs counter to testimony to Congress by U.S. officials and is clearly not required by... [any] authority or commitment by the United States." AFP's coverage of the concession this morning has an entire section titled "A battle with Congress" [c].

Press -- "Endless concessions" -- Skeptics of the president's diplomacy worried throughout the negotiations that any final deal would allow Tehran to indefinitely blackmail Washington into make more concessions: Iranian leaders would make noises about how they were growing frustrated with the deal, then Iranian diplomats would go to their American counterparts and ask for more concessions to 'placate the hardliners' or 'bolster the moderates' or 'show the public the benefits of the deal', then the Obama administration would cave in order to preserve the deal. Those scenarios were dismissed by the administration and its validators as fear mongering conspiracism.

Fast forward to a few weeks ago: Iran SL Khamenei began declaring that Iran was not getting enough out of the deal because of inadequate banking relief [d][e]. A few days later Iran deal supporters started declaring that Washington should make those concessions to boost Iran deal supporters [f][g][h]. Then earlier this week Sec. Lew floated that the U.S. has to make more concessions: "Since Iran has kept its end of the deal, it is our responsibility to uphold ours, in both letter and spirit" [i]. But of course - by definition - there's nothing in the nuclear deal obligating the U.S. to provide additional non-nuclear relief. It's just a new concession that the Iranians are demanding lest they walk away from the deal. The pattern is in line with what skeptics predicted about indefinite Iranian blackmail, which is how it's getting written up in many of the editorials and op-eds [j][k].

Policy -- Shredding the US sanctions regime and the global regime against illicit finance -- I just sent around an email with a summary and the text of a brief published yesterday by the Foundation for Defense of Democracies, which highlighted the domestic and international consequences of the concession [l]. Domestically it shreds what's left of the U.S. sanctions regime by dismantling the dollar prohibition and insulating Iran against the rest of them. Internationally it throws FATF - the world's money laundering watchdog - under the bus and meanwhile cannibalizes the integrity of the U.S. dollar, by using the dollar to paper over Iran's illicit financial activities. The arguments get technical in places but they're in the last email, so let me know if you didn't get it.

There's also a separate argument developing about how the concession threatens the effectiveness of American sanctions in the broadest terms: when American diplomats demand that other countries heed sanctions, the basis for U.S. demands is that Treasury imposes sanctions for good, objective, policy-oriented reasons. If it becomes clear that the U.S. is turning sanctions on and off for political rather than policy reasons, other entities will stop following Washington's lead [m].