Over the past few weeks, we’ve highlighted the growing trend of judicial amnesty for illegal immigrants at the hands of unelected judges.  Among the many stories you won’t read in the mainstream media today is that the Ninth Circuit has just taken judicial amnesty a step further.  It has ratified Obama’s amnesty by forcing Arizona to grant driver’s licenses to recipients of the DACA amnesty – a complete violation of both national and state sovereignty.

Here we have a state that was merely following the laws of the land, besieged by violence, drug cartels, and the crushing cost of illegal immigrants, yet the courts are elevating Obama’s lawlessness over state sovereignty (states control driver’s licenses) and congressional statutes.

Earlier today, a three-judge panel of the infamous Ninth Circuit Court of Appeals affirmed an injunction against an Arizona policy denying drivers licenses to DACA recipients.  That initial injunction was ordered by a Republican-appointed judge, which tells you the insufferable judiciary is a bipartisan problem. 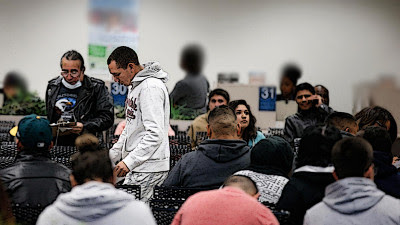 Whereas for 200 years our judicial system ruled that Congress has full authority over immigration and that illegal immigrants have no affirmative right to remain in the country, Judge Pregerson, the judge writing this liberal screed, ruled that Arizona had violated … you guessed it … the 14th Amendment’s Equal Protection Clause.  Illegal aliens, who are to be placed into deportation proceedings pursuant to laws duly passed by Congress, now have an equal “right” to not only remain in the country but receive driver’s licenses.

A world turned upside down indeed.  Here we have a state that was merely following the laws of the land, besieged by violence, drug cartels, and the crushing cost of illegal immigrants, yet the courts are elevating Obama’s lawlessness over state sovereignty (states control driver’s licenses) and congressional statutes.  And appallingly, they are using the 14th Amendment, which was designed to protect the inalienable rights of black citizens, to grant affirmative privileges and state benefits to those here illegally.  In the words of House Judiciary Committee Chairman James F. Wilson during the debate over the 14th Amendment in 1866, “[I]t is not the object of this bill to establish new rights, but to protect and enforce those which belong to every citizen.”


What’s worse, the court contended that Arizona actually had no state interest in denying driver’s licenses and was motivated predominantly by “a dogged animus against DACA recipients.”  The fact that almost 30,000 driving offenses have been committed just by the 30,558 criminal aliens Obama released in fiscal year 2014 alone is evidently of no concern to Judge Pregerson who has replaced jurisprudence with political rants.  Just last week, Sarah Root, a brilliant college student with a promising future was killed in Omaha by a drunk-driving illegal alien. Not to mention how driver’s licenses easily lead to voter registration through the Motor-Voter law and access to public assistance.

As I note in my upcoming book (there is an entire chapter on the judicial war on Arizona), the Constitution transferred power over immigration from the states (where it resided during the era of the Articles of Confederation) to the federal government.  But that power was vested in Congress, not the president, and certainly not the courts.  The purpose was not to prevent states from enforcing federal law or protecting their sovereignty and security; it was to prevent lax states from violating the sovereignty of the rest of the states with loose immigration laws.

Justice Joseph Story explained the importance of congressional control over immigration as follows: “If aliens might be admitted indiscriminately to enjoy all the rights of citizens at the will of a single state, the Union might itself be endangered by an influx of foreigners, hostile to its institutions, ignorant of its powers, and incapable of a due estimate of its privileges.”

In other words, congressional control over immigration was designed, for example, to prevent states like California from offering benefits and licenses to illegals, not to hamper Arizona from denying them to illegal immigrants.

It is incumbent upon Congress to break up the lawless Ninth Circuit and save Arizona from its clutches. Congress must also pass legislation directly authorizing states to deny driver’s licenses to illegal immigrants and punish those states that issue them.

As Scalia noted in his dissent in the 2012 case striking down parts of Arizona’s interior enforcement law, “[W]ould the States conceivably have entered into the Union if the Constitution itself contained the Court’s holding?”[1]

Often referred to as the "Ninth Circus Court".

Arizona should just refuse. Let the court enforce their ruling if they can.