BUT I'M SURE OBAMACARE IS AWESOME: Unaccountable V.A. Caught Coaching Employees on How to Cheat Oversight

Management at Department of Veterans Affairs (VA) medical centers in California selected and coached employees on exactly what to tell investigators about wait time manipulation, according to new inspector general reports.

According to two whistleblowers, management handpicked medical support assistants and told them what to tell the Veterans Health Administration Inspection Team, which visited the San Diego medical center in May, 2014, following the wait time manipulation scandal which rocked the Phoenix VA.

One of the medical support assistants said he was afraid to tell inspectors anything because a supervisor was in the interview with him.

Investigators were initially tipped off to misdeeds at the medical center in San Diego by a whistleblower, who said employees were being improperly trained and pressured by management to “zero out” appointment wait times. 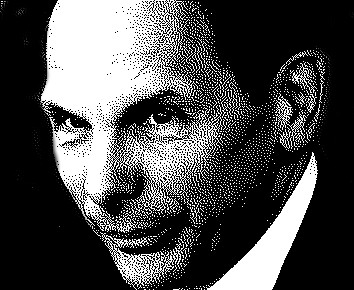 This whistleblower also said the supervisor is “requiring zero desire dates and those who will not comply with the fraudulent scheduling practices, then evaluations will reflect marginal performance preventing promotions and bonuses.”

Investigators interviewed 16 more medical support assistants, and most of them said they were told to “zero out” appointment times by changing veterans’ desired appointment dates to the first actual appointment date available. This practice gives off the appearance the veteran is getting the appointment at the desired time with no wait.

If staff refused to zero out wait times other employees or management would do it for them and the staff who refused would be “hounded.”

A veteran actually tried to commit suicide out of desperation and frustration as a result of four canceled appointments in a row.

In the mental health department, one of the former schedulers said all staff were told to overbook and then cancel appointments, rescheduling them based on the “zeroing out” policy. Anyone who failed to comply, the scheduler said, was disciplined.

One manager at a veteran outpatient clinic said she would not instruct her employees to zero out dates, which of course resulted in higher wait times in her area.

“She heard that she was moved out of Primary Care because of this,” the report noted.

She then sent an email showing that 78 percent of veterans had zero wait times, and in that email she stated, “That’s a glaring red flag that the clerks are not entering the true desired date, but instead, they are finding the next available appointment and making the desired date the same as the appointment date instead of asking the patient when they want to be seen.”

The reports in San Diego and Los Angeles indicate a incredibly consistent pattern of pressure and instruction from management to zero out wait times and staff and supervisors who failed to comply being retaliated against.

“From Illinois to Texas and now California, report after report has shown that VA schedulers manipulated appointments to artificially ‘reduce’ wait times, often because they were pressured to by supervisors or simply because they were trained to do so from the moment they started working with the VA,” John Cooper, press secretary at Concerned Veterans for America, told The Daily Caller News Foundation. “These wait lists have a human cost, and highlight both the systemic problems at the VA and the need for reform that empowers veterans to make their medical care decisions so that they are not forced to navigate a system defined by such incompetence, at best, and corruption, at worst.”