A free-choice program implemented to get veterans crucial medical care is under siege because the Department of Veterans Affairs has not paid millions of dollars owed to the doctors providing it.

Now, the VA employee union, which opposes letting veterans get care outside their system in the first place, is citing VA employees’ failure as the reason to abort the fix.

Congress approved the Choice Card program in 2014 after a flood of media reports of veterans dying as VA facilities across the nation manipulated official data to conceal long delays in scheduling appointments.

The Choice Card program allows veterans to seek private medical care if VA is unable to provide it within a month of being requested, or if there is no VA facility near their homes. Not long after the program began, however, non-VA doctors and hospitals began complaining they weren’t being paid for their services.

A survey of non-VA hospitals in Florida, for example, found VA owed more than $100 million in unpaid claims for services provided to veterans under the Choice Card program. Sixty percent of the hospitals described the problems in getting paid as inexplicable, with their claims mysteriously getting “lost.”

A growing number of doctors across the country are refusing to treat patients using the Choice Card for fear of never being paid. 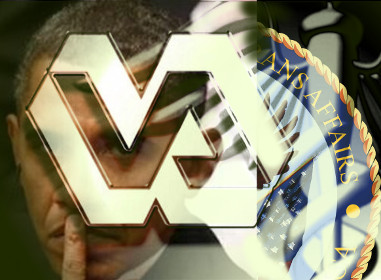 Now the American Federation of Government Employees, which represents most of VA’s nearly 350,000 workers, is using the failure to process payments to justify ending the program–which it opposed from the start because it said it could reduce the growth of its membership rolls. The union also complains that government workers are being forced to talk to non-VA doctors and hospitals about payments.

Incredibly, senior VA leaders are also pressuring Congress to repeal the program because it – not the wait-time scandal – is why their agency’s image is in tatters.

“The problem, our reputation has been hurt incredibly, and you’re hearing it from the veterans, because the Choice program hasn’t worked … we need these legislative fixes to fix the program once and for all,” VA Under Secretary For Health David Shulkin said in a March 10 Senate hearing.

The next day, AFGE leaders told their members to demand that Congress bar veterans from using private healthcare providers, claiming Choice Card “has already led to veterans being hounded by bill collectors” and to “VA staff forced to spend hours on the phone with insurance companies and for-profit providers.”

Days later, however, VA changed course and admitted that it was responsible for Choice Card problems.

“VA acknowledges that delayed payments and inappropriately billed claims are unacceptable and have caused stress for veterans and providers alike,” VA said in a March 14 statement. The statement quoted Shulkin saying “there should be no bureaucratic burden that stands in the way of veterans getting care.”

Government contractor Health Net Inc. is largely responsible for processing Choice Card payments. The firm has long experience with government healthcare programs because it has done similar jobs for the Department of Defense’s Tricare program for members of the U.S. military since 1988.

Health Net Inc. spokesman Brad Kieffer told TheDCNF that handling VA’s Choice Card is a “team effort” and “we, as well as all stakeholders in the program, learned a great deal from this early experience.”

Randy Noller, a VA spokesman, said the agency “is working with contractors to improve administrative processes, such as scanning documents to the veteran’s record and uploading them to HealthNet, Colorado’s VCP contractor. VA intends to make this process as seamless and transparent as possible for veterans.”

Last year when VA leaders claimed budget shortfalls threatened to force closure of government hospitals and related healthcare facilities, they asked Congress to let them transfer up to $3.3 billion originally authorized for the Choice Card program. Congressional leaders were skeptical but reluctantly went along.

Sen. Richard Blumenthal of Connecticut, the top Democrat on the Veterans Affairs committee, said “we’re in this situation, quite frankly, because of gross ineptitude in planning that can only be characterized as malpractice in management.”

Numerous veterans have described being hounded by unpaid doctors and being made to feel like scofflaws and deadbeats, thanks to VA’s failure to cover the costs, as Congress and President Barack Obama promised when they approved the Choice Card program.

“It is now believed by veterans that this is happening by design to force veterans back to VA to justify the existence of VA,” veteran Tony Woody said. “VA administrators fear losing too many veterans to the civilian sector, thus causing them to lose their jobs because they know the civilian sector is far more efficient.”

The situation prompted Woody, a retired U.S. Navy Chief, to ask “since when did a government employee’s job become more important than the lives of the veterans they are supposed to be serving?”