GOOD NEWS: Obama Tells Landlords They Must Rent to Murderers, Rapists and Other Felons

The Obama administration released a warning Monday telling the nation’s landlords that it may be discriminatory for them to refuse to rent to those with criminal records.

The Fair Housing Act doesn’t include criminals as a protected class, but the Department of Housing and Urban Development (HUD) says refusing to rent based on a criminal record is a form of racial discrimination, due to racial imbalances in the U.S. justice system [Editor's Note: perhaps someday HUD could examine "racial imbalances" in single-parent families].

“The Fair Housing Act prohibits both intentional housing discrimination and housing practices that have an unjustified discriminatory effect because of race, national origin, or other protected characteristics,” say HUD’s newly-released guidelines. “Because of widespread racial and ethnic disparities in the U.S. criminal justice system, criminal history-based restrictions on access to housing are likely disproportionately to burden African-Americans and Hispanics. While the Act does not prohibit housing providers from appropriately considering criminal history information when making housing decisions, arbitrary and overbroad criminal history-related bans are likely to lack a legally sufficient justification.”

About 25 percent of Americans have some kind of criminal record, which can range from felony convictions to arrests that never led to charges. As HUD correctly notes, criminal history is not equally distributed across racial groups. For instance, while blacks are about 12 percent of the U.S. population, they are about 36 percent of the prison population. Hispanics are also overrepresented behind bars, though to a much smaller degree. 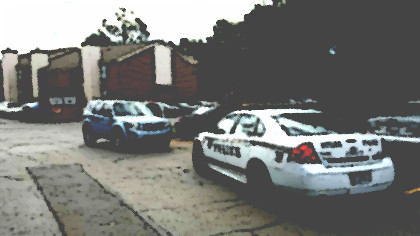 “The fact that you were arrested shouldn’t keep you from getting a job and it shouldn’t keep you from renting a home,” HUD Secretary Julian Castro said Monday at an annual meeting of the National Low Income Housing Coalition. “When someone has been convicted of a crime and has paid their debt to society, then they ought to have an effective second chance at life. The ability to find housing is an indispensable second chance in life.”

HUD says that landlords may be allowed to bar those with criminal records from living in a facility, but they will have to prove that such a policy is necessary for protecting the safety of other tenants, and designed to avoid illegal discrimination. The new guidance recommends that landlords consider factors such as the severity of the criminal history and how long ago it occurred.

Landlords who violate the Fair Housing Act can be hit with civil fines amounting to thousands or millions of dollars, depending on the severity and the duration of the alleged violation.

The new guideline includes one major exception that will benefit landlords: It is never illegal, HUD says, for landlords to block renting to those convicted of manufacturing or distributing illegal drugs.

The new guidance isn’t the first move by the Obama administration to break down perceived racial barriers in the housing market. HUD launched an effort in 2015 to encourage cities to use Section 8 and other levels to create racially-integrated neighborhoods. The effort came in the wake of a Supreme Court ruling that policies which result in unintentional housing discrimination may be targeted in lawsuits.

As a landlord, I will be happy to abide by this rule if HUD directors will first set an example by renting out rooms in their own homes to convicted criminals.

Does this mean that the average renter can refuse to fill out a finance reference report? Or is it only thugs who get to screw over the people renting their properties?