IN NEW YORK CITY: Rights are for the Rich, Not the People

Somewhere, Big Tim Sullivan might be laughing. Over 100 years after the enactment of New York City’s handgun licensing law (commonly referred to as the Sullivan Act), the measure is still working as the political boss intended. That is to say, it is ensuring that New Yorkers who are well-connected, either by status or more nefarious channels, are able to arm themselves with handguns, while average residents remain at the mercy of the criminal element.


It is important to make clear that the description of the corruption case that follows is a summary of allegations contained within a federal complaint, and that at this point none of the individuals alleged to be involved in the corruption case have been convicted.

On Sunday, authorities arrested Alex “Shaya” Lichtenstein on bribery and conspiracy charges relating to alleged efforts to bribe an NYPD officer in order to obtain handgun licenses, and previous successful attempts to do the same. The arrest was part of a wide-ranging Federal probe into corruption at the NYPD. New York Police Commissioner Bill Bratton told the New York Post that the unfolding scandal is the worst for the department since the period surrounding the Knapp Commission in the early 1970s; an era of rampant corruption made famous in the film Serpico. 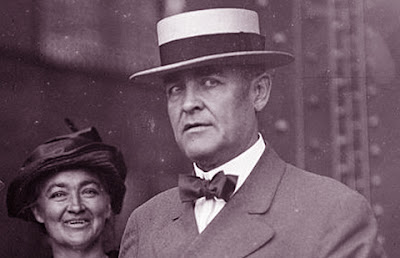 A complaint filed with the U.S. District Court for the Southern District of New York outlines Lichtenstein’s alleged license-purchasing scheme. According to the document, starting in 2014, Lichtenstein developed a relationship with a sergeant at the NYPD License Division with the authority to approve gun license applications, listed in the complaint as “Sergeant-1”. From an undetermined point in 2014 to early 2016, Lichtenstein frequented the License Division “on a nearly daily basis.”

The complaint notes that during this time period, Lichtenstein “charged his customers $18,000 per gun license” in exchange for his help in acquiring a handgun license. An officer who worked with Sergeant-1 and conducted investigations for the License Division told a federal investigator that Lichtenstein would provide him and Sergeant-1 with cash bribes he termed “lunch money,” consisting of “a hundred dollars.”

The process of obtaining a handgun license in New York City is incredibly difficult. The application fee alone is $340.00, with an additional $89.75 charged as a fingerprinting fee. Applicants must submit to a lengthy application process that includes a personal interview. The Rules of the City of New York make clear that applicants can be denied on frivolous or nebulous grounds, including “a poor driving history,” “a lack of candor towards lawful authorities,” and the catch-all “other good cause for the denial of the license.” Another criteria for denial is “a history of one or more incidents of domestic violence.” According to the complaint, Lichtenstein allegedly had little trouble bypassing these criteria, acquiring a handgun license for an individual who had “been involved in four car accidents; been arrested for forgery; received three vehicle-related summonses; received approximately ten moving violations; and had been the subject of at least four domestic violence complaints, including one in which he was accused of threatening to kill someone.”

While the breadth of Lichtenstein and his accomplices’ alleged scheme might shock some, it’s unlikely the nature of the crime will come as a surprise to gun rights supporters. When the government has discretionary power over who may or may not obtain a license or permit to possess or carry a firearm, there is ample opportunity for official misconduct.

Notably, in addition to allowing for bribery and favoritism, discretionary licensing laws empower those with racial biases to deprive the targets of their bias from acquiring or carrying firearms. In fact, there is evidence that part of the intent of the enactment of the Sullivan Law in 1911, which made it illegal to possess a handgun in one’s own home without a license, was to target disfavored minority groups. Others have suggested that Sullivan intended to wield the new law against his political enemies.

As we previously pointed out in this journal, authors Lee Kennett and James LaVerne explain in their book The Gun in America, part of which uses excerpts from a contemporary New York Tribune Article, the thinking of the time period:


It had long been held that pistols were found "chiefly in the pockets of ignorant and quarrelsome immigrants of lawbreaking propensities." The Italian populations seemed particularly addicted to criminality (the Tribune's annual index frequently crosslisted the entries "Crime" and "Italians"). As early as 1903 the authorities had begun to cancel pistol permits in the Italian sections of the city.


Added to this rising concern was a disturbing and alien element. The public had always been sensitive to the dangers of armed minorities such as blacks and Indians, but this concern took on new dimensions as cities filled with unassimilated masses of immigrants from Southern and Eastern Europe…

May-issue firearms licensing, as vividly illustrated by New York City’s experience, offers the opportunity to indulge prejudices and engage in unscrupulous dealing. These are some of the reasons why NRA works tirelessly to limit government discretion in firearms licensing. In this field, NRA’s greatest success has come with the Right-to-Carry revolution of the last three decades, which has seen shall-issue concealed carry permitting laws enacted in all but a handful of jurisdictions. NRA will continue to work to reform discretionary licensing procedures, until all law-abiding Americans can confidently and efficiently acquire the means of self-defense.

As a matter of comparison, my local county sheriff department just charged me $5.00 for fingerprinting. Service was a prompt as could be expected, like about 2 minutes.

In Idaho on July 1, residents can carry concealed with no permit at all.