SEKULOW: Obama Could Be "Held Accountable" For The "Soft Coup" Against Trump 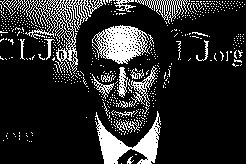 The recent flurry of leaks by the so-called "deep state" led to the resignation of Mike Flynn after a phone recording of his  phone conversation with the Russian ambassador was leaked to the WaPo and other anti-Trump publications. In light of that, an article published on January 12 by the NYT has generated renewed interest.

One month ago, the NYT reported that "In its final days, the Obama administration expanded the power of the National Security Agency to share globally intercepted personal communications with the government’s 16 other intelligence agencies before applying privacy protections."

The new rules significantly relax longstanding limits on what the N.S.A. may do with the information gathered by its most powerful surveillance operations, which are largely unregulated by American wiretapping laws. These include collecting satellite transmissions, phone calls and emails that cross network switches abroad, and messages between people abroad that cross domestic network switches. The change means that far more officials will be searching through raw data. Essentially, the government is reducing the risk that the N.S.A. will fail to recognize that a piece of information would be valuable to another agency, but increasing the risk that officials will see private information about innocent people.

While previously the N.S.A. filtered information before sharing intercepted communications with another agency, like the C.I.A. or the intelligence branches of the F.B.I. and the Drug Enforcement Administration, and furthermore N.S.A.’s analysts passed on only information they deemed pertinent, screening out the identities of innocent people and irrelevant personal information, following passage of Obama's 11th hour rule, "other intelligence agencies will be able to search directly through raw repositories of communications intercepted by the N.S.A. and then apply such rules for “minimizing” privacy intrusions."

In other words, what until recently was a trickle of private data captured about US individuals by the NSA with only a handful of people having full, immersive access, suddenly became a firehose with thousands of potential witnesses across 16 other agencies, each of whom suddenly became a potential source of leaks about ideological political opponents. And with the universe of potential "leaking" culprits suddenly exploding exponentially, good luck finding the responsible party.

However, the implications are far more serious than just loss of privacy rights.

According to civil right expert and prominent First Amendement Supreme Court lawyer, Jay Sekulow, what the agencies did by leaking the Trump Administration information was not only illegal but "almost becomes a soft coup", one which was spurred by the last minute rule-change by Obama, who intentionally made it far easier for leaks to propagate, and next to impossible to catch those responsible for the leaks.

This is his explanation:

There was a sea-change here at the NSA with an order that came from president Obama 17 days before he left office where he allowed the NSA who used to control the data, it now goes to 16 other agencies and that just festered this whole leaking situation, and that happened on the way out, as the president was leaving the office...

...Instead, this change that the president put in place, signed off by the way by James Clapper on December 15, 2016, signed off by Loretta Lynch the Attorney General January 3, 2017, they decide that now 16 agencies can get the raw data and what that does is almost creates a shadow government. You have all these people who are not agreeing with President Trump's position, so it just festers more leaks...

...If they had a justification for this, wonderful, why didn't they do it 8 years ago, 4 years ago, 3 years ago. Yet they wait until 17 days left.

One potential answer: they knew they had a "smoking gun", and were working to make it easier to enable the information to be "leaked" despite the clearly criminal consequences of such dissemination.

As this point Hannity correctly points out, "it makes it that much more difficult by spreading out the information among 16 other agencies, if they want to target or take away the privacy rights, and illegally tap the phones, in this case General Flynn, it's going to be much harder to find the perpetrator."

Sekulow confirms, noting that back when only the NSA had access to this kind of raw data, there would be a very small amount of people who have access to this kind of data. "But this change in the Obama Administration was so significant that they allowed dissemination to 16 other agencies, and we wonder why there's leaks."

The lawyer's conclusion: "President Obama, James Clapper, Loretta Lynch should be held accountable for this."

just executive order it out! and convict the leakers with life imprisonment and total asset forfeiture

Barry Soetoro goes to sleep smugly each night knowing where he put the bodies, sowed the seed, undermined authority, and planted the bombs for Trump to discover. He got away with the Birth Certificate, Mooch's predilections, the adopted daughter, coloring his skin, and putting hair on his head so why not a "soft coup"?