BRILLIANT: Democrat Nitwits on House Intel Committees Compromised by Their Own "Diverse" IT Staff

Three brothers who managed office information technology for members of the House Permanent Select Committee on Intelligence and other lawmakers were abruptly relieved of their duties on suspicion that they accessed congressional computers without permission. 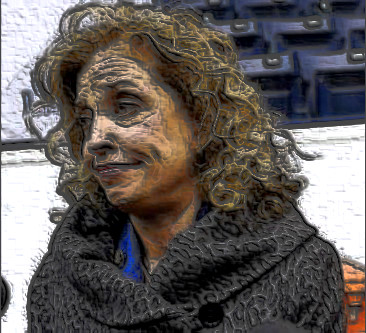 Also among those whose computer systems may have been compromised is Rep. Debbie Wasserman Schultz, the Florida Democrat who was previously the target of a disastrous email hack when she served as chairman of the Democratic National Committee during the 2016 campaign.

The brothers are suspected of serious violations, including accessing members’ computer networks without their knowledge and stealing equipment from Congress.

Jamal handled IT for Rep. Joaquin Castro, a Texas Democrat who serves on both the intelligence and foreign affairs panels.

“As of 2/2, his employment with our office has been terminated,” Castro spokeswoman Erin Hatch told TheDCNF Friday.

Jamal also worked for Louisiana Democrat Rep. Cedric Richmond, who is on the Committee on Homeland Security.

Imran worked for Reps. Andre Carson, an Indiana Democrat, and Jackie Speier, a California Democrat. Both are members of the intelligence committee, and their spokesmen did not respond to TheDCNF’s requests for comment. Imran also worked for the House office of Wasserman Schultz.

Then-Rep. Tammy Duckworth, an Illinois Democrat, employed Abid for IT work in 2016. She was a member of House committees dealing with the armed services, oversight, and Benghazi. Duckworth was elected to the Senate in November, 2016. Abid has a prior criminal record and a bankruptcy.

Abid also worked for Rep. Lois Frankel, a Florida Democrat who is member of the foreign affairs committee.

The three men are “shared employees,” meaning they are hired by multiple offices, which split their salaries and use them as needed for IT services. It is up to each member to fire them.

A criminal investigation into five unnamed people began late last year related to serious and potentially illegal violations of House IT policies, Politico reported Thursday. Chiefs of staff for the members were briefed Thursday by the Sergeant-at-Arms.

Capitol Police spokeswoman Eva Malecki said the investigation was still ongoing, and arrests have not been made but staff were “asked to update their security settings.”

Buzzfeed reported that the Sergeant-at-Arms told staff that the subjects were four men who were brothers and one woman. It did not name them. It quoted one of the affected members as saying “they said it was some sort of procurement scam, but now I’m concerned that they may have stolen data from us, emails, who knows.”

Jamal did not return a request for comment from TheDCNF at a personal email address, while emails to House addresses in the three men’s names bounced back Friday.

Another man, Omar Awan, is a senior IT specialist for the House’s Chief Administrative Officer. An email to his House address did not bounce back Friday, but did not receive a response.

Abid, Imran and Jamal have all shared a house in Lorton, Virginia, that is owned by Hina R. Alvi. Alvi is a female House IT employee who works for many of the same members as the three brothers, as well as the House Democratic Caucus.

Signs of trouble have long been visible in public records. The Congressional Credit Union repossessed Abid’s car in 2009, and he declared bankruptcy in 2012, facing multiple lawsuits.

Alvi, who did not respond to TheDCNF’s request for comment, has taken multiple second mortgages.

Security-sensitive jobs typically require background checks for credit and legal problems that can create pressures to cash in on access to secret information and documents.

Jamal, who public records suggest is only 22 years old and first began working in the House when he was 20, was paid nearly $160,000 a year, or three times the average House IT staff salary, according to InsideGov, which tracks congressional salaries. Abid was paid $161,000 and Imran $165,000.

Jack Langer, spokesman for the intelligence committee, said the committee office has its own IT staff and security measures and classified information from the panel is not allowed to be sent to members’ personal offices.

sounds like ISIS just lost their main intel assets. but then again the democrats i.e only political party who owned human beings, probably knew of it and turned a blind eye from it.

Don't these fools ever screen anybody? Is is laziness, hubris or just plain stupidity?

9/11 Islam bombs America,World Trade Center
Do we stop the flow of Islamic refugees, oh hell no
we invite more in,
Where do they get jobs: in our government office,
zoom to Obama Administration,
Muslim brotherhood
now an inside operation,
All because hey, PC states not all Muslims are bad,
Yep, let the enemy in,
information leaves,
we pay the bad guys to help destroy
our nation, Thank You democrats/republicans
for your appeasement attitude.