FINALLY: “As of today, we are officially putting Iran on notice"

Who'd have thunk it? After eight interminably long years, we finally have a real life, actual, pro-American President.

“There are a large number of options available to the administration. We are going to take appropriate action and I will not provide any further information today relative to that question,” a senior administration official told reporters... “The important thing here is we are communicating that Iranian behavior needs to be rethought by Tehran.”

...In a surprise appearance in the White House briefing room earlier in the day, Flynn vowed a more muscular U.S. response to Iran’s “destabilizing behavior across the Middle East,” including its ballistic missile test launch over the weekend. 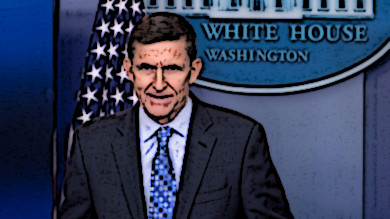 “In these and other similar activities, Iran continues to threaten U.S. friends and allies in the region,” Flynn said, blaming President Barack Obama for allowing Iran to become “emboldened.”

Flynn also cited heightened tensions with Houthi forces in Yemen, stating that “Houthi forces that Iran has trained and armed have struck Emirati and Saudi vessels, and threatened U.S. and allied vessels transiting the Red Sea.”

“As of today, we are officially putting Iran on notice,” he said.


Just saying: Iran had better read these paragraphs very, very carefully. Unless they want to be introduced into the major leagues of violence.