PANIC AT THE P.L.O.: The Trump Way of War

The PLO is disoriented, panicked and hysterical. Speaking to Newsweek this week, Saeb Erekat, PLO chief Mahmoud Abbas’s chief conduit to Israel and the Americans, complained that since President Donald Trump was sworn into office, no administration official had spoken to them.

“I don’t know any of them [Trump’s advisers]. We have sent them letters, written messages. They don’t even bother to respond to us.”

The Trump administration’s shunning of the PLO is a marked departure from the policies of its predecessor. For former president Barack Obama, together with Iran, the Palestinians were viewed as the key players in the Middle East. Abbas was the first foreign leader Obama called after taking office.

Erekat’s statement reveals something that is generally obscured. Despite its deep support in Europe, the UN and the international Left, without US support, the PLO is irrelevant.

All the achievements the PLO racked up under Obama – topped off with the former president’s facilitation of UN Security Council Resolution 2334 against Israel – are suddenly irrelevant. Their impact dissipated the minute Trump took office.

Israel, in contrast, is more relevant than ever.

While Trump occasionally pays lip service to making peace in the Middle East, his real goal is to win the war against jihadist Islam. And he rightly views Israel as a woefully underutilized strategic ally that shares his goal and is well-placed to help him achieve it. 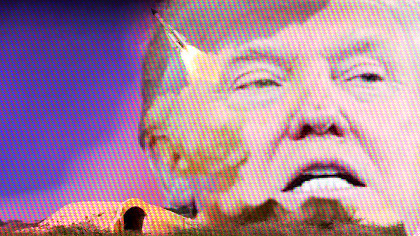 During the electoral campaign, Trump often spoke derisively of Obama’s nuclear pact with Tehran. And he repeatedly promised to eradicate Islamic State. But when asked to explain what he intended to do on these scores, Trump demurred. You don’t expect me to let the enemy know my plan, do you?

Trump’s critics dismissed his statements as empty talk. But since he came into office, each day signals that he does have a plan and that he is implementing it. The plan coming into focus involves a multidimensional campaign that if successful will both neutralize Iran as a strategic threat and obliterate ISIS.

Regarding Iran specifically, Trump’s moves to date involve operations on three levels. First, there is the rhetorical campaign to distinguish the Trump administration from its successor.

Trump launched the campaign on Twitter on Wednesday writing, “Iran is rapidly taking over more and more of Iraq even after the US has squandered three trillion dollars there.”

At a minimum, Trump’s statement signaled an abandonment of Obama’s policy of cooperating with Iranian forces and Iranian-controlled Iraqi forces in the fight against ISIS in Iraq.

At around the same time Trump released his tweet about Iranian control of Iraq, his National Security Adviser Lt.-Gen. (ret.) Michael Flynn took a knife to Obama’s obsequious stand on Iran during a press briefing at the White House.

While Trump’s statement related to Iran’s growing power in Iraq, Flynn’s remarks were directed against its nonconventional threat and its regional aggression. Both were on display earlier this week.

On Sunday, Iran carried out its 12th ballistic missile test since concluding its nuclear deal with Obama, and its first since Trump took office.

On Monday, Iranian-controlled Houthi forces in Yemen attacked a Saudi ship in the Bab al-Mandab choke point connecting the Red Sea to the Indian Ocean.

Flynn condemned both noting that they threatened the US and its allies and destabilized the Middle East. The missile test, he said, violated UN Security Council Resolution 2231 that anchored the nuclear deal.

“The Obama administration failed to respond adequately to Tehran’s malign actions – including weapons transfers, support for terrorism, and other violations of international norms,” he noted.

“The Trump administration condemns such actions by Iran that undermine security, prosperity and stability throughout and beyond the Middle East and place American lives at risk.”

“As of today, we are officially putting Iran on notice,” he warned.

While Flynn gave no details of what the US intends to do to Iran if it continues its aggressive behavior, the day before he made his statement, the US opened a major, multilateral, British-led naval exercise in the Persian Gulf. US naval forces in the region have been significantly strengthened since January 20 and rules of engagement for US forces in the Persian Gulf have reportedly been relaxed.

Perhaps the most potent aspect of Trump’s emerging strategy for defeating the forces of jihad is the one that hasn’t been discussed but it was signaled, through a proxy, the day after Trump took office.

On January 21, Prime Minister Benjamin Netanyahu posted a remarkable message to the Iranian people on his Facebook page. Netanyahu drew a sharp distinction between the “warm” Iranian people and the “repressive” regime.

Netanyahu opened his remarks by invoking the new administration.

“I plan to speak soon with President Trump about how to counter the threat of the Iranian regime, which calls for Israel’s destruction,” the prime minister explained.

Netanyahu paid homage to the Green Revolution of 2009 that was brutally repressed by the regime. In his words, “I’ll never forget the images of proud, young students eager for change gunned down in the streets of Tehran in 2009.”

Netanyahu’s statement was doubtlessly coordinated with the new administration. It signaled that destabilizing with the goal of overthrowing the regime in Tehran is a major component of Trump’s strategy.

By the looks of things in Iran, regime opponents are taking heart from the new tone emanating from Washington. Iranian dissidents have asked for a meeting with Trump’s team. And a week and a half before Trump’s inauguration, regime opponents staged a massive anti-regime protest.

Protesters used the public funeral of former Iranian president Akbar Hashemi Rafsanjani to denounce the regime. In 2009, Rafsanjani sided with many of the Green Movement’s positions. His daughter was a leader of the protests.

This then brings us to Syria, where the war against ISIS and the campaign against Iran are set to converge. To date, Trump has limited his stated goals in Syria to setting up safe zones inside the country where displaced Syrians can live securely. Saudi Arabia and the Emirates have agreed to cooperate in these efforts.

Trump is now engaged in a talks with the Kremlin both above and below the radar about the possibility of coordinating their operations in Syria to enable safe zones to be established.

It is fairly clear what the US objective here would be. The US wishes to convince Moscow to effectively end its alliance with the Iranian regime. Trump repeatedly stated that the entire spectrum of US-Russian relations is now in play. Talks between the two governments will encompass Ukraine, US economic sanctions on Russia, nuclear weapons, Russian bases in Syria and Russia’s alliance with Iran and its Hezbollah proxies.

Everything is on the table.

Trump understands that Russia is threatened by Sunni jihadists and that Russia views Iran as a counterweight to ISIS and its counterparts in the Caucasus. A deal between the US and Russia could involve a Russian agreement to end its support for Iran and Hezbollah in exchange for US acceptance of Russia’s annexation of Crimea, cancellation of sanctions and perhaps some form of acquiescence to Russia’s military presence in Syria.

Russia and the US could then collaborate with Arab states with Israeli support to defeat ISIS and end the Syrian refugee crisis.

Combined with actions the Trump administration is already taking in the Persian Gulf and Red Sea, and its telegraphed aim of backing a popular Iranian insurrection, Trump’s hypothetical deal with Russia would neutralize Iran as a conventional and nonconventional threat.

This then brings us back to Israel – the first target of Iran’s aggression. If Trump’s strategy is successful, then the PLO will not be Israel’s only foe that is rendered irrelevant.

Earlier this week it was reported that in the twoand- a-half years since the last war with Hamas, the Iranian-backed, Muslim Brotherhood-affiliate terrorist group has rebuilt its forces. Today Hamas fields assets and troops that match the capabilities it fielded during Operation Protective Edge.

Hezbollah, with its effective control over Lebanon, including the Lebanese military, is a strategic threat to Israel.

To date, Israel has demurred from targeting Hezbollah and Hamas missile arsenals, but not because it is incapable of destroying them. Israel’s efforts to avoid conflict with its enemies, even at the price of their rearmament, also haven’t stemmed from fear of European or UN condemnation or even from fear of the so-called “CNN-effect.”

Israel has chosen not to defeat its enemies – not to mention the EU-backed NGOs that whitewash them – because the Americans have supported them.

The Clinton administration barred Israel from taking decisive action against either Hezbollah or the Palestinians.

The Bush administration forced Israel to stand down during the war with Hezbollah in 2006.

The Obama administration effectively sided with Hamas against Israel in 2014.

In other words, across three administrations, the Americans made it impossible for Israel to take decisive military action against its enemies.

Under Obama, the US also derailed every Israeli attempt to curb the power of EU-funded subversive organizations operating from inside of Israel.

Trump’s emerging strategy on Iran and ISIS, together with his refusal to operate in accordance with the standard US playbook on the Palestinians, indicates that the US has abandoned this practice. Under Trump, Israel is free to defeat its enemies. Their most powerful deterrent against Israel – the US – is gone.

Israel has long argued that there is no difference between al-Qaida and Hamas or between ISIS and Hezbollah. It has also argued that Iran threatens not only Israel but the world as a whole. Hoping to co-opt the forces of jihad rather than defeat them, successive US administrations have chosen to deny this obvious truth.

Unlike his predecessors, Trump is serious about winning. To do so, he is even willing to take the radical step of accepting Israel as an ally.

The PLO is right to be hysterical.
Read more at FrontpageMag.com.

PLO are scum of the earth

FANTASTIC! I really am beginning to really think some things might really change. I just hope they find a way to make the changes much longer term. I hate this generation to generation race to the bottom, or worse election cycle to election cycle. people cannot get to work and have families with such instability and impoverishment by the government.

Why would anybody give the Philistines a place at the table(?) when killing people is their idea of peace.

Dear Mahmoud Abbas, if you want people to listen to you, you have to keep your word.