THE COMING BORDER WAR: A Prediction

A prediction: when the “Wall” along the southern border begins to be constructed, the left’s professional activists will implement an extensive disruption campaign.

It will be modeled after the Keystone Pipeline protest (that involved a makeshift city of 10,000), but be more mobile and flexible, spread out along the border that marks the path of the wall.

Protestors will stand in the path of construction, just at activists have, in the past, chained themselves to trees in the Northwest to stop logging.

At night, other operatives will target the Wall for destructive sorties. Those may occasionally include the use of light explosives, easily smuggled from Mexico. 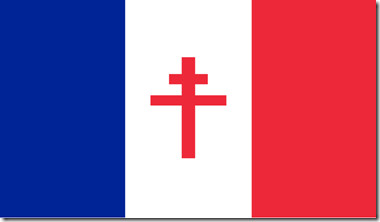 Meanwhile, protestors will block primary and secondary roads that ICE vehicles travel to remove illegals from the country. They’ll set junk cars afire, and deploy some of the same traffic blocking tactics used this summer at Trump rallies, but more aggressive. Say, a hijacked gasoline tanker truck set afire on a critical bridge.

When families are sent back South across the border, a select few will enter an “underground railroad” effort, like that used to smuggle downed Allies fliers out of France back to England in WW2. Legacy media, complicit with lawbreaking, will support the resistance. Imagine a 60 Minutes special tracking the movement of Juan (arrested for a non-violent felony), Maria and their two small children, deported and then transported up through Texas with the help of Tom and Betty Carlson, Lutherans from Brownsville, Texas.

The aim will be to soften the resolve of people and provoke them to call for their Congressional representatives to vastly soften the enforcement of immigration law. Legislators will initially propose resolutions to stop “the disenfranchisement of immigrant families.” The liberal media will broadcast full-throated support of the Border Resistance Movement (BRM). (Will we see “#ImmigrantLivesMatter”?)

I hope I'm wrong, but my guess is that this saga will dominate the news cycles for months.

Don't forget the mandatory inclusion of cherry-picked photos. Mothers with babies, that sort of thing.
And the sob stores of suffering women and children who can't get help in their own countries due to crime and corruption.
And the use of the word "immigrant" without the modifier, "illegal".
Same old, same old.

Hmmmm... Minefields are cheaper than walls and can be deployed via Airdrop..... Ooops..... Guess the paid protesters were in the wrong place....

Does employment by Soros, Inc. include life insurance?

The entire #FakeNews syndrome depends on very capitalistic cost/benefit behavior. Air dropped noisemakers/fireworks that might be anti-personnel mines would get rid of 95% of the Soros paid disruptors.

Trump won't put up with this protester crap like Obama did. He will crack down on them so hard they won't know what hit them.

Simple solution. Any effort to disrupt, interfere with the government's efforts to deport, arrest, detain illegals will warrant a 15 year mandatory sentence and a 50,000 fine.

Any attempt to interfere with the construction, maintenance, preparation, etc. of any security or defensive construction will result in a 20 year mandatory sentence, prohibited amnesty from any source other than a 2/3 vote of the Congress, a 50,000 fine, and loss of citizenship, and the forbidding of running, being appointed to any governmental office. For non born US citizens, immediate deportation.

Just publish the whereabouts of these rich, soft-handed, and soft-headed protesters in every border newspaper in Mexico. Weeemen! and Moneee! for the pickin's.

When China built the Great Wall everyone had to produce or perish. Those not actively involved with production were tossed into the bottom, became part of the wall! Just a thought.

Let them protest on the south side of the wall

If there going to congregate to protest, then they make excellent rifle targets. Just sayin.