Former Labor Secretary and notorious racialist agitator Tom Perez has won the position of DNC Chair. He is Barack Obama’s choice and his doppelgänger. As a liar, racialist, manipulator and Marxist, he is the right choice for the new hard-left Democrat Party.

Perez lied about his family history, is hard left, and will bring the Democrat Party to the furthest left fringe. 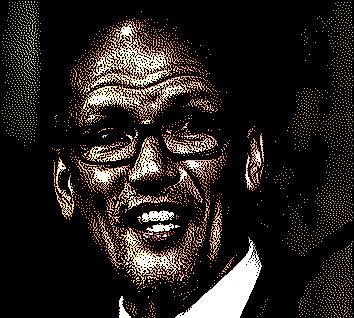 In the Podesta files, email 4429, Tom Perez wrote to John Podesta, to tell Clinton campaign staff that they should use racial identity as a wedge issue in the Democrat primary and “put and fork once and for all in the false narrative about Bernie and Latinos”.

The Plot Against Bernie

This is a good time to remember how Perez wanted to label Bernie Sanders a racist. Perez and the DNC worked together to undermine Bernie Sanders.

In the Podesta files, email 4429, Tom Perez wrote to John Podesta, to tell Clinton campaign staff that they should use racial identity as a wedge issue in the Democrat primary and “put and fork once and for all in the false narrative about Bernie and Latinos”.

Perez stated that because Clinton’s “plan to attract all minority voters” worked in Nevada, they could use that to change the current narrative that Bernie does does great with young voters.

“Emmy and the team have a good plan to attract all minority voters. When we do well there, then the narrative changes from Bernie kicks ass among young voters to Bernie does well only among young white liberals– that is a different story and a perfect lead in to South Carolina, where once again, we can work to attract young voters of color.”

Perez is a snake who wants to rebuild the party in Obama’s image and likeness.

Perez’s pitch is to “think big, act tactically.” Perez likes to describe himself as a progressive who “delivers results”. He’s a dirty tricks guy.

The Sentinel was hoping for the terrorist, Keith Ellison, so the Democrats would be assured of never winning for a long, long time.

He considers Arpaio “rogue” because he wants to deport people who come here illegally.

Perez took the lead against Arizona’s SB 1070 which was a valid interpretation and enforcement of federal law.

Perez, a civil rights lawyer tapped for President Barack Obama’s Cabinet in 2013, touted the Obama administration’s efforts to raise the minimum wage. He’s a redistributionist and he wants to decide who is getting ‘too much’ because ‘it’s not who we are’, the Marxist said.

“Whether you’re a conservative or a progressive, a fair minimum wage [Marxist] has always been a lynchpin of a thriving economy, but the Tea Party is holding it hostage,” he said.

It’s “unconscionable” for Republican presidential candidates to oppose raising the minimum wage, according to Tom Perez, a hardcore Marxist.

“If you want to grow the economy, elect a Democrat,” Perez said.

Perez is a racialist and an open borders proponent. He also has issues of competence.

An internal watchdog report released by the DOJ’s Inspector General, Michael E. Horowitz, harshly criticized Perez’ department while under his leadership. Perez blamed it on Bush but the report shows clearly that racialism is a serious problem in the department because of his leadership.

The report states that “the politically charged atmosphere and polarization within the Voting Section continued even after the 2009 change in the Division’s leadership.”

While there was insufficient evidence of clear wrongdoing, the report states that the high level of “mistrust and polarization” in the department puts enforcement of voting laws and redistricting at risk of improper handling.

Since 2009, cases of white victims were ignored and the cases taken up were “traditional” civil rights cases on behalf of racial or ethnic minorities who have been the historical victims of discrimination.”

One former attorney, J. Christian Adams, claimed bias in the New Black Panthers case but the case was dismissed. He resigned as a DOJ lawyer because he was told that they would only be litigating cases in which the defendants are minorities.

Perez was the head of the votings section when the New Black Panther’s case was dismissed on May 15, 2009

The 258-page report can be read on this link.

Perez led the administration’s racial alarmists against voter ID laws in South Carolina but was shot down by the U.S. District Court for the D.C. Circuit. Similar cases he litigated have been struck down in Arkansas, Florida and New York.

Perez is a believer in quota systems which have been rejected by the SCOTUS. One bill he supported, the Employment Nondiscrimination Act (ENDA), was intended, allegedly, to ban discrimination by employers against LGBT’s. It would set quota systems though Perez denied that but how else could employers prove they are not biased?

In other cases, he has harassed the police and fire departments, demanding that quotas be put in place. He took on one case initiated by the DOJ in 2007. In that case, he said that black firefighter applicants who fail by as much as 70% must still be admitted to the fire academy.

In February 2011, Perez demanded damages for rejected applicants who scored 25 or higher on the 85-question exams. Taxpayers would be forced to pay compensation for incredibly under-qualified applicants solely because of their minority status. They would be hired with the seniority they would have earned had they been qualified.

Even while serving in the DOJ, he volunteered for Casa de Maryland and received donations from George Soros’ Open Society and Hugo Chavez’ CITGO. Conflict of interest?

Perez was born in Buffalo, New York and received a bachelor’s degree from Brown University and then a JD from Harvard Law School.

He follows Debbie Wasserman-Schultz who resigned in disgrace. The temporary chair Donna Brazile also was outed as a liar by Podesta emails who fed questions to Hillary during the primary.

The threshold for winning the first vote was 214.5 votes, and Perez was just one vote shy of achieving that exact mark in the first round. He garnered 213.5 votes to Ellison’s 200, resulting in a second ballot.

During Perez' tenure as Labor Secretary, OSHA quietly adopted a standard for restrooms that declares the worker must be allowed to use the bathroom of his/her adopted gender as a 'health' issue. Go to OSHA.gov and use the search field to query 'restroom access'.

Hey black sisters and brothers. When are you gonna stop killing your own people and listen to what really happened in America? Stop falling for the distractions and diversions from the left. They use charges of racism and inequality to sidetrack you, and to stop you from looking into the past to learn what the DNC has done to you and your heritage. Others use it as a tool to gain power and wealth. The left does not give a shit about helping to solve your problems. You are their pawns, as you have been for 200 years.


As a "REAL" free-thinking black sister, Sonnie Johnson has said:

Some of here targeted points are:
• Institutionalized racism is real in America. It was created by, from, and for liberal democrats, and it came from the progressive president Woodrow Wilson who believed America would be better if the races were segregated. It came through a president named FDR. His minimum wage [laws] was to protect white jobs from black workers, through unionization. His price controls bankrupted black farms. People who worked for themselves their entire lives were now forced to go to government and beg for welfare. His excessive taxation and regulation took these people that were newly-freed slaves already, and crushed their businesses.

• White supremacy is real and was created by, from, and for liberal democrats. It came with the very first gun law. That’s because Democrats did not believe black people have a right to protect themselves from the KKK. It came with Democrats pushing for Planned Parenthood. They put Planned Parenthood centers on every corner in black neighborhoods. It comes in the form of the a liberal criminal justice system, because Democrats think they can change human nature by passing a law, and they realized that they could [bypass] the Thirteenth Amendment and still restrict you to slavery by convicting you of a crime.


• All of these factors culminate in progressive liberal democrats who push jobs program, who love Planned Parenthood, and who have not met a gun law they didn’t like. Every single aspect of systemic racism and white supremacy progressives have created and have pushed, and remains on the Democratic side. They came from the Democrat side and they remain on the Democrat side.

Time to listen up black brothers and sisters. You ever see the movie the Matrix? You're still on the plantation. Care to join us in the real world of freedom, jobs, liberty, equality, and prosperity? Or do you just want to keep listening to your progressive liberal slave masters. And of course, I know you can figure it out, so you know, as I do, that there are thousands of black plantation owners out there too.