Weeks after the chief law enforcement official in New York State issued “legal guidance” to help municipalities provide sanctuary for illegal immigrants, nearly a dozen have followed through with the attorney general’s order to skirt federal law. The goal, according to New York Attorney General Eric Schneiderman, is to provide local governments with a tool to “protect their immigrant communities, regardless of new federal enforcement practices.” Those that have followed Schneiderman’s directive range from sleepy towns like Newburgh to larger cities such as Rochester as well as Albany, the state capital.

Schneiderman issued the decree in response to the Trump administration’s proposed immigration enforcement policies. The document states that its purpose it to describe the legal landscape governing the participation of local authorities in immigration enforcement and to “assist local authorities that wish to become sanctuary jurisdictions by offering model language that can be used to enact local laws or policies that limit participation in immigration enforcement activities.” Utilizing so-called “model language” has become a key tool for sanctuary cities, counties and states that want to avoid losing federal funds under new Trump administration measures that punish local governments for not cooperating with federal authorities. Just last month Judicial Watch reported on a California town that found a creative way to implement a stealth sanctuary policy with “model language” that avoids using certain trigger words. 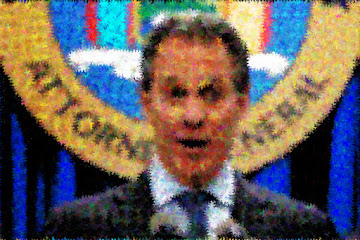 New York stands out because it’s the only state in which the top law enforcement authority, a veteran elected official, is actively encouraging and assisting local governments to violate the law. Some have faced resistance from citizens, though the majority have passed stealth sanctuary measures with little opposition since Schneiderman launched his campaign to protect illegal aliens in the Empire State. In the upscale town of Irvington, situated about 20 miles from Manhattan, the Board of Trustees issued a Statement of Tolerance days after the 2016 presidential election to guarantee that people of all races, religions, orientations and countries of origin are safe within its boundaries. “It seems there are many in our nation who are not currently feeling welcome nor safe,” the statement reads. “We want everyone to know that the Irvington Board of Trustees will never tolerate discrimination of any kind in our Village.” The city lists a phone number of the local police and encourage anyone who witnesses “any form of discrimination or intimidation” to call immediately.

Last month Irvington unanimously passed a resolution making it a sanctuary city and lawmakers credit the attorney general’s legal guidance. Now the mayor and several trustees are used as propaganda by the attorney general’s office to promote more illegal alien sanctuaries in the state. In a statement issued by the attorney general, Irvington Mayor Brian Smith says this: “We relied on the guidance of the AG’s office in crafting the wording of the resolution, which has the complete support of our police department. Irvington proudly stands as the first Westchester municipality to pass such a resolution and looks forward to having others step forward.” Under the new measure, which reportedly will soon be adapted by other communities in the county, Irvington will not honor detainer requests from federal immigration enforcement agencies.

One Irvington resident who continues challenging the sanctuary measure is an attorney who argues that the village is protecting criminals and endangering the lives of citizens. Her name is Lauri Regan and she reminds Irvington lawmakers in writing about a recent Maryland case in which two illegal immigrants raped a 14-year-old girl in a high school bathroom. Immigration and Customs Enforcement (ICE) had issued a detainer for one of the rapists but, because Montgomery County offers illegal immigrants sanctuary, it was ignored. Regan fears the same will occur in her hometown of Irvington. In one electronic mail Irvington Mayor Brian Smith tells Regan that he fails to see a link between the Maryland case and the new Irvington policy and in another he writes that “we do not want undocumented immigrants to fear interacting with our police department.”