Trump's Tax Cuts For All Americans Portrayed by Media as, Get This, Tax Cuts for the Rich


Liberals are pretty much one-trick ponies. Like The New York Lyin' Times:

President Trump on Wednesday proposed sharp reductions in individual and business income tax rates and a radical reordering of the tax code that would significantly benefit the wealthy, but he offered no explanation of how the plan would be financed as he rushed to show progress before the 100-day mark of his presidency.

Here’s the question: so what?

Why would people keeping more of their own money so they can do things like invest more in their business, use profits to pay their workers work rather than having to give it to the government, and simply have more of the money from the fruit of their hard work? Why is this a concern? Oh, right, Leftists have been taught to hate The Rich, even though most of their leaders are The Rich. How many of them love Rachel Maddow? She makes around $8 million a year for her MSNBC show.

The proposal envisions slashing the tax rate paid by businesses large and small to 15 percent. The number of individual income tax brackets would shrink from seven to three — 10, 25 and 35 percent — easing the tax burden on most Americans, including the president, although aides did not offer the income ranges for each bracket.

Wait, it would “ease the tax burden on most Americans”? I thought this was only about helping out The Rich? No?

Mr. Trump wants to double the standard deduction for individuals, essentially eliminating taxes on around $24,000 of a couple’s earnings. That proposal was met with alarm by home builders and real estate agents, who fear it would disincentivize the purchase of homes. The proposal would scrap most itemized deductions, such as those for state and local tax payments, a valuable break for taxpayers in Democratic states like California and New York.

That’s an interesting paragraph. First, we see it helping out the middle and lower classes. Second, compare it to the draft that Hot Air used of the article: 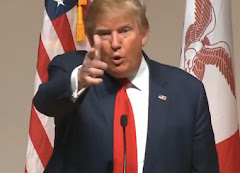 The Trump administration would double the standard deduction, essentially eliminating taxes on the first $24,000 of a couple’s earnings...

...It also called for the elimination of most itemized tax deductions but would leave in place the popular deductions for mortgage interest and charitable contributions...

The estate tax and the alternative minimum tax, which Mr. Trump has railed against for years, would be repealed under his plan.

They apparently had to make the plan more scary by removing the section about keeping the mortgage interest deduction and charitable contributions. In fact, according to Newsdiffs, there have been 10 versions of this same story, including headline changes. The 9:44pm change was virtually a complete rewrite.

Another Times article points out the winners and losers. One of the winners:

People who still fill out their tax returns by hand. Administration officials said the plan would simplify paying taxes, particularly emphasizing plans to eliminate the alternative minimum tax. The A.M.T. can definitely be annoying, and costly, but if you use an online tax preparation service, the software does most of the work.

So, mostly middle and lower income who do not have massive amounts of itemization.

Upper-middle-income people in blue states. The plan would eliminate the federal tax deduction for state and local income tax. If you are in a place where such taxes are high, like New York or California, you would lose a valuable deduction.

That says more about the taxation issues in those states. And:

Deficit hawks. The Trump plan doesn’t come with any estimates of its impact on the federal deficit. But his campaign plan, to which the new document is distinctly similar, was estimated by the analysts at the Tax Policy Center to reduce federal revenue by $6.2 trillion over a decade. That implies either a very large increase in the national debt or huge reductions in federal spending.

Well, what has been seen by previous cuts is that more money flows into the government coffers because economic activity increases. But, this should be still paired with not only a reduction in federal spending, starting with a majority of non-essential things and waste, but a reorganization of how money is allocated and spent to reduce necessary spending waste.

For instance, here’s how this often works. An agency was allocated $1 billion last year. This year, they ask for $1.3 billion. Congress says “well, you were very good in spending all your money last year, so, we’ll give you $1.1 billion.” What’s unsaid, though, is that the agency pissed away $200 million because their true operating costs were only $800 million, so, they overpaid for things, they spent it on unneeded things, they overpaid contractors, overpaid bonuses, and so forth. They paid on cost over-runs for contractors, even though a contractor said they would do X for a specific amount of money. They paid for research on shrimp on treadmills.

Instead, the agency is given $700 million and told to get lean, do more with less, just like happens in the private sector. If they truly need more for an emergency, there would be a method to do so. They would have to truly prove that they need the initial money, though.

Regardless, the last people who should be complaining about deficits and the debt are Democrats.