On CRTV’s “LevinTV” Friday, Conservative Review Editor-in-Chief Mark Levin said that Americans should thank President Trump for his decisive leadership on Syria. According to a CBS News poll, a majority of the American people — 57 percent — approve of Friday’s missile strike on a Syrian air base.

President Trump’s approval rating also “edged up” in the poll, though Americans remain skeptical of beginning another war in the Middle East.

Radical interventionist Republicans such as Sen. Lindsey Graham, R-S.C., have called for American ground troops in Syria to topple the Bashar al-Assad regime. Only 18 percent of respondents supported placing troops in Syria, with just one-third of Republican respondents in agreement with Sen. Graham.

The strike has exposed factions within the GOP, as some Republicans in Congress criticized the president for allegedly overstepping his constitutional authority by bypassing Congress. A vast majority of poll respondents believe that further action in Syria would require approval from Congress.

Seven-in-ten Americans think Mr. Trump needs to get authorization from Congress before any further action against Syria; more than half of Republicans agree.

Americans support last week’s U.S. strike in part because most say the use of chemical weapons is immoral. There’s more division on whether it constitutes a direct threat to the U.S. 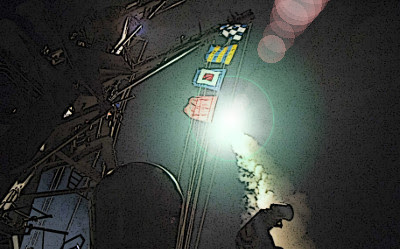 Additionally – and importantly – “Fewer Americans now see the president’s approach to Russia as ‘too friendly’ than did in February. The drop is largely among independents.”

As the CBS poll shows, the answer to those questions is "clearly not." The liberal media may push its narratives, but the American people will not be fooled.