Today, the Democratic National Committee filed a wide-ranging, partisan civil lawsuit in federal court against the Trump Campaign, WikiLeaks, and the Russian Government. In response, Donald J. Trump for President, Inc. notes that this frivolous lawsuit is a last-ditch effort to substantiate the baseless Russian collusion allegations by a nearly-bankrupt Democratic Party still trying to counter the will of the people in the 2016 presidential election. This civil lawsuit is completely without merit and will be dismissed in due time.

“This is a sham lawsuit about a bogus Russian collusion claim filed by a desperate, dysfunctional, and nearly insolvent Democratic Party,” said Brad Parscale, Campaign Manager of Donald J. Trump for President, Inc. “With the Democrats’ conspiracy theories against the President’s campaign evaporating as quickly as the failing DNC’s fundraising, they’ve sunk to a new low to raise money, especially among small donors who have abandoned them. There is a great deal the American public wants to know about the corruption of the Democrats, their collusion to influence the 2016 presidential election, and their role in prompting a scam investigation of the Trump Campaign. While this lawsuit is frivolous and will be dismissed, if the case goes forward, the DNC has created an opportunity for us to take aggressive discovery into their claims of ‘damages’ and uncover their acts of corruption for the American people,” he concluded. 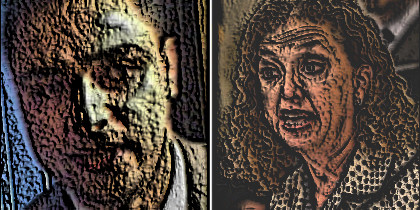 If this lawsuit proceeds, the Trump Campaign will be prepared to leverage the discovery process and explore the DNC’s now-secret records about the actual corruption they perpetrated to influence the outcome of the 2016 presidential election. Everything will be on the table, including:
Read more at DJTC.

You should go look at Q crumbs dropped today:

Hillary likely made them do this, just like she funded the dossier/s, paid the first round of bimbo lawyers and likely the second round too. She's blamed around 45 different reasons on her loss. She's the biggest sore loser of any office in US history.

Obama is undoubtedly part of it too. His behavior since the election has been just as improper, creepy and conniving, following Trump around the world, meeting with the same leaders.

As for the parties, there has never been anything like the obstructionist, colluding, undermining of the Marxist, Islamist Democrat party and their RINO enablers in the many elections since I've been a voter.

And there is nothing we can do about it