A secret memo from Rod Rosenstein to Robert Mueller has been made public and it suggests Rosenstein and Mueller colluded to commit a crime. Mueller does not have the authority to investigate Paul Manafort on non-Russia issues. The probe is unconstitutional.

The memo says the authority outlined is only for “public consumption”. They possibly planned to expand Mueller’s authority beyond the legal jurisdiction.

On August 2, 2017, Deputy Attorney General Rod Rosenstein wrote a secret memo to Special Counsel Robert Mueller indicating the original May 17th appointment order was just for public consumption. Much of the letter is redacted. 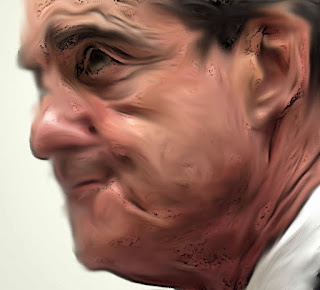 “In his court filing, Mueller admits that Rosenstein’s order appointing him was intentionally vague. This violates the special counsel law that requires a specific statement of facts to be investigated. Rosenstein and Muller colluded to break the law and should resign,” Jarrett wrote.

Deputy AG Rosenstein did not have the authority to expand the probe beyond anything that Jeff Sessions recused himself from and therefore, exceeded his authority. He expanded Mueller’s jurisdiction beyond the Attorney General’s recusal letter.

This secret letter was made public by Rosenstein and Mueller themselves. They presented it after Paul Manafort claimed in a filing that Rosenstein’s special counsel order was not based on a crime. He said the order unconstitutionally stated that Mueller could basically look at anything he wanted to look at.

This is a witch hunt.

Supreme Court reporter, Robert Barnes said that with regard to the Manafort case, “This #Mueller definition of what crimes arise “directly” from the investigation is the Stalin-style, Stasi-esque, Gestapo-born notion of Beria’s “show me the man, and I will find you the crime.”

This #Mueller definition of what crimes arise “directly” from the investigation is the Stalin-style, Stasi-esque, Gestapo-born notion of Beria’s “show me the man, and I will find you the crime.” pic.twitter.com/KgFfJLpeyN

The FISA warrant was rushed

Also out today is news via investigative reporter Sara Carter that congressional investigators have uncovered communications suggesting that the FBI/DoJ and the White House coordinated to rush the FISA warrant on Carter Page.

Information about the possible coordination was out last week, but what is new is they rushed it. The warrant was issued on October 19th.

It could all be a strange coincidence of course.

Rosenstein lied to Congress about this in Dec 2017 while under oath.

Queue this up to 0:36:00, Rep. Lamar Smith (R-TX) questioning Rod Rosenstein. The transcript is all screwed up, probably by design, but if you enter the word “scope” in the Search box you will find 8 instances within the transcript, and see how he danced all around this subject.

Deputy Attorney General Rod Rosenstein testified before the House Judiciary Committee about Special Counsel Robert Mueller’s investigation of Russia’s influence in the 2016 presidential election. He expressed confidence in the job Mr. Mueller was doing. In response to questions about alleged bias on the part of agents involved in this and a previous investigation into former Secretary of State and 2016 Democratic nominee Hillary Clinton’s email server, the deputy attorney general said that appropriate disciplinary action would be taken based on the findings and recommendations of the Justice Department inspector general.

They also brought in other Manafort cases from outside D.C. so they had plenty of busy work.