JAMES COMEY: A Rosetta Stone for Our Morally Bankrupt Age

Washington’s self-righteous establishmentarians talk of professionalism when they act unprofessionally. They refer at length to their intellectual and professional pedigrees when they prove incompetent. And they cite their morality and ethics when they possess neither.

And then, adding insult to injury, when the public expresses abhorrence at their behavior, they accuse critics of unprofessionalism, a lack of patriotism, or reckless demagoguery.

A James Clapper can lie to Congress under oath about intelligence surveillance of U.S. citizens; a John Brennan can lie about CIA monitoring of U.S. Senate computers, or mislead Congress about the absence of any collateral damage in the use of drones. Yet we are supposed to give both further credence based on their emeriti titles or to believe their current Captain Renault-like outrage over President Trump’s lack of presidential decorum? But what in their past has earned them the moral high ground? Claiming that the Muslim Brotherhood in Egypt was largely “secular,” or redefining jihad as “a holy struggle, a legitimate tenet of Islam”?

Are we supposed to believe that Robert Mueller did not overreach by spinning off an investigation of Trump consigliere and lawyer Michael Cohen?

Why? Because we are also told that a regional federal prosecutor would have to have had good cause to order raids on Cohen? Because a federal judge would have had to have seen such credible evidence before anyone dared enter Cohen’s office and residence? Because another federal justice believes it is in the national interest that we know Michael Cohen knows Sean Hannity?

Once Bitten, Twice Shy
Trust in the Obama-era directorships of the Justice Department, FBI, and, indeed, the federal courts themselves are now horses that have long ago left the proverbial judicial barn. 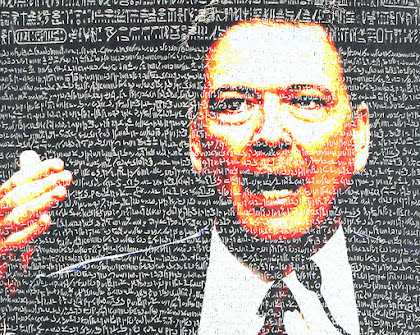 Should the public also believe that no sober and judicious FISA court judge would ever have approved surveillance of American citizens without asking where the evidence came from, who compiled it, who, if any, paid for it, or had a vested interest in seeing it used for a warrant? Should the public believe that its FBI director, and various deputy attorney generals, would never have dared keep from a FISA court information about their own submitted evidence?

The public is sorry, but once bitten, twice shy. The Humpty Dumpty federal FISA court process and the FBI credibility shattered in 2016 will not so easily be reconfigured.

We are told that Special Counsel Robert Mueller is variously a war hero, a patriot, a professional, and one whose reputation is beyond reproach. Again, perhaps. But because establishmentarians assert all that does not necessarily mean that Mueller acted ethically in prior cases, such as the Whitey Bulger investigation or the Anthrax misadventure or in the abandoned Clinton Uranium One matter.

Mueller had unlimited choices in staffing his legal team to avoid not just a conflict of interest, but even the appearance of a conflict of interest in a politically divided nation. Did Mueller think that his reputation was so unimpeachable or his emeritus FBI status was so exalted that he need not have worried about diversity—lawyers who in their past were not attorneys for those involved in the Clinton-related scandals, or who had not donated to the Clinton campaign, or who were not intimates from his own law firm?

Are we not supposed to question why Mueller’s focuses have descended from his mandate of collusion to leaked news of upending but never actualized obstruction of justice charges, to supposed lying and now to Stormy Daniels and Michael Cohen? Are we not to wonder why in the last year have incriminating leaks appeared almost weekly—the most recent that Cohen is a liar and can be proven not to have visited Prague—as the media has serially warned about what bombshell Mueller would drop next, usually followed by nothing much at all, but another such leak.

The Vastly Overrated James Comey
What exactly is James Comey owed by virtue of his supposed past distinguished office and service? I think most now agree—nothing at all.

Comey by his own admission has leaked at least some classified FBI notes and memos to the press to warp the administration of justice by forcing the appointment of a special prosecutor. If some regional FBI administrator had engaged in such a hare-brained scheme, Comey would have fired him and held a press conference to brag about his own integrity in dismissing a wayward underling.

If the FBI director, the national steward of investigatory ethics, leaks classified government documents with impunity, then who in the United States could be ever prosecuted again for such a crime?

Comey has misled a federal FISA court. Several of his testimonies to Congress about the timelines of his Clinton report, or his care not to leak FBI investigations are probably false. More falsehoods will appear when his memoir is collated with his voluminous testimonies. Either Comey, McCabe, or Loretta Lynch is lying, or in fact, all three are doing so. Comey previously testified that the Steele dossier had no credibility; on his book tour, he now winks and nods that it does.

Comey has admitted that he predicted the course of his investigation of the Clinton emails on his own perception of whether she would win or lose the election. Again, Comey would have staged a press conference to announce that he had fired any subordinate who did that, and asked a federal attorney to indict him—provided of course there was the properly correct media and political atmospherics.

Comey oversaw an FBI, in which a number of subordinates have either resigned, been reassigned or fired, for unconscionable behavior during a national election. We know the Russians’ motives to distort our election, but we do not expect Comey, or Andrew McCabe, or Lisa Page or Peter Strzok to have had either financial conflicts of interests, to have lied to Congress, to have lied to investigators, and to have plotted to shape the course of a presidential campaign.

We know the Russians dumped dirt to Christopher Steele, and we know too that Comey himself knew that fact, and he knew it well enough not to tell a federal judge. The public would have good cause to see Comey currently indicted and facing federal felonies rather than exempt from charges and cashing in on his miscreant behavior. Comey does not grasp that by incinerating the reputation of the FBI hierarchy, it is no longer of any advantage to seek refuge in referencing his former directorship.

What Happened to Equality Under the Law?
For the next decade, the FBI, the Justice Department, and the federal judiciary will have to explain exactly why some Americans can lie to federal investigators, lie to the Congress, destroy subpoenaed evidence, leak classified documents, and face no consequences—while other Americans would have had—and have had—their lives and careers ruined for much less.

Had General David Petraeus told the FBI that his notebooks were accidentally lost, but no matter, because they simply documented his private family plans for a wedding and his own yoga regimen, would he have been indicted? The danger of the present age is not James Comey’s self-righteousness or Robert Mueller’s peculiar latest focus, but a massive distortion of the foundational principle of the United States: equality under the law. In some sense, it no longer exists.

In addition, what the FBI hierarchy did not do seems almost as worrisome as what it did. All of what James Comey is and did follows a disturbing FBI administrative culture of intelligence and preemptive investigatory failures—the Boston Marathon bombing, Fort Hood shooting, and the Orlando and San Bernardino massacres in which knowledge of suspects and their suspect activity should have led the FBI to preemptive action. While an Andrew McCabe was finessing his own conflicts of interest, while the lovesick Page and Strzok were conniving to warp an election, and while Comey was orchestrating his special counsel appointment gambit, how much other important FBI business was simply ignored?

This growing loss of confidence in a compromised justice and investigatory elite is a symptom of a larger failure of our so-called best and brightest, whether in the media, government or the university. We need to return to an older American idea that where we went to school, who wrote us recommendations, what titles we self-reference, and which grandees we know, mean little in comparison to what we actually do each day.

Self-righteousness and self-referencing become fatal when combined with incompetence and malfeasance. James Comey is our touchstone to a morally confused age.

America has supplanted the dynastic aristocracy of old Europe with one based on celebrity and bureaucratic title. But just as ancient Europe, our "nobles" are above the laws to which the commoners are held to account.