MUELLERʹS COUP: One Set of Laws for Clinton, A Completely Different Set For Trump

If there was any doubt that Robert Mueller's Ahab-like goal is the unseating of President Trump at all costs and by any means, it was erased by the thuggish FBI raid he orchestrated on the home and office of Trump personal attorney Michael Cohen.

It certainly does not compare with money funneled by Team Hillary and the DNC though a law firm to Fusion GPS and British foreign agent Christopher Steele to put together a fake dossier on Trump using Russian sources.  But where were the raids on the offices of the DNC, the Hillary Clinton campaign, and Fusion GPS?

This is the FBI of Andrew McCabe, Lisa Page, and Peter Strzok, whose mission was to keep Hillary Clinton out of prison and Donald Trump out of the White House.  They never raided the home and office of Cheryl Mills, did they?  They never raided Hillary's house or seized the acid-washed server, did they?  But Michael Cohen is a threat to our democracy warranting brute force?  Why wasn't Michel Cohen offered the immunity deal given to Cheryl Mills and other Clinton cronies?

The FBI gave partial immunity to Hillary Clinton's former State Department chief of staff Cheryl Mills and two other staffers during the investigation of Clinton's private e-mail server, according to a member of Congress.

House Oversight Committee Chairman Jason Chaffetz, who has been looking into the Clinton's e-mail practices, said federal investigators were given access to Mills' computer but only on the condition that the findings could not used against her.

"No wonder they couldn't prosecute a case.  They were handing out immunity deals like candy," Chaffetz said.

He said the others granted immunity were John Bentel, then-director of the State Department's Office of Information Resources Management, and Clinton aide Heather Samuelson.

Let us get this straight.  Clinton's attorney (Cheryl Mills) gets immunity and is allowed to decide which of Hillary's emails to delete and which to hand over, but Michael Cohen has his office raided because he might be hiding something?  If they were worried Cohen might be destroying evidence, then what about the 33,000 emails destroyed by Team Hillary?  Michael Flynn was convicted of false statements to investigators, but Andy McCabe, who, according to Rep. Jim Jordan, lied four times to investigators, walks?

Hillary's attorney Cheryl Mills was given an immunity deal despite smashing up myriads of laptops and cell phones.  Trump's lawyer Michael Cohen does nothing and has his home and office raided as though he were Al Capone.  The FBI never raided Cheryl Mills's house, office, and hotel room when Hillary Clinton compromised our national security, but it raid Michael Cohen's because there might be an illegal campaign contribution?  Never mind the $145 million that poured into the Clinton Foundation as Hillary shepherded 20 percent of our uranium supply into Russian hands.

According to the Daily Caller, Robert Mueller is interested in a $150,000 donation made to a Trump charity in 2015 by a Ukrainian businessman: 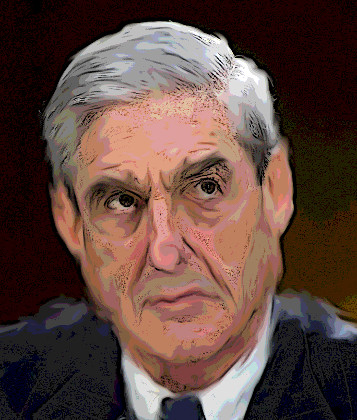 The donation, from steel magnate Victor Pinchuk, pales in comparison to contributions he gave to the charity Bill and Hillary Clinton set up.  The billionaire has contributed $13 million to the Clinton Foundation since 2006 and had access to Hillary Clinton while she served as secretary of state.

But Special Counsel Robert Mueller is not investigating The Clintons.  Instead, he is conducting a broad investigation of Donald Trump, including the flow of foreign money into various Trump-controlled entities.

Mueller began investigating the Pinchuk donation after receiving documents in response to a subpoena issued to the Trump Organization – the real estate company Trump ran before entering politics.

In September 2015, Trump appeared via video link at a conference Pinchuk hosted in Kiev.  Trump's personal attorney, Michael Cohen, negotiated details of the event with Douglas Schoen, a former consultant for Bill Clinton, according to The New York Times.  Trump did not initially request payment for the appearance, but Cohen contacted Schoen at one point to request a $150,000 honorarium, The Times reported.

Yet there are no raids of the offices of the Clinton Foundation.  Mueller is not interested in justice or in fighting Russian meddling in our elections.  He is on a mission to get Donald Trump, the truth and the evidence be damned.

We may be thankful to Alan Dershowitz, Felix Frankfurter professor of law emeritus at Harvard Law School, for reminding us of the delicious irony of an investigation that began with "reports" of collusion with the Russians by Team Trump and charges of Russian hacking of our elections, now reverting to the tactics of Russia's most murderous tyrant, Josef Stalin.  As Dershowitz writes in the Washington Examiner:

Special counsel Robert Mueller was commissioned to investigate not only crime but the entire Russian "matter."  That is an ominous development that endangers the civil liberties of all Americans.

Federal prosecutors generally begin by identifying specific crimes that may have been committed – in this case, violation of federal statutes.  But no one has yet identified the specific statute or statutes that constrain Mueller's investigation of the Russian matter.  It is not a violation of any federal law for a campaign to have collaborated with a foreign government to help elect their candidate[.] ...

One does not have to go back to the Soviet Union and Lavrentiy Beria's infamous boast to Stalin, "Show me the man and I will show you the crime," in order to be concerned about the expansion of elastic criminal statutes.  There are enough examples of abuse in our own history.

Yes, Virginia, this is a witch hunt.  Robert Mueller III was appointed special counsel after his friend, the vindictive James Comey, committed a federal crime by leaking a memo, which was a government record, to the press.  Mueller has picked staff and prosecutors as if he were stocking Hillary Clinton's Department of Justice.  He has picked a bevy of Clinton donors, an attorney who worked for the Clinton Foundation, a former Watergate assistant prosecutor, and even a senior adviser to Eric Holder.  Objective professionals all.

Mueller is in fact colluding with Comey and the rest of the Deep State to enact revenge on President Trump for his victory and Comey's firing, something even Comey said Trump was constitutionally entitled to do.  There is no evidence of collusion with Russia or obstruction of justice.  It is not obstruction of justice for a president to exercise his legal and constitutional authority.

The facts and the lack of an actual crime will not stop Robert Mueller.  Just show him the man, or woman, and he will show you the crime, whether it be Michael Flynn, Paul Manafort, or now Michael Cohen.  As with the pre-investigation exoneration of Hillary Clinton by Comey, the facts don't matter.  Neither does, apparently, attorney-client privilege.  Sentence first, trial later.  These individuals are merely collateral damage in Mueller's vendetta against Trump.

Daniel John Sobieski is a freelance writer whose pieces have appeared in Investor’s Business Daily, Human Events, Reason Magazine, and the Chicago Sun-Times among other publications.

Justice requires that this renegade piece of garbage rot in prison for the crime he just committed. His enemy isn't Trump. His enemy is the Americans who prevailed against an incompetent, openly corrupt, Stalinist invalid who has seizures in the street. This maggot wants to punish America for supporting America. He needs to die in prison.

But if Jowls Mueller were to go after Hillary and her minions,he'd have to raid his own house,considering the collusion between Hillary and the Russians working on the Uranium One sell-out that he personally involved himself in.

Cut off the funding of this Inquisition!
It's our money. We should call for an immediate stop to this abuse.

At this point, there is more far evidence that THE FBI, CIA, Obama, and the Clintons colluded with FBI, CIA, Facebook, Twitter, Google and the print and broadcast Media to interfere with the 2016 Presidential Election, than there is that Russia did so.

This collaborative effort has not stopped with the election, but continued in an effort to overthrow the Trump administration. It's also looking like Mueller is involved in this.

This goes beyond campaign tactics, partisan news stories and biased censorship - it is sedition.

Question is - Will anyone in authority do anything about this, both prosecution and preventing it ever happening again?

MUELLERʹS COUP would destroy the USA, and liberals have no problem with that.