We have multiple stories out claiming that the Michael Cohen raid was about Stormy Daniels.

Here's what WaPo is currently claiming. "Trump attorney Cohen is being investigated for possible bank fraud, campaign finance violations, according to a person familiar with the case."

Like a lot of anonymously sourced material in Team Coup media, this could turn out to be garbage. But it seems fairly credible and in keeping with Mueller's tactics. Find a string, pull on it, if you can't pull on it personally, pass it along to someone who can. This is the sort of thing that Federal prosecutors do. And it's why they have such high conviction rates even when they don't have actual evidence.

Among other things, this is likely to trigger a significant reevaluation of some of those powers and tactics.

The problem with pulling on the Stormy Daniels string is that the entire basis for this witchhunt was the Steele Dossier. And that was covertly paid for by a Clinton law firm. And was lied about on FEC disclosures. 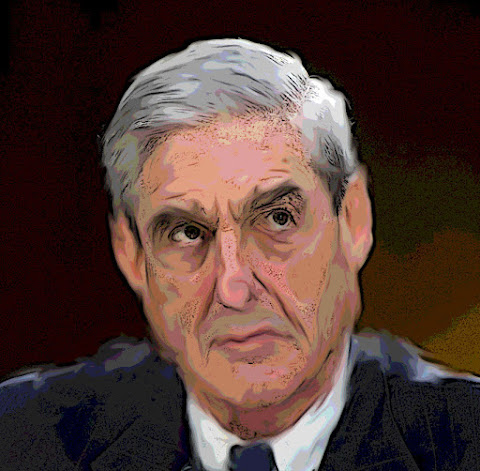 It goes without saying that no actual action will be taken.

Dem violations invariably fall under the, "Everybody does it" defense. That's how Clintonworld handled the Steele Dossier fallout. GOP violations are always a scandal. And anything Trump does is grounds for trial and impeachment. It's not just how the media plays the game. It's how Team Coup within the DOJ and Mueller are playing it. Now it's time to shut down the game.

If a special prosecutor had dedicated a fraction of the time investigating Clintonworld that Mueller did to nailing assorted Trump associates on process crimes, there would be an actual case.

The Clintons lied to the FEC. The material produced by that lie was used to justify eavesdropping on political opponents. And then an open witch hunt in which the president's lawyer has been targeted.

We are headed for a major showdown. And its outcome will determine who runs this country, the people or Washington D.C.

I would suggest that you read the Federalist Papers Essay 46. It says everything that needs to be said.

Mueller and his team needs to be examined very carefully for violations of the law.

Here's a question for the board: In the upcoming midterm elections, if you had a way to get rid of three or four rinos in the house of representatives who would it be? Put them in order starting with the worst RINO. The easy first choice is Paul Ryan. Any elaboration is helpful.

Since Mueller and Rosenstein are ankle to knee deep in the Uranium deal and other Clinton/Obama misdeeds, they have a stake in getting an Impeachment against the President.

Besides the Uranium deal, the Clinton Foundation corruption and many other crimes, there is the illegal spying by Team Obama:

Obama spied on everyone, congress, press, opponents and the Trump campaign.

There was a dramatic rise in warrantless surveillance during Obama's tenure in office.
https://www.aclu.org/sites/default/files/styles/blog_main_wide_580x384/public/field_image/email_and_internet_authorizations_padded_500x280_0.jpg

85% of Obama's searches were illegal.
https://freedomoutpost.com/fisa-document-85-nsa-searches-obama-illegal/

Obama even changed laws to make spying on citizens even easier.
https://www.theguardian.com/world/2017/jan/12/obama-us-intelligence-greater-access-warrantless-data-foreign-targets