"THE RESISTANCE": When, Exactly, Did Democrats Begin Refusing to Accept Election Results?

We had a presidential election that Trump won. It was a duly constituted and fair election. There has been no evidence — there’s not a shred of evidence anywhere — that there was any kind of fraud or chicanery resulting in Trump’s win or that explains Trump’s win. Now, in the old days, when a party won the presidency, the out-of-power party accepted it, went along with it, and tried to make adjustments to win the next time.

And they did their best to politically obstruct the winner and his party from advancing an agenda. But despite that, there was a comity or there was a unity about us all being Americans. There was an acknowledgment that there are winners and losers and that it can change with every election. And trying to win every election became the objective. Of course, you can’t win them all. But some years ago, when the left began losing elections, they refused to accept it. Now, this is not a minor point.

The most recent example is Florida 2000 — the presidential election in 2000 and the Florida recount — where George Bush was named president after having duly won the election. All the Supreme Court did was shut down an ongoing, irrelevant count. The election had been certified. Everything in the Florida recount was an attempt to overthrow and reverse a duly constituted election — and then what happened after that? For the next eight years, the Democrat Party spent every waking hour trying to ruin George W. Bush, trying to paralyze his presidency, trying to drive his polling numbers down to the thirties.

They knew they would never be able to impeach Bush, but they wanted to render his presidency absolutely paralyzed. They made no bones about who they were going to destroy or try to destroy when they were doing it. All this time, there’s not a single defense of Bush from his own team, from his own administration. The left got away with every lie, every stinking mischaracterization and lie about Bush, to the point that by the end of Bush’s term, the U.S. military was nothing more than a bunch of terrorists who were terrorizing Iraqi women and children at night in their homes.

This refusal — and when I say refusal to accept defeat, we have in this country an honor system. Take it to the world of sports. Football game, baseball game, take your pick. Let’s take everything happening in politics and move it to, say, it’s baseball season now so let’s just do baseball. After a nine-inning game, the people, the team that lost refuses to accept that the game is over, refuses to accept that the other team won and embarks on a mission to destroy the entire game of baseball.

Not just the game that they lost, but the entire institution of the game by calling into question everybody’s integrity on the winning side. And by doing everything they can to erase the victors and to drum up public support for the idea that the game of baseball is dishonest, it’s unfair, because the wrong team lost. How long would it be put up with? It wouldn’t even get off the ground. Something like that would not even get off the ground. 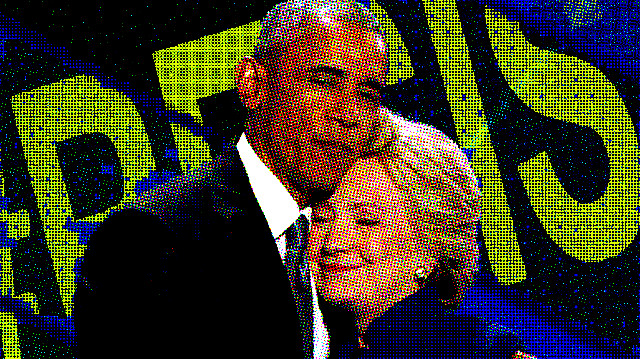 Yet in American politics, it’s not only off the ground, it is gaining ground left and right. Donald Trump wins an election. From the very night of his election victory, the people who lost this election have refused to obey common decency, they have refused to obey the law. The law itself is now unequal. On the Trump side, people are being accused of doing things they didn’t do and are being rendered broke, penniless, defending themselves, while people on the Hillary side actually did break the law, actually did collude, actually did all of these things which are illegal, and they’re not being held accountable for a single bit of it.

Sorry, folks. We cannot have a country where some people are held accountable and other people aren’t. And particularly when people who are thought in their own minds to be at the pinnacle of power, when they’re above the law, when they’re unaccountable and the Drive-By Media fully supports that premise, sorry, folks, where are we headed? It’s not enough to note that it is happening. It is happening. What does it all mean?

They thought they would get rid of Trump in six months. They haven’t. They wanted to drive Trump’s approval number down to 20. That would be the best way to get rid of him. There isn’t any evidence that there was election fraud. There isn’t any evidence that Trump cheated. All there is is Trump and the fact that they hate him, and they’re angry that they lost. And now these baseless allegations that he’s unsophisticated, unfit, and by virtue, so are all of you who voted for him. It has been a ceaseless, a never-ending personal political assassination that is underway to this very day.

And when one element of it fails — I think we have to assume now that the Mueller element has failed — after a year and a half, there is no evidence of Russian collusion, there is no evidence that Trump did anything illegal or cheated in any way to win the election. Despite there being no evidence, what’s the left doing? Mounting new charges out of thin air, indicting new people, bringing new people that had nothing to do with anything in and putting them under the microscope to destroy them.

They call this the resistance, but this isn’t resistance. We’re so far beyond resistance now. These people are doing much more than resisting. They are literally turning the law upside down. They are ignoring the law when it applies to them. They are accusing people who have not broken the law of having broken the law and forcing those people to either cop pleas or defend themselves, and in the process, go broke and lose their homes, destroy their families. All of this on no evidence that anything of the original charge that the election was tampered with and is therefore illegitimate, there’s no evidence for it.

It continues unabated. And as these people fail in every element that they try to get rid of Trump, what then happens? Trump becomes even worse. Trump is Hitler. Trump is no different than Mao Tse-tung. Trump is hideous. They keep throwing out these inane, insane, crazy allegations in their unstopping attempt, their never-ending attempt to create anti-Trump public opinion which will then facilitate them getting what they want, and that is him thrown out of office.

Part of it it’s personal with Trump, but another element of it has nothing to do with Trump. It’s just the fact that they lost. And that’s totally unacceptable. And what does that mean? Where does that take us? When the losers in a constitutional republic and in a, quote, unquote, democracy when the losers refuse to acknowledge it and then start tearing down as much of the system as they can in anger and frustration for the express purpose of reinstalling themselves in power, what is this doing to the country?

No good, is what it’s doing. It becomes crazier, it gets more insane each and every day. Where this is headed, folks, resistance isn’t gonna be enough. Because resistance is not gonna get them what they want. And they’re not gonna stop. They don’t accept defeat. And when I say don’t accept defeat, I don’t mean in an intellectual sense, refusing to say, “Oops, we lost.” It’s worse than that. It is that defeat is not possible. Defeat is intolerable. And not from the Winston Churchill, “Never give up, keep trying harder,” kind of thing. It’s from an entitlement standpoint, from an angry entitlement standpoint.

The ugly truth about the 2000 election is that IF Gore had carried his home state, Tennessee, he would have won the presidency, IN SPITE of losing Florida.

I'll call it a lucky break and leave it at that...

There was bound to come a time when the national vote was so close that it had to be adjudicated, and one party was going to walk away very unhappy. Unfortunately, that party was of the hard-left, and America has had to pay for it ever since.