Flash back to September 2016, and let’s revisit a rumor that circulated widely in certain circles. It has been recounted so many times that it serves almost as a bedtime story for the Right. The scene: it’s the first joint appearance between Donald Trump and Hillary Clinton—the Commander-in-Chief Forum sponsored by NBC—and it has just finished. Backstage, the now-disgraced moderator Matt Lauer is waiting to shake hands with the former first lady— but, instead, he is confronted by a furious Clinton and her entourage.

What faux pas had he committed? Apparently, Lauer had asked Clinton a question about her illegal email server that she was not prepared to answer, a question that she had not pre-approved.

According to the NBC insider who witnessed the scene, Clinton “proceeded to pick up a full glass of water and threw it at the face of her assistant and the screaming started.” She then lost her temper and began shouting at her staff. “You f —ing idiots, you were supposed to have this thing set up for me and you’ve screwed it up! If that f—ing bastard wins we all hang from nooses! Lauer’s finished…and if I lose it’s all on you ass—-s for screwing this up.”

This is a fantastic scene, one which would be hard to believe, if Clinton had not spent most of 2017 whining about her loss in assorted public forums, and blaming everyone but herself. The American public now understands that profanity-laced displays of manic rage are perfectly in keeping with the character of the former first lady so aptly nicknamed “Lady Macbeth” by a portion of the press. What makes this tirade so interesting, of course, is the dire prophecy that a Trump presidency would see Hillary and her gang not just humiliated or defeated but hanging by nooses—that is, presumably executed for treason.

Fast forward to 2018, and the scene now makes perfect sense. A growing segment of the American public now knows that the country’s intelligence community was spying on the Trump campaign, and then attempting to sabotage the Trump Administration with false allegations of “Russian collusion.” That’s #Spygate in a sentence. 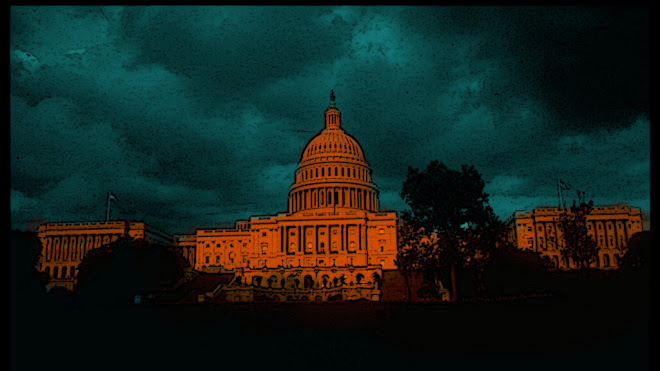 A long and tawdry web composed of lies, obstruction, and leaking has slowly been unraveled until the falsehoods of the FBI, the CIA, the Justice Department, and other assorted deep state actors were revealed. FBI Deputy Director Andrew McCabe has been fired, and is counting his GoFundMe cash in preparation for large legal bills. Former FBI Director James Comey publicly set fire to his reputation during his recent book tour. James Clapper was hired recently on CNN to analyze all the nefarious stuff he did as the former director of the national intelligence. Last, but certainly not least, former CIA head John Brennan has had to settle for pompous raging on Twitter—which is just about the most amateur thing that an ex-spymaster can possibly do. The erstwhile leaders of our “intelligence community” have proven to be not very intelligent at all.

Meantime, almost the entire American press, which is paid to be #WithHer at all times, have been sidelined by the largest political scandal since Watergate. Most of them spend their days murmuring meaningless sentences that start with “Stormy Daniels” and “Russia collusion.” They are not merely uninterested in the truth about Spygate—they are actively attempting to conceal it. What happens when the deep state people who leak to you are themselves in a deep state of trouble? It doesn’t seem to have occurred to anyone at the New York Times or the Washington Post to wonder. Or CNN, NBC, MSNBC, CBS, or ABC if we’re being thorough. They all threw in their lot with the Brennan-Clapper-Comey conspiracy, without reservation or hesitation.

What happens when viewers understand that their favorite news outlet has indulged in the ultimate fake news narrative of the 21st century? Already, CNN’s ratings have entered something like a death spiral. Still, the problem is much greater than one network’s self-destruction. The entire profession of journalism is facing a massive existential crisis. When you knowingly lie to the public in order to help disgraced public officials cover up their role in conspiring against a sitting president, you’re not really a journalist anymore, are you? The mainstream media has been, as spies used to say, compromised.

Instead, it has fallen to a hardy fellowship of independent reporters to break the Obama-backed and Hillary-initiated Spygate story: John Solomon and Sara Carter, Kimberly Strassel at the Wall Street Journal, Mollie Hemingway and Sean Davis at The Federalist, Sean Hannity and his colleagues at Fox, and Andrew C. McCarthy at the National Review, among others. Invaluable documents have been unearthed by Tom Fitton and his staff at Judicial Watch. Not to mention the anonymous citizen-journalists and the small websites that started this story when no mainstream reporter would touch it. None of these people will be receiving any Pulitzers for their part, but that’s an award for phonies now, anyway. These reporters have done better than that: they have covered their names with glory.

This awful episode in our history has also thrust into the spotlight some unlikely heroes in Congress. Chief among them is Devin Nunes, an almost unknown congressman from the rural 22nd district of California when John Boehner picked him to be the youngest chairman in Congress, and the head of the House Intelligence Committee no less. Nunes has turned out to be the Cincinnatus of our days. He has almost single-handedly dragged this conspiracy out into the open (though Chuck Grassley and Trey Gowdy deserve to be mentioned, too). Now the final act has begun. What happens next will determine the fate of the republic.

Make no mistake: the American intelligence services have been caught red-handed attempting to subvert the 2016 election. If the ringleaders are not brought to justice soon, there will be little reason for ambitious and unprincipled men to fear attempting such a coup again. Just witness their collective behavior as we speak. Having been caught, these deep state bigwigs are unwilling to comply with congressional oversight, and openly are defying both the president and the House. You can almost hear the whispering in the halls of Congress: what should we do?

To the central question on the minds of every thoughtful citizen: do we have a constitutional democracy or don’t we? Are the people still the sovereign power or not? (Someone should go and ask Rod Rosenstein, as he appears to think that he is in charge of the country.) I have two predictions. The first is that Trump, Nunes, and Grassley will ultimately sort this out. The second is my hope for the future: that there will be a statue of Devin Nunes, someday, in his town of Tulare where patriots will come to visit and people will light candles to his memory. If we still have a republic, it will be in no small part thanks to him.

Great article, right up to the point where I read "constitutional democracy". What an idiot.

"To be sure, in addition to being a representative democracy, the United States is also a constitutional democracy, in which courts restrain in some measure the democratic will. And the United States is therefore also a constitutional republic." May 13, 2015, Eugene Volokh, an American law professor, and the Gary T. Schwartz Professor of Law at the UCLA School of Law. He publishes the blog "The Volokh Conspiracy". He is an academic affiliate of the law firm Mayer Brown.

The point I think Mr. Lunarman was making is that our country was founded and all of the guiding documents specifically frame a CONSTITUTIONAL REPUBLIC!

Our Founding fathers were well aware the evil that is inherent in any democracy and wrote our Constitution and formed a Republic with the idea that it was not, nor ever should be allowed to become a democracy.

However the point can be made that through a combination of socialist indoctrination of the last three generations of Americans and the opening of the treasury to fund the welfare state of the "Great Society" that we have dropped into a quasi Constitutional Monarchy that is teetering on becoming a despotic democracy. If anyone doubts that we are within the Monarchy, then why is it assumed that ordinary law abiding and honest American citizens simply are not qualified to be in the halls of power within the approved club of political royalty?

Whatever you may think of President Trump, if those responsible for the attempt to "fix' and then attempted to DESTROY the rightfully elected President are not exposed and be made to pay the ultimate price for their treason, then our republic is as dead as the rule of law.

As soon as a person who is a member of the Political Royalty has been shown to have knowingly committed several felonies and not only NOT face ANY legal problems, but that person is officially cleared of any wrongdoing even before that person was interviewed, then ALL of the American citizens should be aware that we no longer have a Constitutional Republic. But we live within a cage where we know two things:

1. The Law applies to us and no one is above the law.
2. Those in the Political elite are in their own reality that simply does not exist in our world. Not only are they above the Law, the law is simply a tool that they use to extract what they want from the lower lifeforms in class 1. Or they use the law to punish anyone who steps out of line, especially anyone who attempts to disrupt the social order.

For those who don't know what democracy is, or why it is so evil, here is my very basic example:

Democracy is three wolves and a sheep deciding whats for dinner.
(When the voting is done the sheep understands what democracy truly is.

The use of the phrase "constitutional democracy" reveals a particular political point of view, and not one that matches the republic which we in fact are. Lawyers are like everyone else and not necessarily all that smart. They do a marvelous job of cut and paste, using that quote is a logical fallacy, specifically an appeal to authority. I choose to think for myself, everything I read refutes that phrase.

I don't think Trey Gowdy has done much just lately to earn a statue of his likeness... unless it's shaped like a tiolet:

Hillary and her entourage will never be indicted or stand trial. But if I'm wrong, the day she appears in court gone will be the back brace. A slumping Hillary will be pushed in a wheelchair equipped with an oxygen tank and her lawyer will claim she's too old and sickly to endure a lengthy trial.

>>A slumping Hillary will be pushed in a wheelchair equipped with an oxygen tank and her lawyer will claim she's too old and sickly to endure a lengthy trial.>>