Based on tweets by Kimberley Strassel 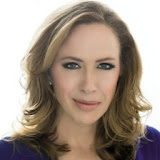 So a few important points on that new NYT "Crossfire Hurricane" piece. A story that, by the way, all of us following this knew had to be coming.

This is DOJ/FBI leakers' attempt to get in front of the facts House Intel Committee Chairman Nunes is forcing out, to make it sound... not so bad.

Spied. Though the New York Times kindly calls the spy an "informant."

NYT slips in confirmation far down in story, and makes it out like it isn't a big deal. Oh. It is a very big deal.

In their self-serving desire to get a sympathetic story about its actions, DOJ/FBI leakers are willing to provide yet more details about that "top secret" source (namely, that spying was aimed at Page and Papadopoulos) -- making all more likely (certain) their double-secret source will be outed. That's on them. 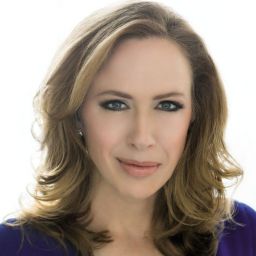 DOJ/FBI (and its leakers) have shredded what little credibility they have in claiming they cannot comply with a Congressional subpoena.

They are willing to provide details to friendly media, but not Congress?

They are willing to risk the very source they claim to need to protect?

Back in December, the NYT assured us it was the Papadopoulos-Downer convo that inspired FBI to launch official counterintelligence operation on July 31, 2016. Which was convenient, since it diminished the role of the dossier. However . . .

Now the NYT tells us that the FBI didn't debrief Downer until August 2nd.

And Nunes says no "official intelligence" from allies was ever delivered to the FBI about that conversation prior to July 31.

So how did the FBI get Downer's details? (Political actors?) And what really did inspire the counter-intelligence investigation?

As for whether to believe the line that FBI operated soberly/carefully/judiciously in 2016, a main source for this judgment is, um . . .uh . . . Sally Yates. Who was in the middle of it all.

A bit like asking Putin to reassure that Russia didn't meddle in our election.

On that, if you are wondering who narrated this story, note the paragraphs that assure everybody that hardly anybody in the DOJ knew about the probe.

Oh, and James Comey also was given very few details. Nobody knew nothin'!

Because when you require a whole story saying that you behaved, it means you know you didn't.

It is very bad...and the New York Times only dealt with some of the FBI and DOJ folks involved. I expect we will learn the Brennon (CIA), Clapper (NSA), and State Department were also heavily involved in this treasonous project...as well as Obama, Ben Rhodes, Susan Rice, etc ... All because the Dems wanted to complete the “fundamental transformation” of the USA (evidently BAMN) and the American people rejected their candidate.

Thanks for all of your hard work on this Kimberly!

OUR TRIUNE GOD IS CAUSING EVEN HIS AND OUR ARCH TOTALLY DEMONIC ADVERSARIES TO INADVERTENTLY "'SPILL THE BEANS" ON THE RAMPANT CORRUPTION WITCH THEY SUPPORT PROVING YET AGAIN THAT THE TRUTH WILL BE FINALLY REVEALED JUST AS OUR GOD PROMISED!!! James A.Wyatt, Jr., Miss. Sate Unic. Class of 1961.