MARK LEVIN TO THE PRESIDENT: Force Mueller to the Supreme Court and Shut These Rogue Prosecutors Down

If I were the President's lawyer, I would say to Mr. Mueller the following.

And while I'm at it, we seem to have another problem.

We have a few Republicans in the Senate who are very confused about these things, who voted to protect Mr. Mueller rather than protect the office of the presidency, the Constitution, and the American people. And they seem to think that they have the power even though we have separation of powers to tell the president who he can hire and who he can fire.

Part of the problem the President has is that he is dealing with ignoramuses, both inside his party and outside of his party and some who are dressed up as lawyers.

Simply put, I would take this all the way to the United States Supreme Court. 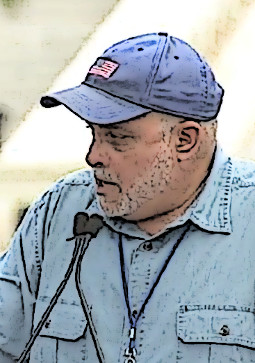 I would make Mueller and his band of Democrat prosecutors make their case all the way to the United States Supreme Court if they try to subpoena him in anyway to appear before a federal grand jury. I would force them to make them make their case against their own Department of Justice, against Supreme Court precedent and against the Constitution of the United States.

>When you look at those 49 areas was questions there is not a single criminal statute.

They want to treat him like they treated Martha Stewart. Well, guess what, he's the President, Mr. Mueller.

This is the President of the United States.

You know what that means, Mr.Mueller? We the people have a stake in this. We the people get to decide. The Framers decided the only way you remove a president is through the body politic. Through the House and the Senate and it's a heavy burden, not by some rogue prosecutor with a bunch of Democrat prosecutors.

They don't get to do it and the people need to rise up and demand -- demand that this go all the way to the Supreme Court to put these rogue prosecutors in their place.

Don't worry. It ends when Mueller goes to jail.

Excellent advise, hope it makes it to the President.

Mark,I would advise the president to hire you.You are a no B.S. man,same as him.You wold do the president well.Please make yourself available to him,and start to kick ass.

Mueller is just about ready to reveal his 'Smoking Gun' prosecution... "Irrefutable evidence that Trump removed his mattress tags in June 2008" !!!

Mueller has gone too far totally lost his reputation in the process he wants to gain it back at the expense of the office of the president with no collusion. It’s time to indict Mueller himself to end his rogue investigation against the American people hence the office of the President for no reason. We pray Mueller leaves by the order of the DOJ. GHU JW

The only way this ends (especially with the DOJ "Sessions" fighting the executive branch all the way) is to fire Sessions, his sidekick and start building gallows on the Whitehouse lawn ! This is the biggest miscarriage of Justice of my life. (And I was around during the Nixon debacle)