Pictures From A Different Era

Pictures from a different era. What changed? 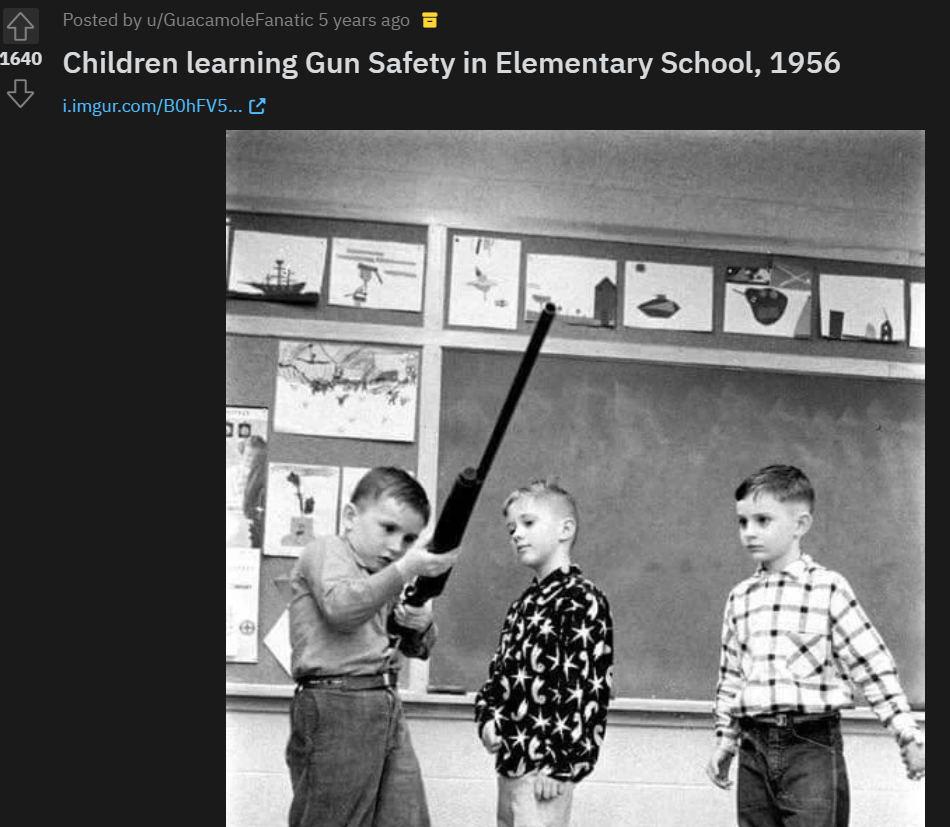 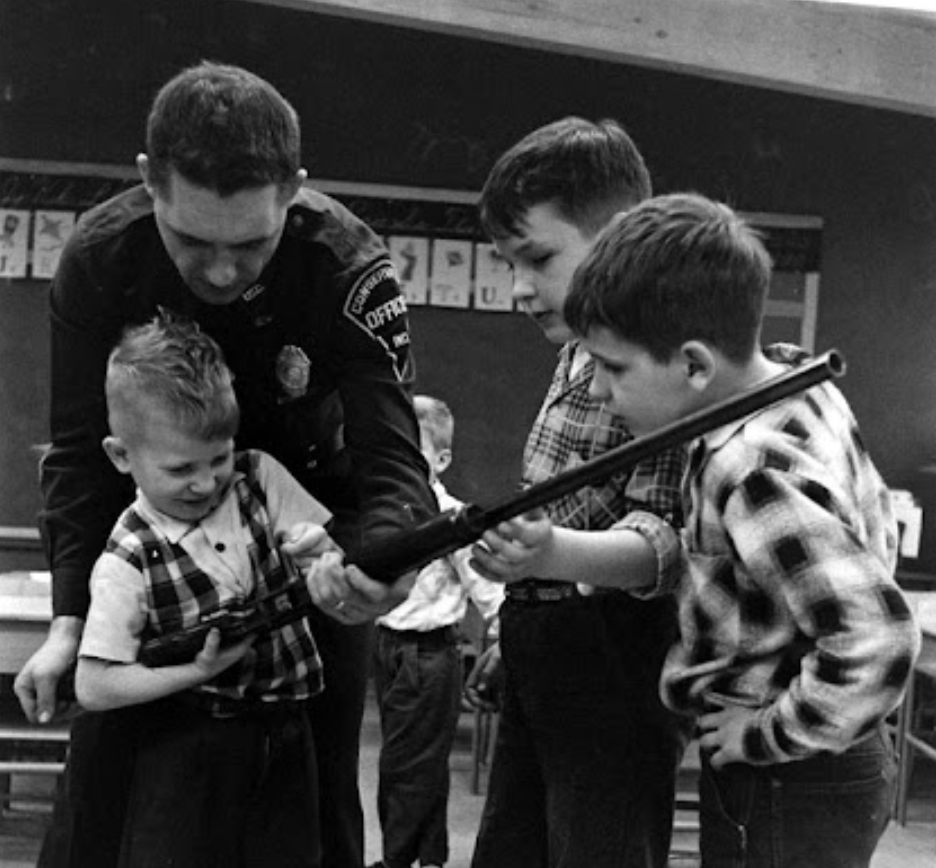 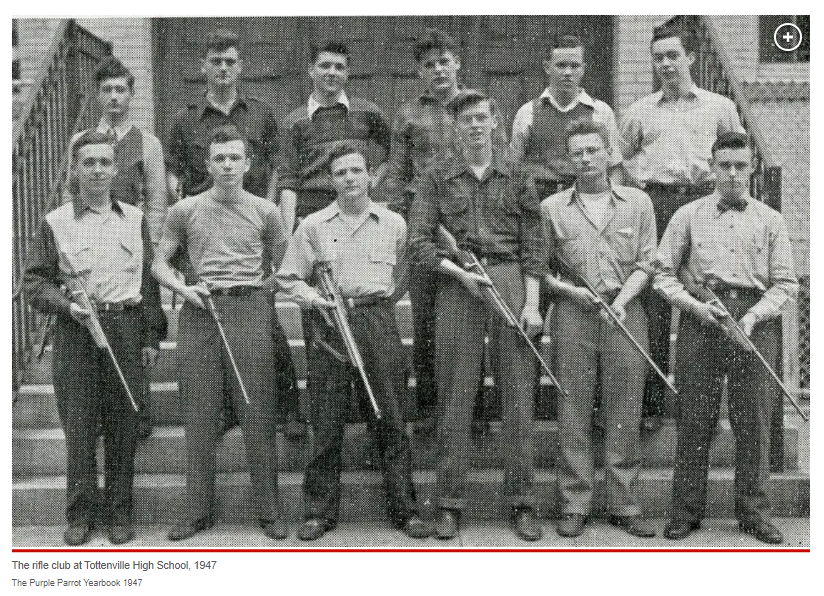 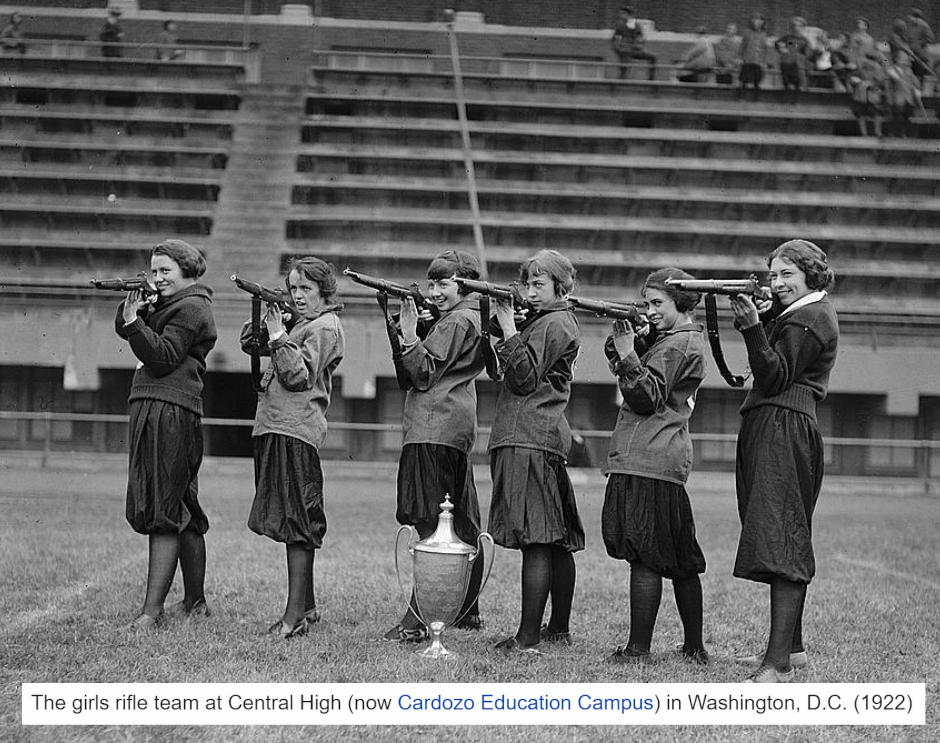 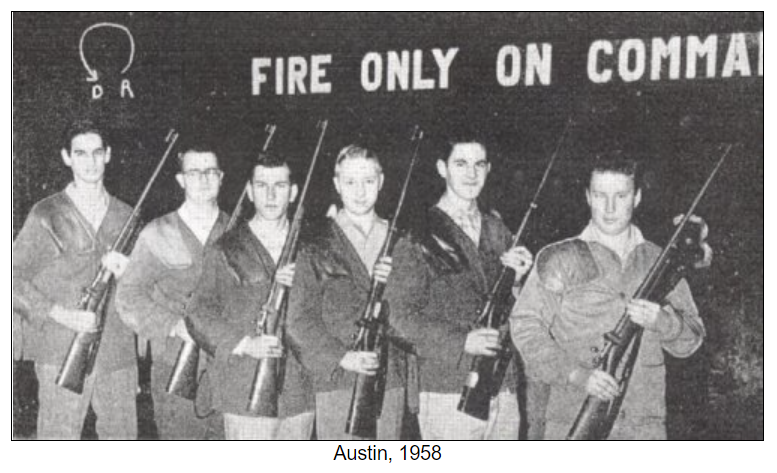 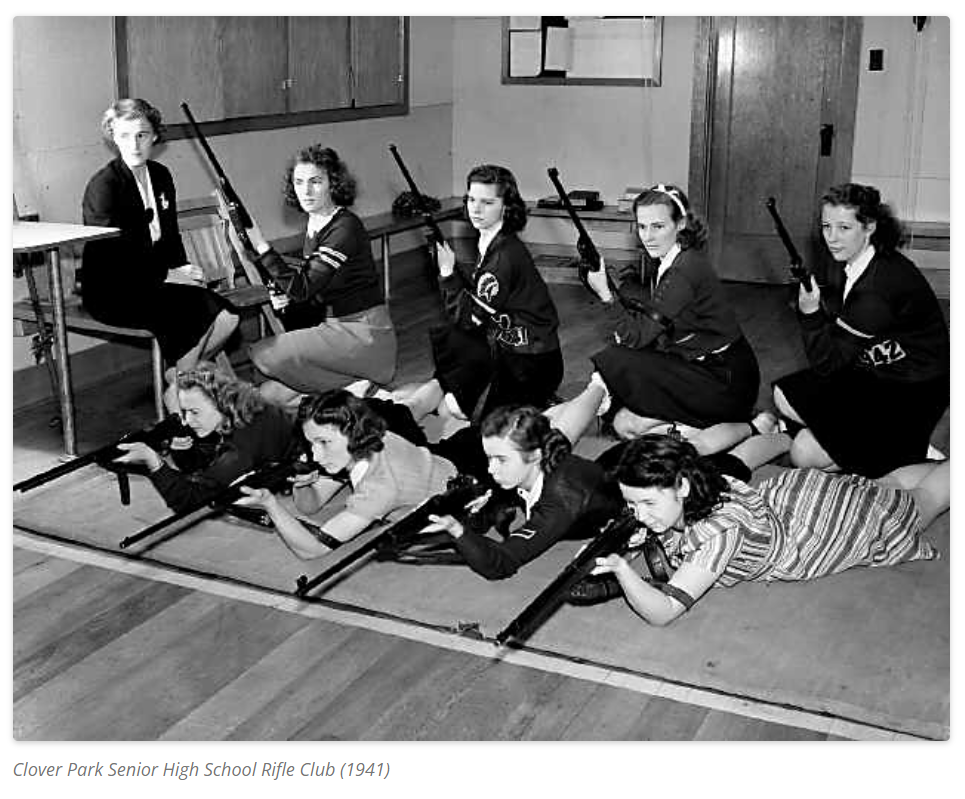 Related: School Shootings Aren’t Caused By Faulty Gun Laws But By The Collapse Of The Family.

at 12:18 PM
Email ThisBlogThis!Share to TwitterShare to FacebookShare to Pinterest
Labels: Firearms

What changed? Something that I DON'T see in the pictures...

Two parents in the home -> whats the percentage then vs now

True story, 1955: I, 17 years old, am elected by my classmates in the Home Room ( Where we met each day before formal classes began) to buy a going away gift from our Home Room group for the teacher who supervised us for the last 4 years.

I take the cash collected and I walk from the High School to the town business district, where I enter the combo sport shop/barber shop and buy a pump action shotgun and a box of shells.

Without wrapping the shotgun in any covering, I walk back to the high school and enter the front door. The principal sees me and says: "Hi Ron... where are you going with the shotgun" I tell him my Home Room decided to give Mr L a going away gift because we are about to graduate. The Principal giggles and replies:" What did you buy me?" ands sends me on my way.

Can you imagine the nightly news today if such a drama were repeated!!!

An essay by Marko Kloos in support of our inviolable sacrosanct RTKBA:

Why the Gun Is Civilization
Marko Kloos
March 23, 2007

Human beings only have two ways to deal with one another: reason and force. If you want me to do something for you, you have a choice of either convincing me via argument, or force me to do your bidding under threat of force. Every human interaction falls into one of those two categories, without exception. Reason or force, that’s it.

In a truly moral and civilized society, people exclusively interact through persuasion. Force has no place as a valid method of social interaction, and the only thing that removes force from the menu is the personal firearm, as paradoxical as it may sound to some.

When I carry a gun, you cannot deal with me by force. You have to use reason and try to persuade me, because I have a way to negate your threat or employment of force. The gun is the only personal weapon that puts a 100-pound woman on equal footing with a 220-pound mugger, a 75-year old retiree on equal footing with a 19-year old gangbanger, and a single gay guy on equal footing with a carload of drunk guys with baseball bats. The gun removes the disparity in physical strength, size, or numbers between a potential attacker and a defender.

There are plenty of people who consider the gun as the source of bad force equations. These are the people who think that we’d be more civilized if all guns were removed from society, because a firearm makes it easier for a mugger to do his job. That, of course, is only true if the mugger’s potential victims are mostly disarmed either by choice or by legislative fiat–it has no validity when most of a mugger’s potential marks are armed. People who argue for the banning of arms ask for automatic rule by the young, the strong, and the many, and that’s the exact opposite of a civilized society. A mugger, even an armed one, can only make a successful living in a society where the state has granted him a force monopoly.

Then there’s the argument that the gun makes confrontations lethal that otherwise would only result in injury. This argument is fallacious in several ways. Without guns involved, confrontations are won by the physically superior party inflicting overwhelming injury on the loser. People who think that fists, bats, sticks, or stones don’t constitute lethal force watch too much TV, where people take beatings and come out of it with a bloody lip at worst. The fact that the gun makes lethal force easier works solely in favor of the weaker defender, not the stronger attacker. If both are armed, the field is level. The gun is the only weapon that’s as lethal in the hands of an octogenarian as it is in the hands of a weightlifter. It simply wouldn’t work as well as a force equalizer if it wasn’t both lethal and easily employable.

When I carry a gun, I don’t do so because I am looking for a fight, but because I’m looking to be left alone. The gun at my side means that I cannot be forced, only persuaded. I don’t carry it because I’m afraid, but because it enables me to be unafraid. It doesn’t limit the actions of those who would interact with me through reason, only the actions of those who would do so by force. It removes force from the equation…and that’s why carrying a gun is a civilized act.

The collapse of the family is a definite factor in this "school shootings" equation. Another is a current justice system that lets criminals who use guns in their crimes walk, no matter how heinous their "gun violence" crime may be. Hell, just this week, a wannabe-presidential assassin was freed! John Hinckley, Jr. shot and tried to kill the President Of The United States. A Secret Service Agent and a D.C. Police Officer each took bullets to protect President Ronald Reagan, who nearly died in the attack. White House Press Secretary James Brady, also shot and wounded, would be permanently disabled, for the rest of a long life. That his death in 2014 was officially ruled a Homicide -- caused by the gunshot wound he received 33 years earlier -- is something we should've seen reported in our gun control-activist media that'd rather celebrate "free man" Hinckley. Talk about your freaking hypocrisy...

Hello, I apologize for this being off-topic. But I get consistent malwarebytes warnings for the "badblue" domain. Any of its pages like tech and whatnot will be blocked. I always see links from aoshq but I get the warning block when I try to follow them. Does anyone know what this is about? Perhaps there is a better place for me to ask maybe? Thanks.

@anon - 10:24 - haven't heard that before, but recommend you try a different browser or mobile device to see if the same behavior occurs. Thanks douglas.ross@gmail.com