If you'd like to get a sense of how successful nationalized healthcare would be, look no further than Boston's "Big Dig" project. Originally estimated at $2.6 billion, the final total appears to be $14.8 billion -- a measly 570% overrun. As 2007 draws to a close, so does the largest public works project in history. 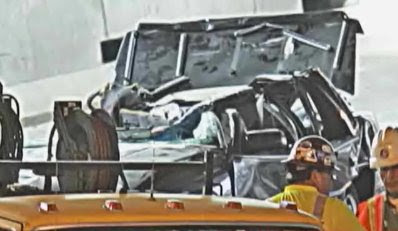 Civil and criminal cases stemming from the July 2006 tunnel ceiling collapse continue, though on Monday the family of Milena Del Valle announced a $6 million settlement with Powers Fasteners, the company that manufactured the epoxy blamed by investigators for the accident. Lawsuits are pending against other Big Dig contractors, and Powers Fasteners still faces a manslaughter indictment...

...The Leonard P. Zakim Bunker Hill Bridge — the project's signature element — went through dozens of revisions as designers labored to come up with the most practical and elegant way to cross the Charles River. 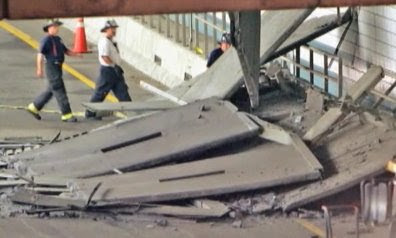 But the project's darkest day came near the end of construction in 2006 when suspended concrete ceiling panels in a tunnel leading to Logan Airport collapsed, crushing a car and killing Del Valle, 39, a passenger in the vehicle driven by her husband.

The tunnel was shut down for months as each of the remaining panels was inspected and a new fastening system installed. A federal investigation blamed the use of the wrong kind of epoxy and the Massachusetts attorney general indicted the epoxy manufacturer. 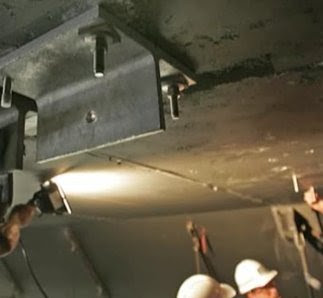 But is the project really over? That remains to be seen. As recently as August of this year, federal officials were expressing serious concerns about the "practical and elegant" Zakim Bridge:

Federal inspectors say six steel plates securing support cables on Boston's Zakim Bridge show signs of warping and could pose a threat... Six warped plates were found on the bridge, the report said. The plates connect the bridge's cables to its steel girders... 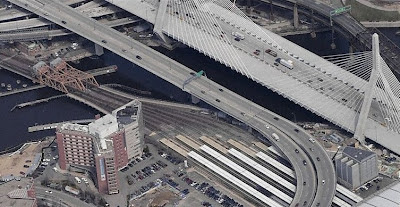 Isn't it beautiful (not to mention 'practical and elegant')?
The defects had not been previously reported and a federal report says the damage should have been spotted earlier...

In October, however, the feds called off daily inspections of the bridge, saying they were "no longer needed."

I'm sure that I-93 commuters are comforted to know that everything is hunky-dory now. One hopes that officials aren't as mistaken about the bridge as they once were with the tunnel's ceiling.

Jammie Wearing Fool and A Blog for All have more.
at 9:39 AM
Email ThisBlogThis!Share to TwitterShare to FacebookShare to Pinterest
Labels: Boondoggles, Democrats, Kennedy, Unions