A CNN video provides an excellent snapshot into the mindset of Wrong Paul. 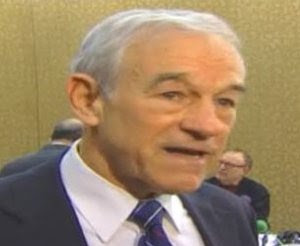 In short, Paul believes Al Qaeda is justified in being "annoyed" at the U.S., since we've thus far disrupted hordes of suicidal freaks that are trying to get their hands on nuclear weapons. Said freaks would -- and have promised to -- set fire to our cities in a heartbeat if given the chance.

Just days ago, on Meet the Press, the Ronket Scientist pilloried Abraham Lincoln for fighting the civil war. Furthermore, Paul would pull American forces from every corner of the globe because it just pisses people off when we extend economic aid, project force, and stay on offense against extremist murderers who seek the destruction of the U.S. (and could easily gain access to the war machines needed for such an effort). 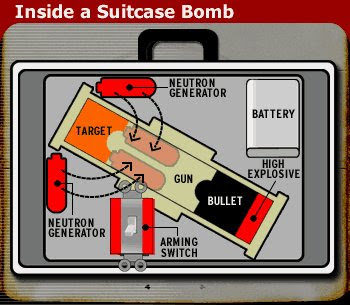 Here's a memo to Paul and his nutcase followers: it won't work to pretend that this is 1642 and that tiny weapons, capable of wreaking catastrophic damage, don't exist.

Even Thomas Jefferson, who Paul likes to reference, sent the U.S. Navy and Marines to Tripoli to project force against the Barbary states. Every President since Jefferson has been willing to project power abroad. And the need to do so -- when the technology to torch a city can fit into a suitcase -- is more crucial than ever.

I have been convinced for some time that the vast majority of Paulians are actually far left, antiwar Democrats ('moonbats' is the term they prefer, I believe) running a false-flag operation on the GOP.

Update: CBS describes yet another clusterhuck from the Man from Hope II campaign. First, Huckabee "apologized" for the Bhutto assassination (uh... what??). Then, he misspoke about martial law in Pakistan. Aside from that, his performance was exceptional.