Forward: Americans working six months to pay for the cost of government... only six more months to go, comrades!

This year, Americans have to work until July 15 to pay for the burden of government, more than six months...

"Cost of Government Day is the date of the calendar year on which the average American worker has earned enough gross income to pay off his or her share of the spending and regulatory burden imposed by government at the federal, state and local levels," reads the report [PDF].

The report, Cost of Government Day, shows that Americans will work 88 days to pay for federal spending; 40 days for state and local spending; and 69 days for total regulatory costs. 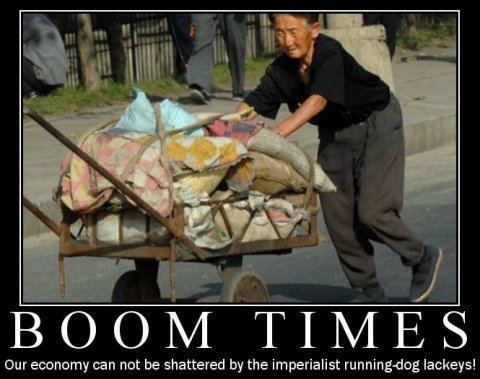 "From a different perspective, the cost of government makes up 54.0 percent of annual gross domestic product (GDP)," reads the report. "What's more, the largest tax hike in the nation's history is scheduled to take place at the end of 2012 unless Congress acts to protect taxpayers. If this tax increase is allowed to hit, COGD [Cost of Government Day] could permanently be pushed back into August and beyond."

Only five-and-a-half months until we get to Democrat Utopia! And we'll know precisely when we've achieved it: it's the moment when you and I are working side-by-side in the rice paddies, receiving exactly the same health care benefits... and there's zero income inequality.