"We tried our plan... and it worked!" -- Record 1 in 6 Americans on foodstamps or disability

Historic is one word I'd use to describe this administration, as more than 55 million Americans are now on foodstamps or disability:

America's transition into a welfare state continues, as May saw a new all time high number of American households, 22.3 million to be exact, enter technical poverty and collect foodstamps... 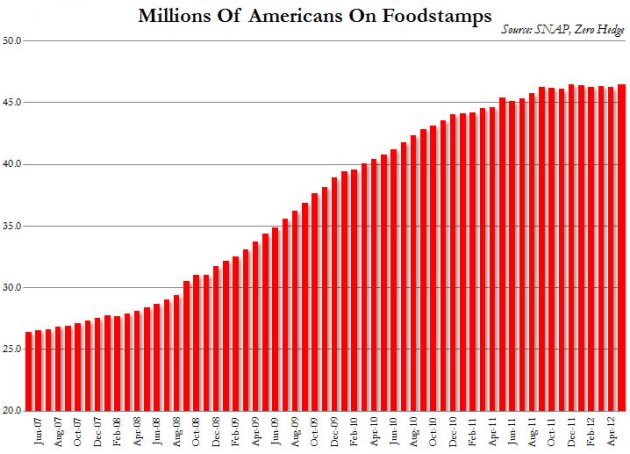 ...At the individual level, 46.5 million Americans lived off foodstamps, a 222,157 increase in the month, or nearly three times the number of people who found jobs in June according to the BLS. Next month this too will be a record, as it is currently just 17,367 before the previous all time high set in December of 2011... 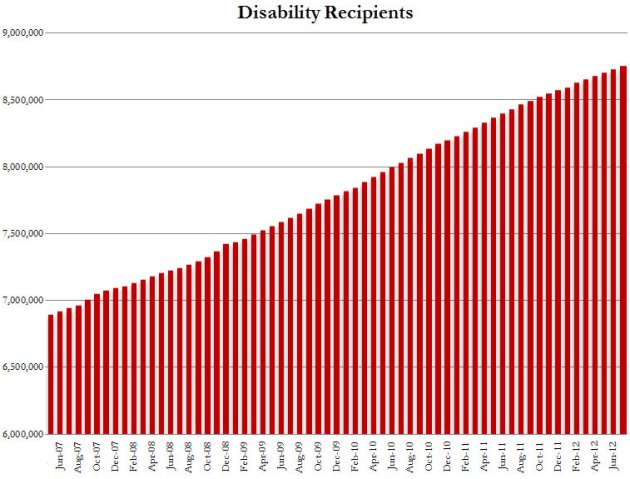 ...The good news, and we use the term loosely, is that the average benefit per household rose from all time lows of $275.82 to $276.76. Surely, the bottom is in and just like housing, there is on blue skies ahead...

So it turns out President Obama's recent statement -- "We tried our plan... and it worked!" -- was entirely accurate. That is, if his plan was the Cloward-Piven-inspired destruction of American capitalism.

Weeeell, if this is evidence that O'Chucklehead's plan "worked", let's please dump the "plan" -- and dump O'Chucklehead as well.